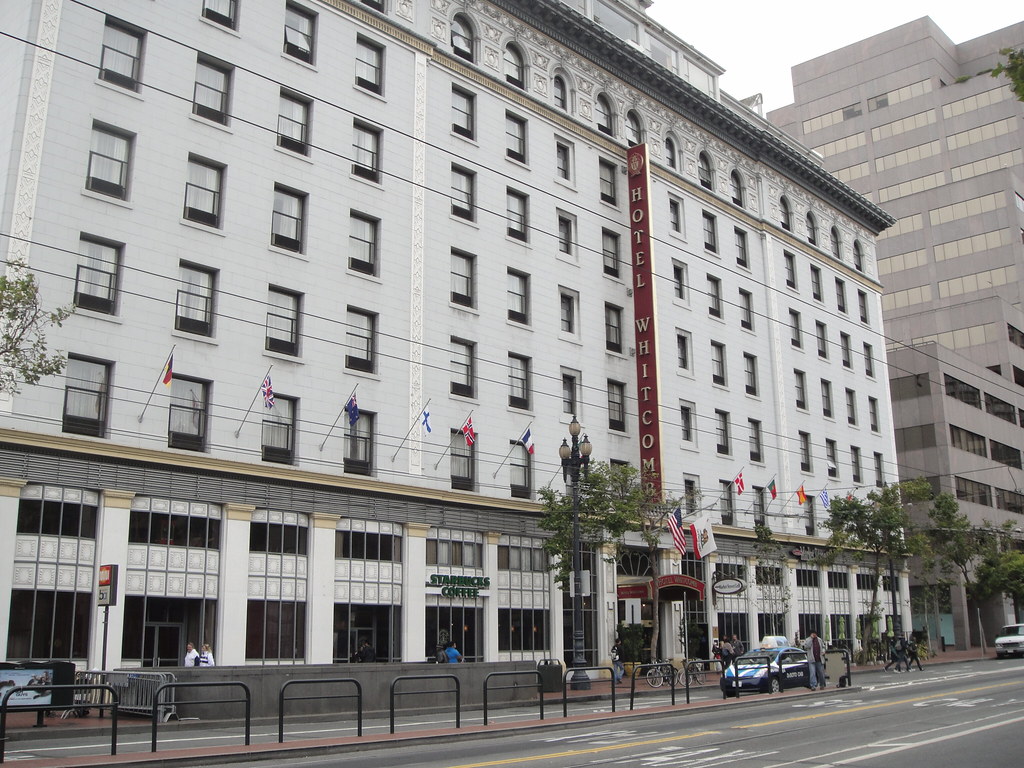 San Francisco has opened 28 shelter-in-place hotels for people experiencing homelessness including the ornate and historic Hotel Whitcomb on Market Street. Altogether, there are more than 2,000 rooms available to shelter in place.

San Francisco is willing to open more hotel rooms to the homeless but may face roadblocks from hotel owners and service providers who would be needed to staff the sites.

On Monday, the city’s Department of Homelessness and Supportive Housing sent a letter to community organizations outlining a rough plan to address an influx of funds expected from the Biden administration, which said it will fully reimburse local governments the cost of temporarily housing COVID-vulnerable homeless people in hotels. But the city’s letter comes with a caveat.

Politicians and advocates are calling the unprecedented commitment of federal funding a once-in-a-lifetime opportunity to shelter the homeless at little cost to municipalities. But the city needs hotels and providers on board to expand the program, and it’s unclear if they will sign on.

From an economic perspective, it’s a “double edged sword” for hotels to rent rooms to local governments for shelter-in-place purposes, said Pete Hillan, spokesperson for the California Hotel and Lodging Association. Any liability issues are the responsibility of the hotel owner, not the leaser.

And, as the vaccines roll out, there is increasing hope that tourism will return. “If you take a number of hotels off the market, they’re at risk of having reduced rooms,” he said, noting that means fewer tax-generating opportunities.

San Francisco has opened 28 shelter-in-place hotels for people experiencing homelessness since the pandemic began, ranging from the motel-style Civic Center Inn to the ornate and historic Hotel Whitcomb. Altogether, there are more than 2,000 rooms available to shelter in place. But when the program first launched, Mayor London Breed said she’d hoped to hit 7,000.

Other California cities across have also experienced pushback from hotel owners. In Los Angeles, city officials set the ambitious goal of renting 15,000 hotel rooms at the beginning of the pandemic. But at the program’s height, they were able to secure only 3,774 rooms.

The head of Los Angeles County’s Homeless Initiative, Phil Ansell, told the Los Angeles Times that a contributing factor was that owners of hotels and motels were often unwilling to participate in the shelter-in-place program, due to arguments around room costs, insurance complications and image concerns.

Tourism not expected to return for years

“San Francisco’s hotel community has been in the forefront of housing our most vulnerable populations and essential workers from the earliest days of the pandemic,” said Kevin Carroll, president and CEO of the Hotel Council of San Francisco.

He noted that hotels will continue to partner with the city, but also hinted at a shift in priority. Now, he said, “our main focus is getting back to doing what we do best: supporting San Francisco’s number one industry, tourism, and when safe, welcoming visitors back to help our economy recover and grow.”

The hotel and lodging association doesn’t expect San Francisco’s tourism to fully bounce back until 2024. Conventions, which drive much of the city’s tourism industry, will likely be virtual through the foreseeable future. And those who do travel, Hillan said, may avoid urban areas and crowds over COVID-19 concerns.

Even if hotels accept the city’s offer to rent out rooms until the end of September, providers may not be willing to run them. The Public Press reached out to several nonprofits who operate shelter-in-place hotels to see if they would be open to expanding their programs but did not hear back by publication time.

Hiring and training staff for a hotel is a large undertaking, and many providers are frustrated with the city’s wind-down plan and communication during the pandemic. Numerous complaints have arisen during city-led hearings on the hotels, ranging from frustration around the city’s plan to transfer people to permanent housing to concerns about staff layoffs once the hotels close.

Legislators have a little more than a month before the emergency ordinance drafted by Supervisor Matt Haney to expand the shelter-in-place program is up for review. Under the ordinance, which lasts for 60 days, two-thirds of all vacant hotel rooms in the program must be filled with people living outdoors.

On Wednesday, Haney tweeted that last week, only four people had been brought off the streets and placed in vacant hotel rooms. And there is little clarification around how many people still live outdoors and would qualify for shelter-in-place hotels.

In the meantime, those living on the streets are left with few options for accessing shelter, even as the weather worsens. The only winter shelter to open so far is the Interfaith Winter Shelter Program, which provides 67 beds through Jan. 31.