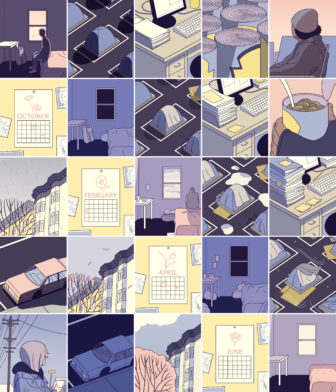 Left Out
Spring 2022
Why are people living on the streets not getting indoors? In more than 1,600 cases, they’ve been approved for housing but not gotten in while hundreds of rooms sit ready, but empty. Reporter Nuala Bishari investigated for the Public Press and @propublica. 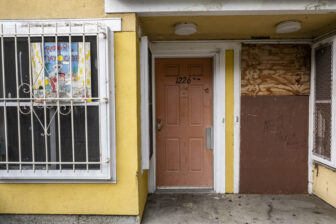 Public Housing in Private Hands
Spring 2021
With the pandemic raging, we focus on the most vulnerable renters in the nation’s most expensive housing markets: People living in subsidized housing. We explore decisions made by public officials and private housing development companies, the limits of local and state eviction moratoria and living conditions. 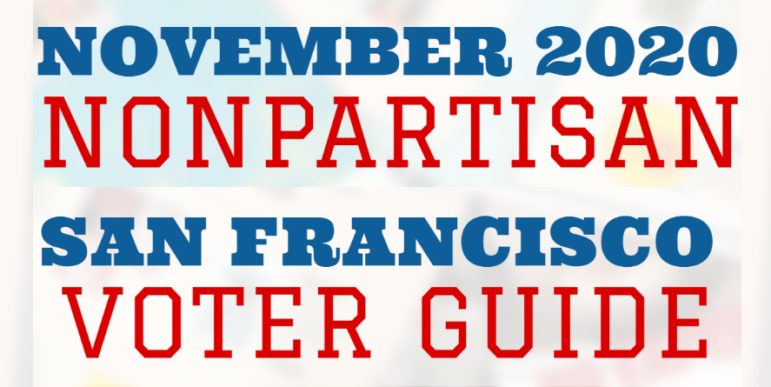 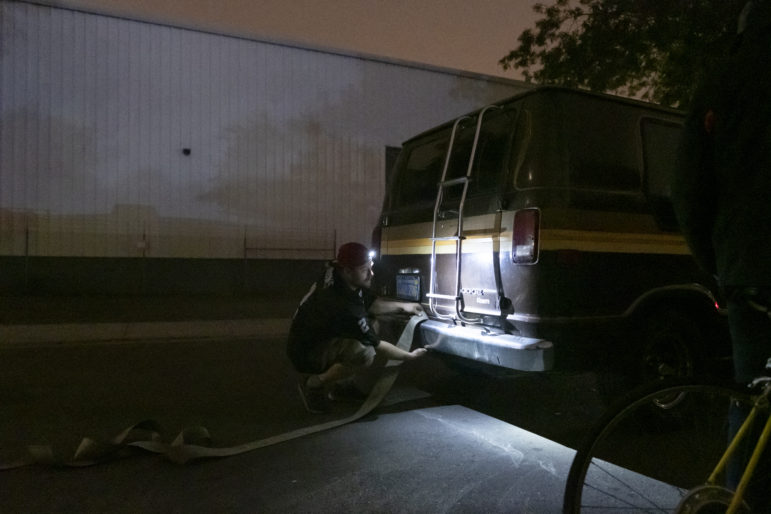 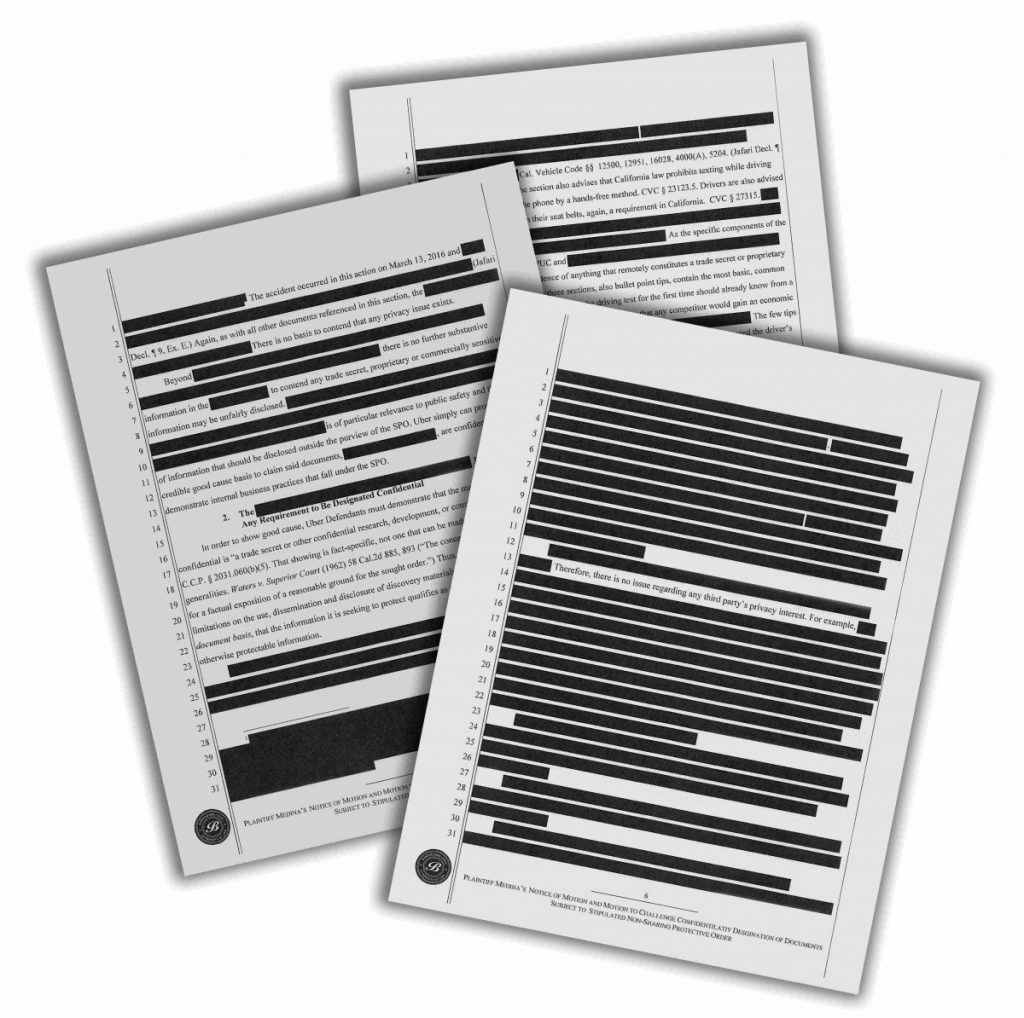 Ride-Hailing’s Dark Data
Winter 2020
A months-long investigation by the San Francisco Public Press revealed that the California Public Utilities Commission — the agency charged with regulating the state’s ride-hailing firms — has kept reports on thousands of accidents involving Uber and Lyft under wraps. 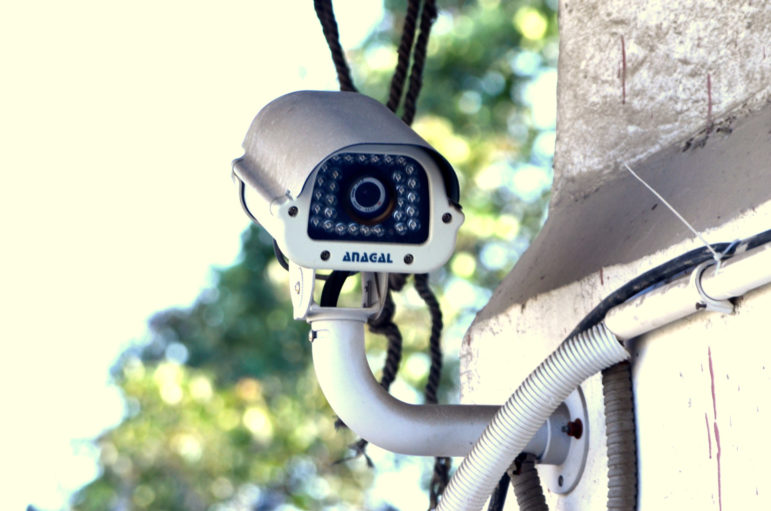 Data Privacy
Winter 2019
Who surveils those who survive us? A collection of stories and reports that investigate issues surrounding data privacy. 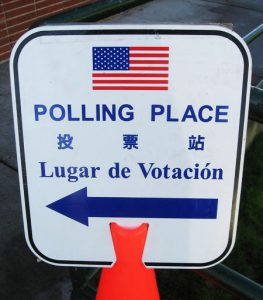 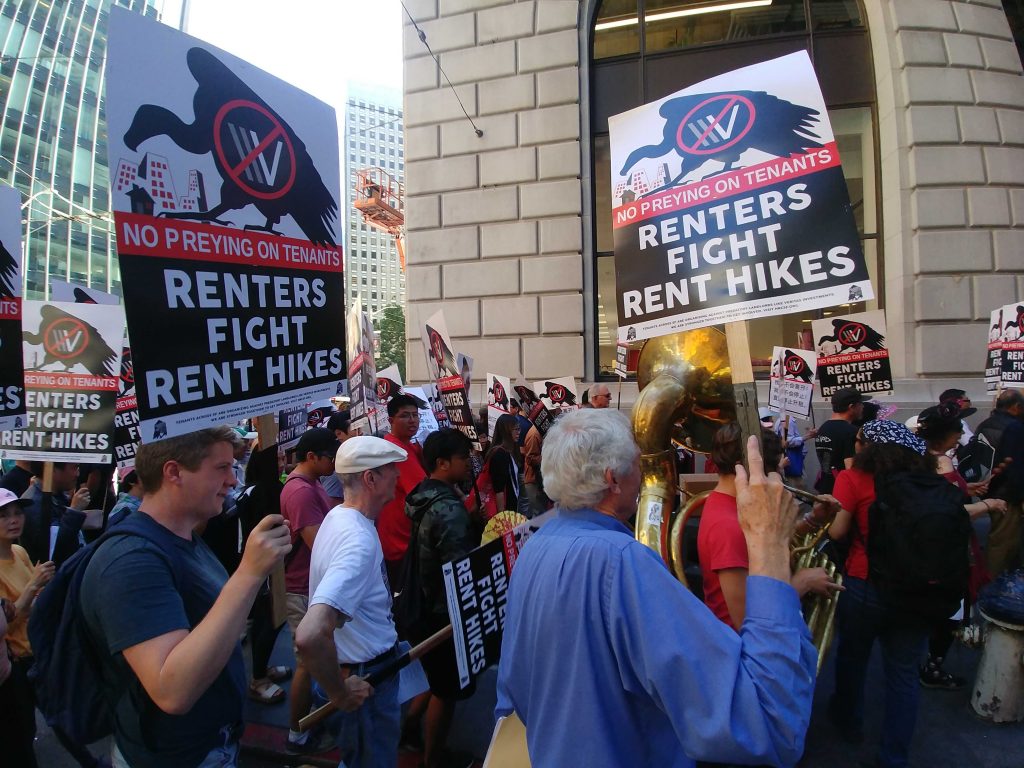 Renters vs. Veritas
Spring-Summer 2019
The big landlord says charges are false, and a company spokesman accuses attorneys for tenants of pushing a ‘false narrative.’ 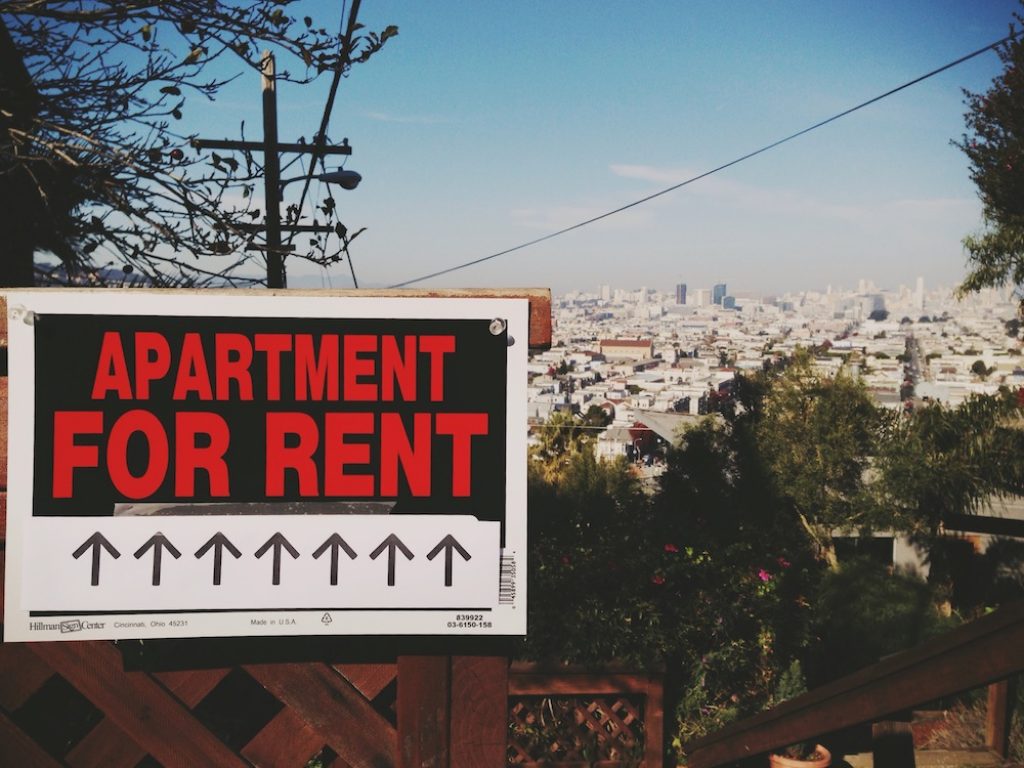 Remaking Rent Control
Fall 2018
Housing Solutions: Landlords vs. Renters.  Cities would regain power to regulate rental housing if Proposition 10 passes in November 2018, repealing Costa-Hawkins. But would that help or hurt the affordability crisis? 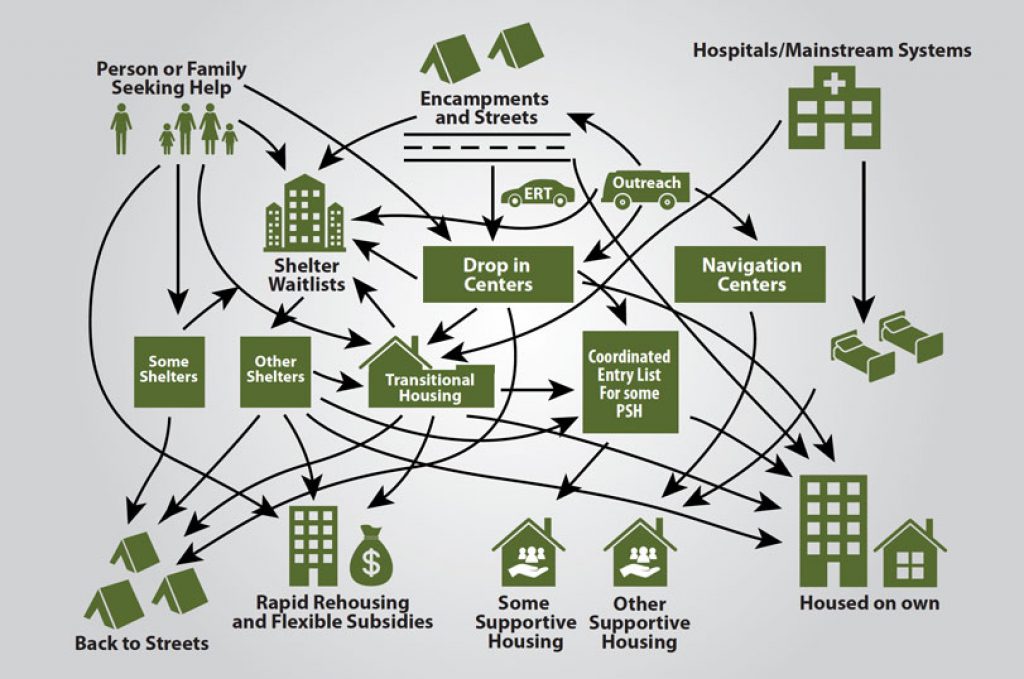 Solving Homelessness: Part 2
Spring 2018
A humanitarian crisis has persisted on our streets for years and seems to have worsened as housing prices and rents have skyrocketed. These stories follow on two recent special reports, from summer and fall of 2017.

Solving Homelessness: Ideas for Ending a Crisis
Fall 2017
When Mayor Ed Lee launched the city’s “pioneering” navigation centers in 2015, he envisioned that homeless people would move from the streets to long-term housing in 10 days or less. But reality quickly crushed that idea, in large part because housing was scarce. 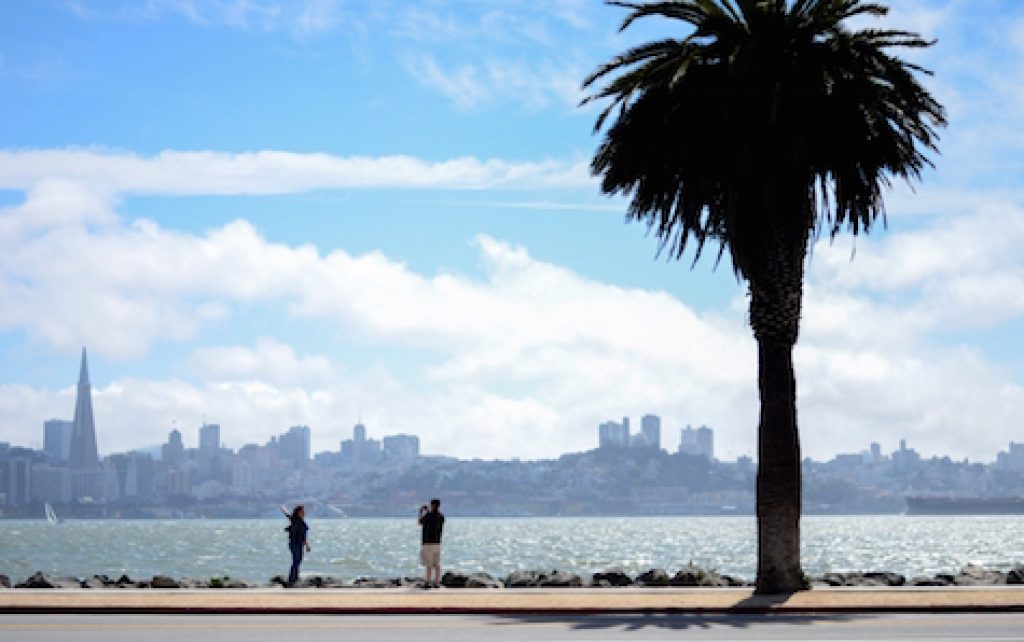 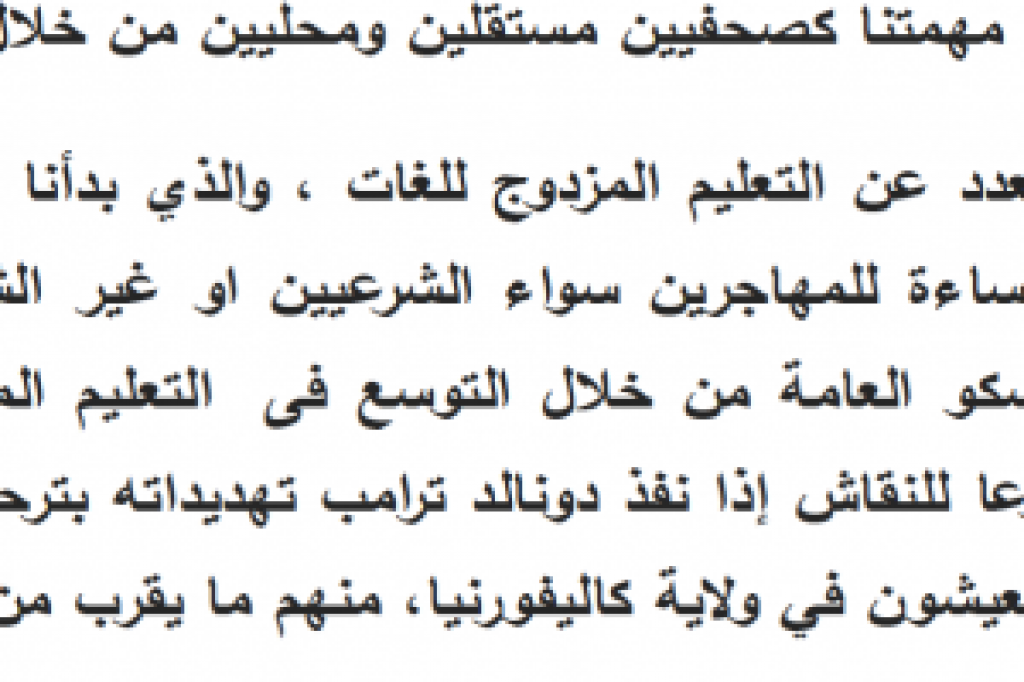 Bilingual Schools
Winter 2017
Education or deportation? That’s one startling question we are grappling with as San Francisco becomes more of a political outlier in the aftermath of the 2016 elections. 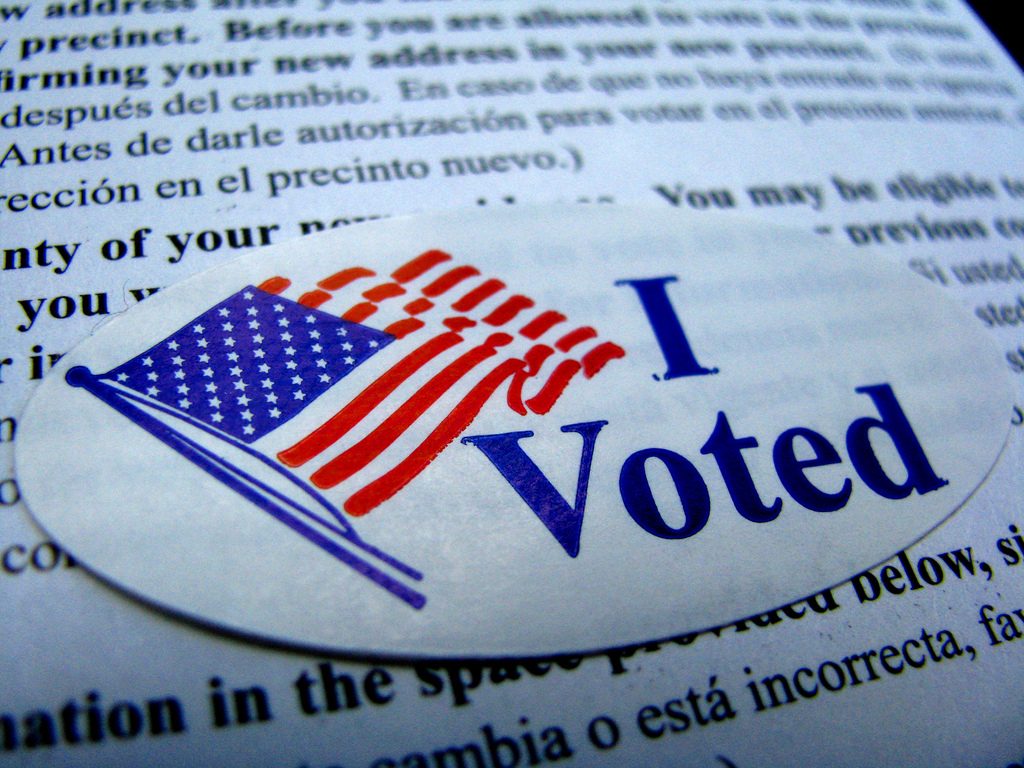 Campaign Finance: The Rising Cost of Winning Votes
Summer 2016
2015 was a high-water mark year for spending on San Francisco elections, with nearly $28 million flowing into slick campaigns that flooded the airwaves and filled mailboxes with questionable claims about measures and candidates. 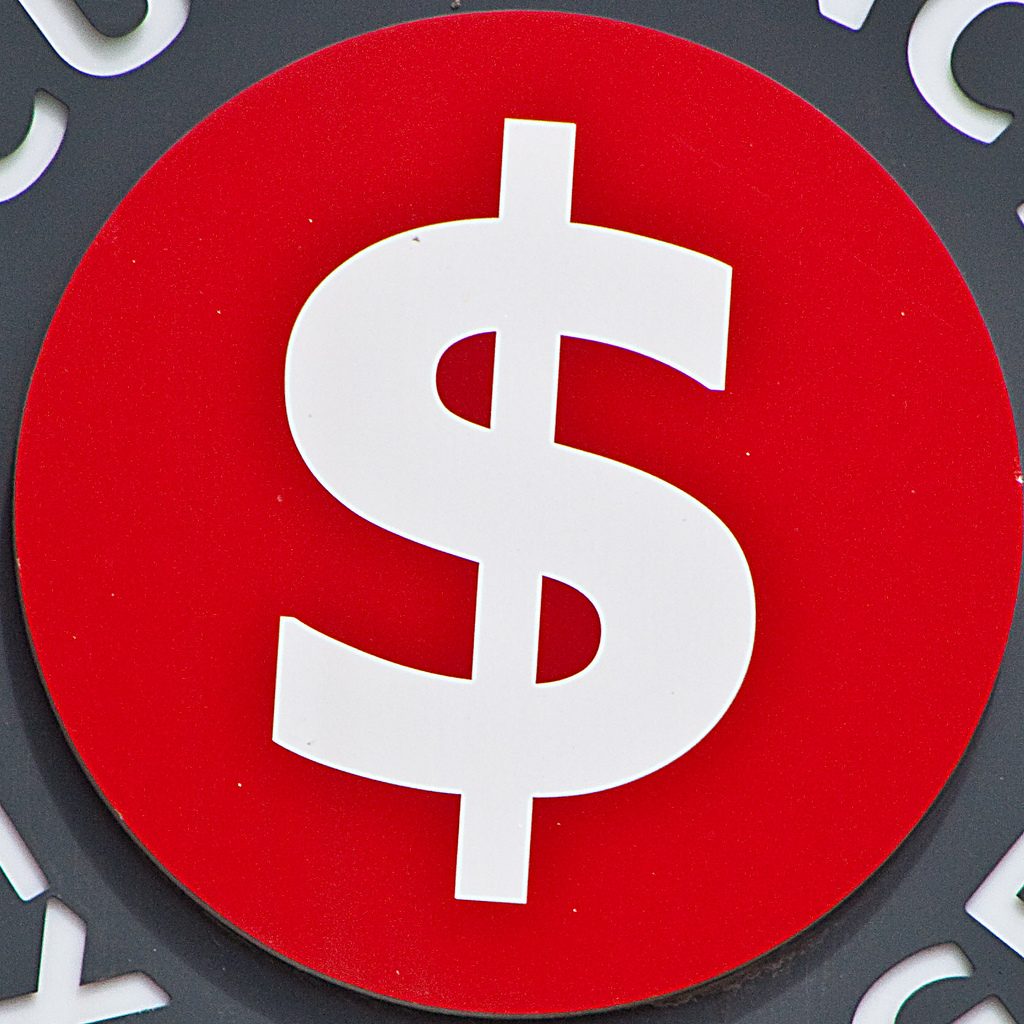 The Cost of Living Here
Winter 2016
San Francisco has attracted droves of high-income earners, giving it a larger share of wealthy residents than any other U.S. city. That is making living here increasingly unaffordable for everyone else. 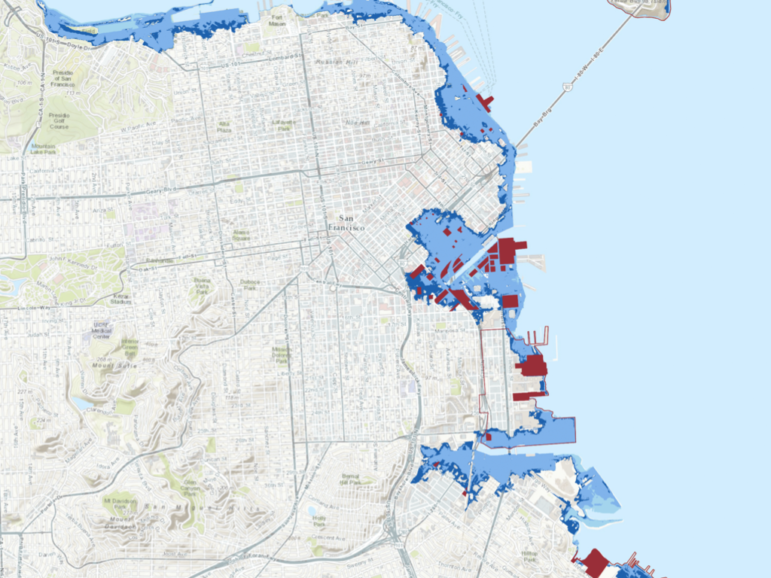 Sea Level Rise: 1st in a Series
Summer 2015
In examining approval processes for new buildings on the edge of San Francisco Bay, our team found that some cities are greenlighting waterfront development without planning for the long term or fully accounting for the future cost of reconfiguring large projects to resist flooding. Summer 2015.
Choice Is Resegregating Public Schools
Winter 2015
Despite their aspirations and efforts, San Francisco schools are increasingly segregated. Last school year, a single racial group formed a majority at six out of 10 schools. Our investigation tries to find out why. Winter 2015.
Solving Homelessness: Ideas for Ending a Crisis
Fall 2014
Attempts to alleviate homelessness with subsidized supportive housing are not keeping pace with growing demand. Reforms could give those waiting for a room an idea of when they might get off the streets or out of a shelter. 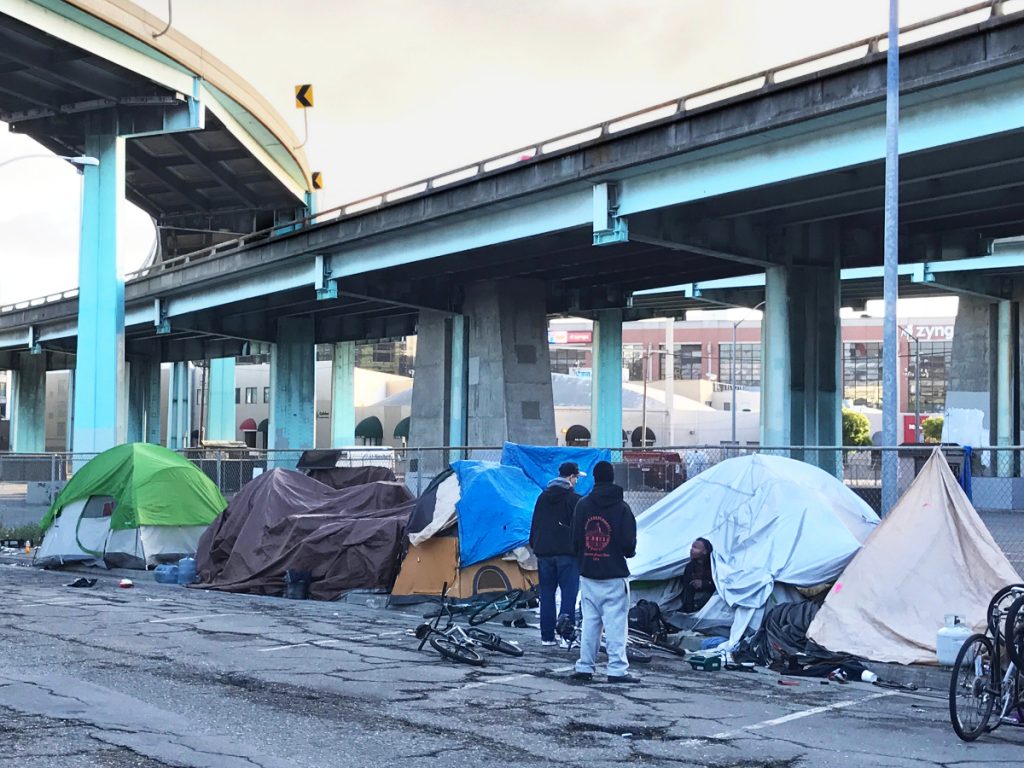 Housing Solutions
Summer 2014
This experiment with solutions journalism paired reporting with the Hack the Housing Crisis conference to explore innovative ideas for keeping rents down and adding more housing while preserving San Francisco’s diverse communities and cultures.
San Francisco 2015 Nonpartisan Election Guide
Fall 2015
All told, hundreds of millions of taxpayer dollars are on the line on the November 2015 ballot. And if this year mirrors previous off-year elections, then a minority of San Franciscans will decide the outcome.
Homelessness and Mental Health
Fall 2014
Fall 2014: 10 years on, ‘Housing First’ missed many, while thousands wait in shelters and on street for a chance at recovery. 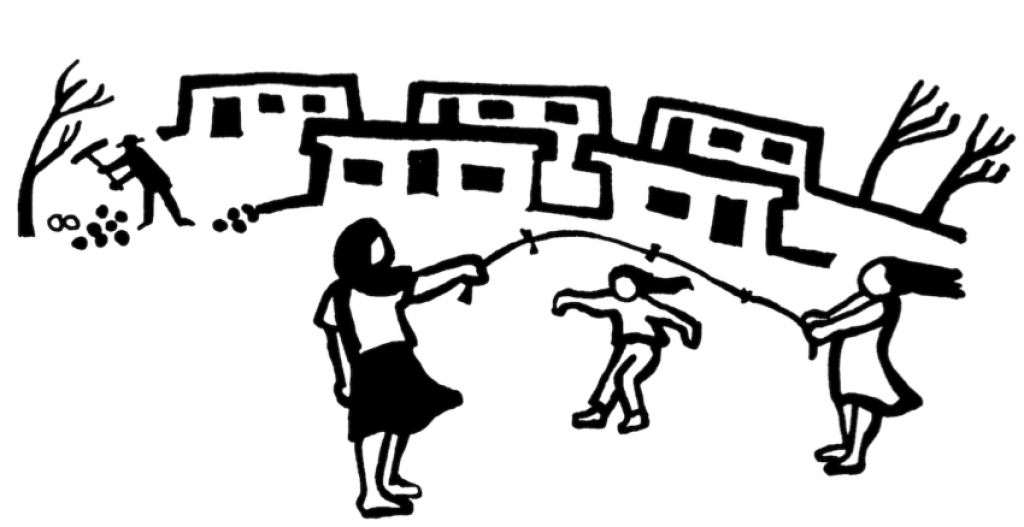 Public Schools
Winter 2014
Reporters examined tax records from PTAs and data from the city’s public schools. While fundraising helped a small number of elementary schools avoid the worst effects of recent budget cuts, belts continued to tighten at schools with more economically disadvantaged students.
Workforce Development
Fall 2013
San Francisco spends more than ever on job training, placement subsidies and a slew of supportive services. Is this effectively boosting employment? For many programs it is hard to say, because the system is so fragmented. 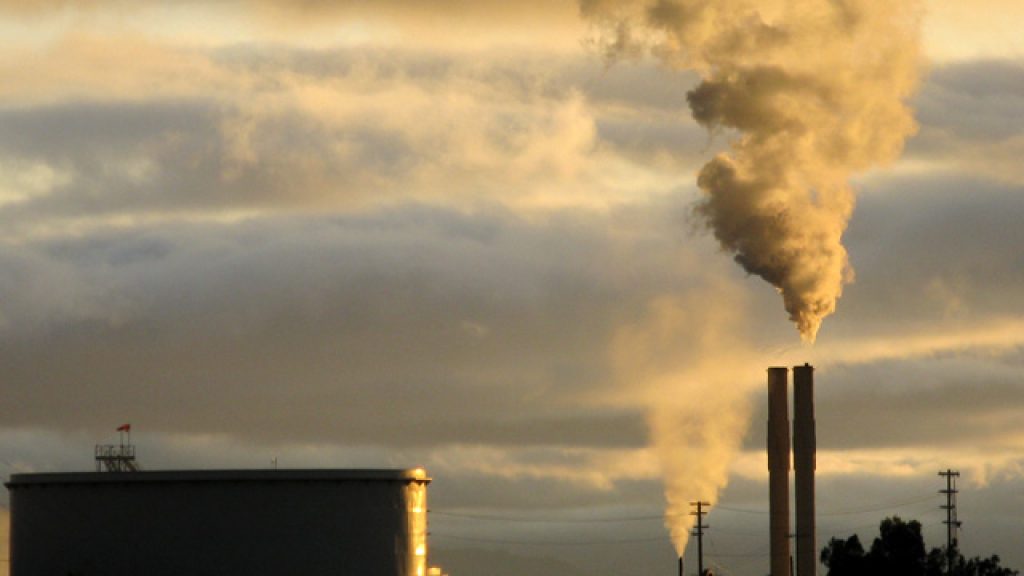 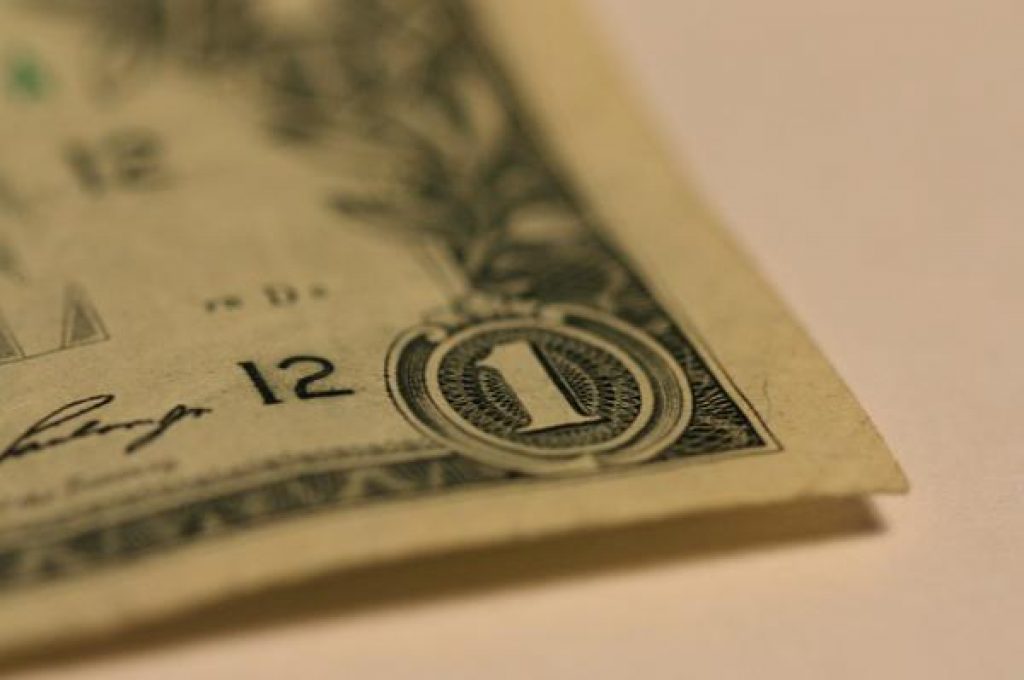 Minimum Wage
Under San Francisco’s 10-year-old minimum wage law the city recovered back wages for only a fraction of workers cheated by their bosses while technically the city boasted the highest minimum wage is the nation. 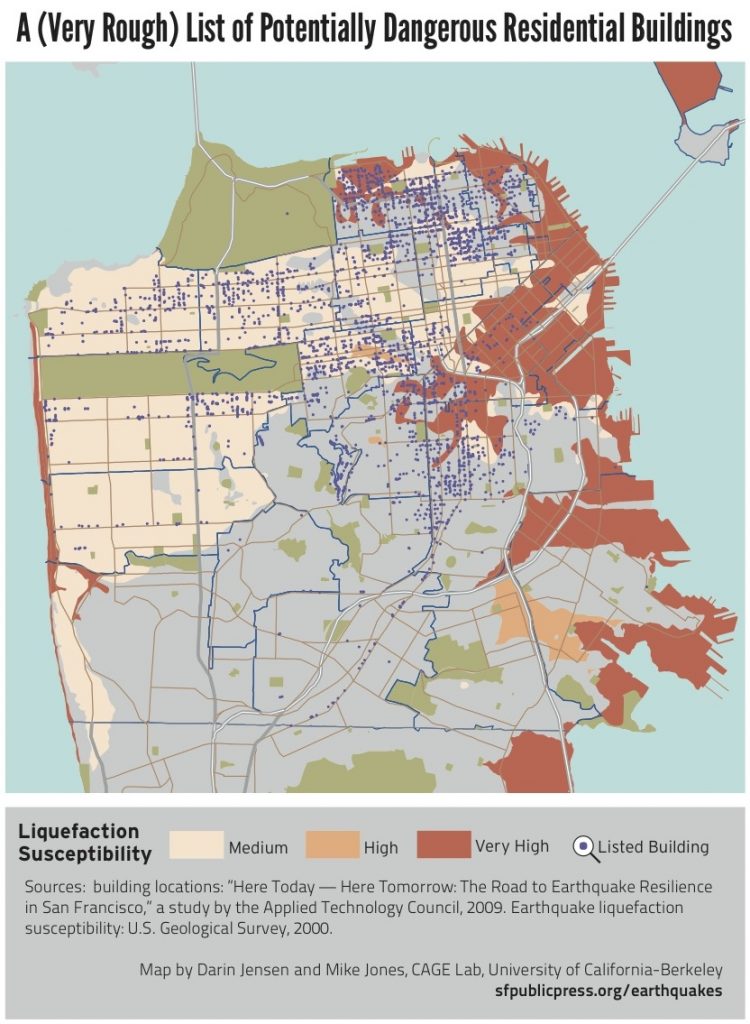 Earthquakes
Winter 2013
Thousands of homes in San Francisco are more vulnerable to earthquakes because of delays in mandatory retrofitting. Before this report was published, many landlords and tenants did not know their homes were among those needing upgrades.
Domestic Violence
Fall 2012
An investigation into San Francisco’s uneven response to domestic violence exposed holes in the tracking of criminal cases and a declining rate of prosecution for abuse within the home. 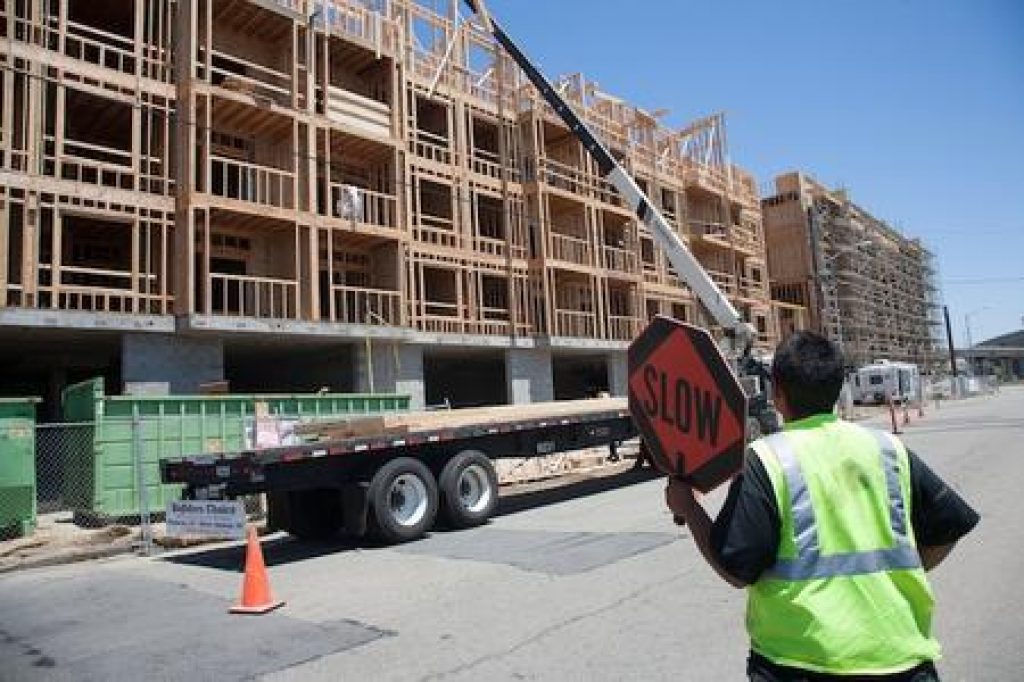 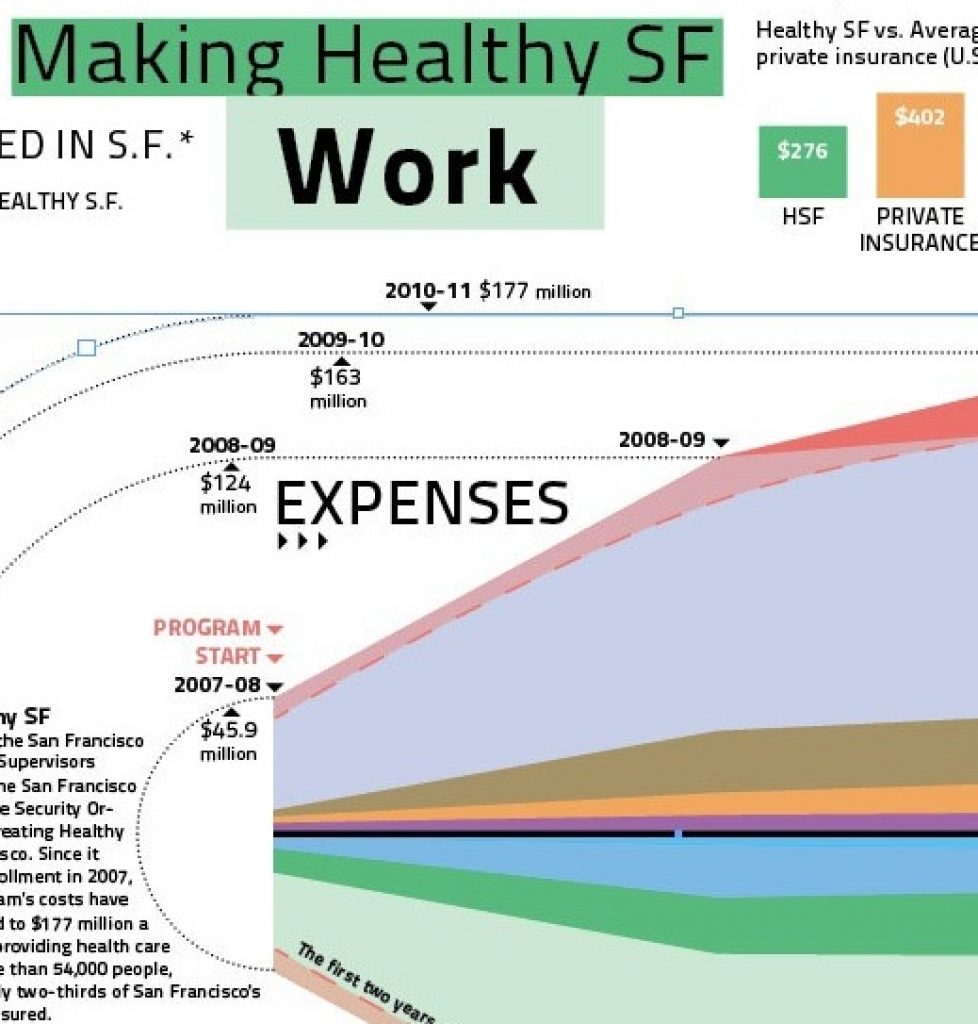 Healthy SF: Who Pays?
Winter 2011
Under the Healthy San Francisco program — the city’s attempt at local universal health care — quality of the care is great. But with uncertain funding and high hidden costs maintaining the program is a challenge. 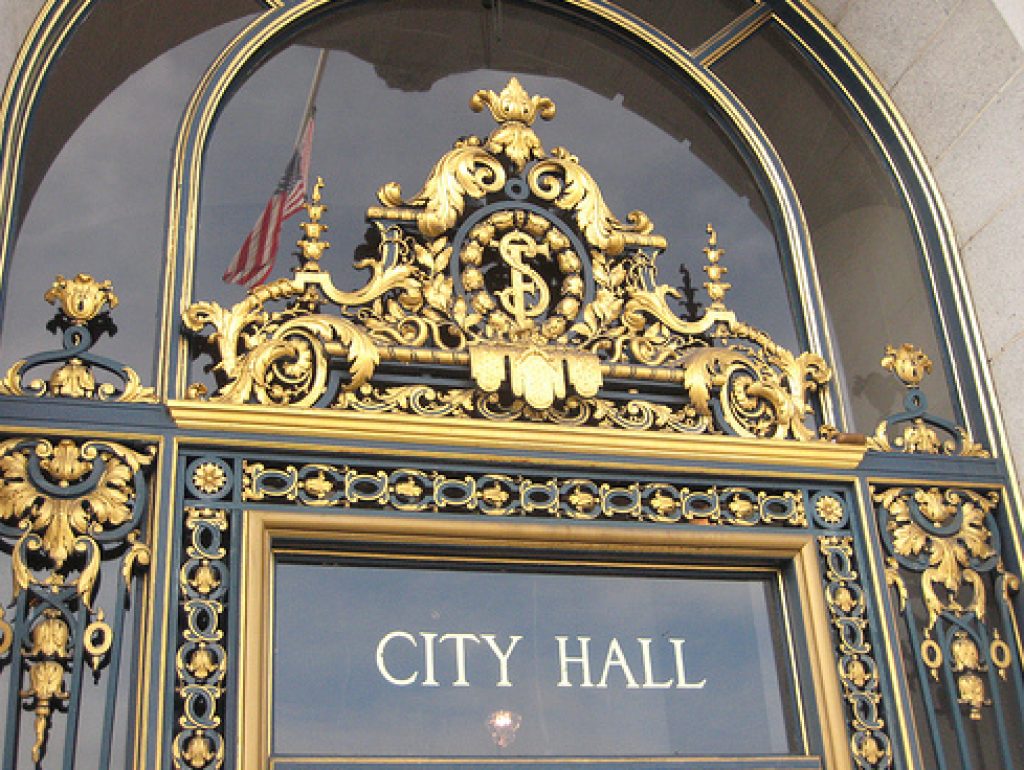 Better Budget
Fall 2011
San Francisco’s budgeting process is broken. In a time of fiscal austerity, many city departments ignore audits that could save millions of dollars. Includes a take on the “participatory budgeting” trend. 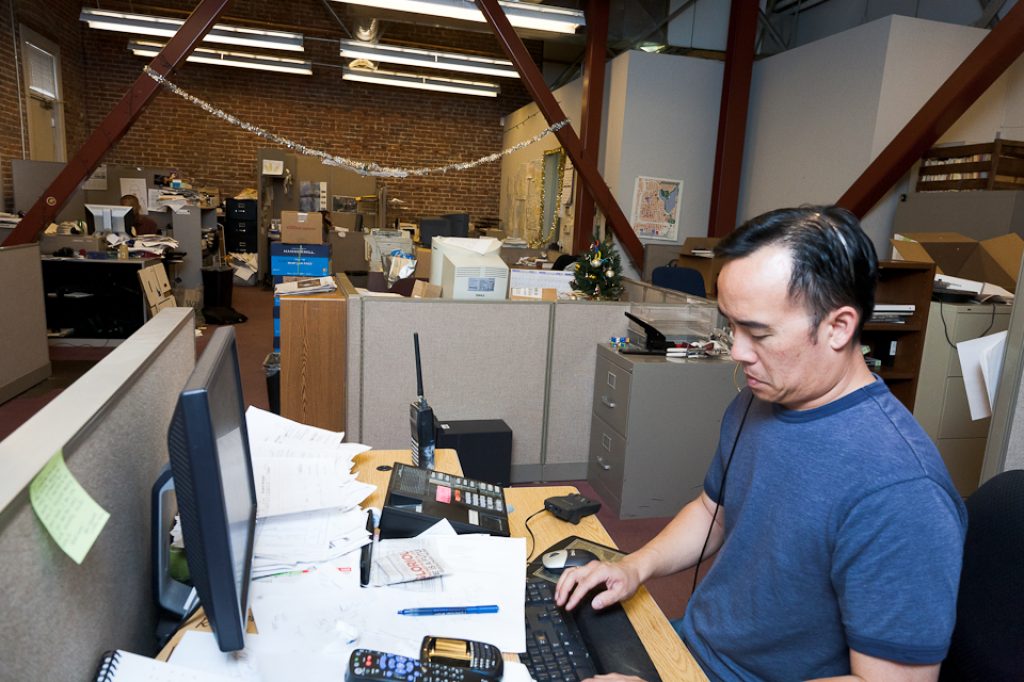 Media Meltdown
Summer 2011
Half of Bay Area newspaper jobs evaporated in the past decade. What caused the media meltdown? Can tech media startups make up for what’s been lost? 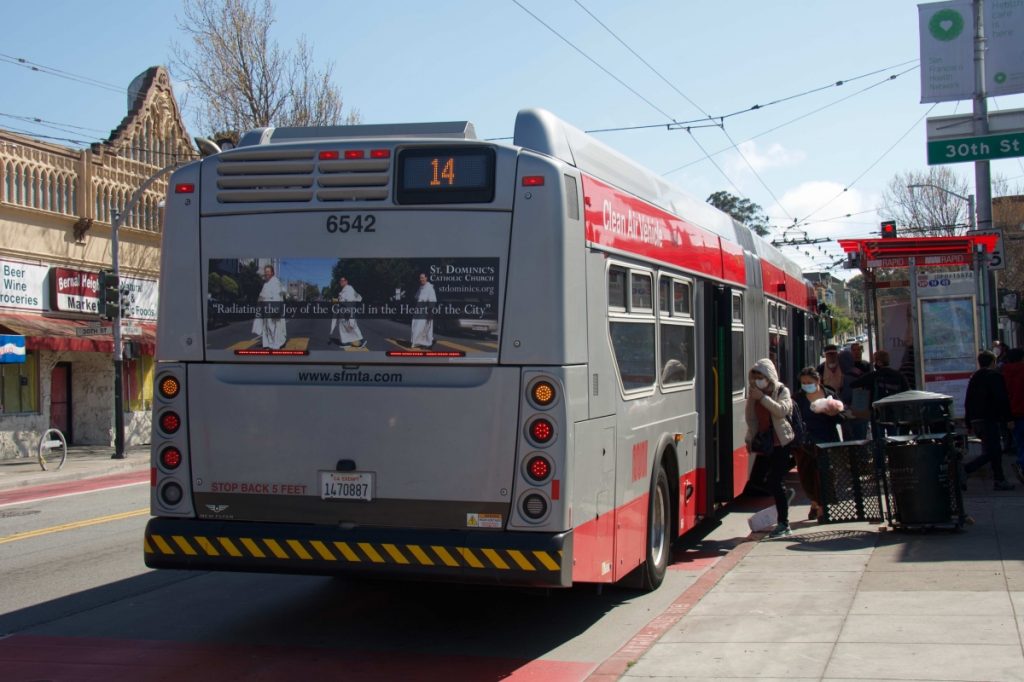 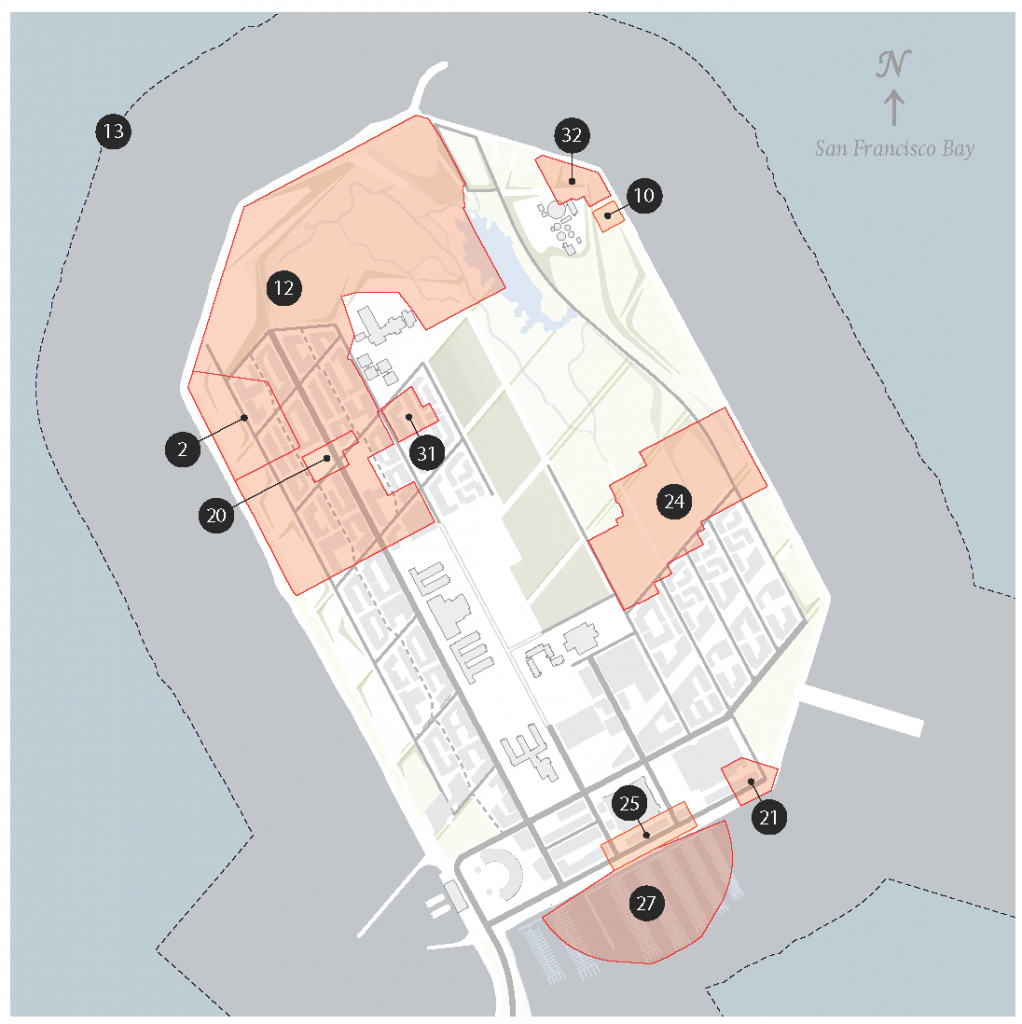 Treasure Island
Summer 2010
Report on the environmental and logistical challenges of adding thousands of new housing units to transform Treasure Island into an eco-enclave. 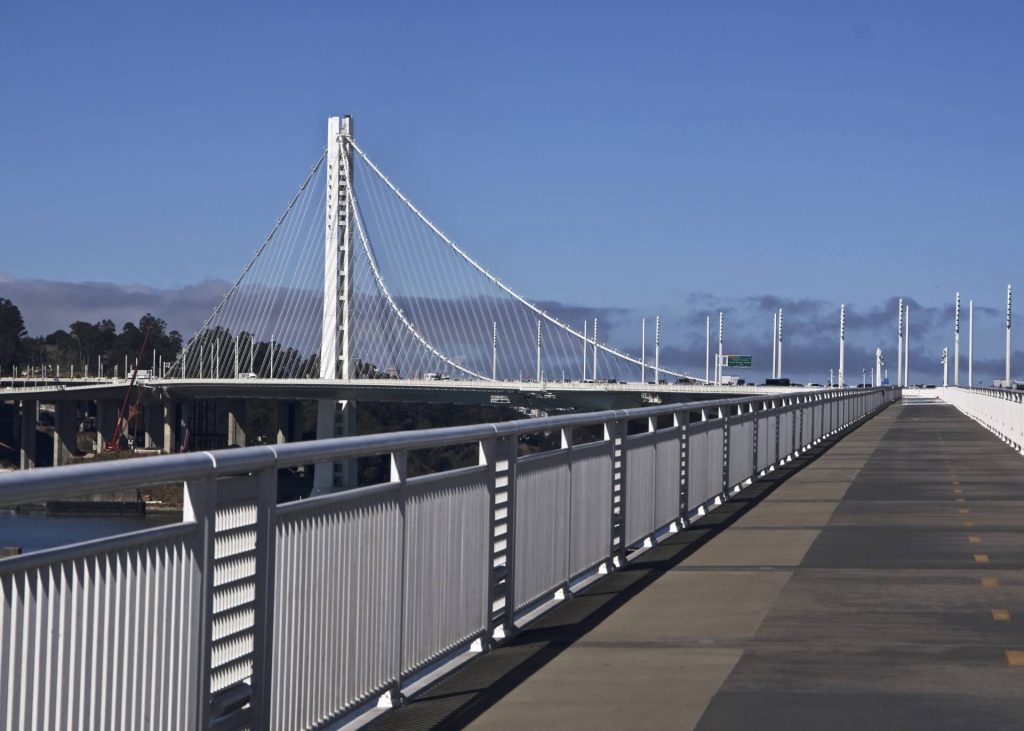