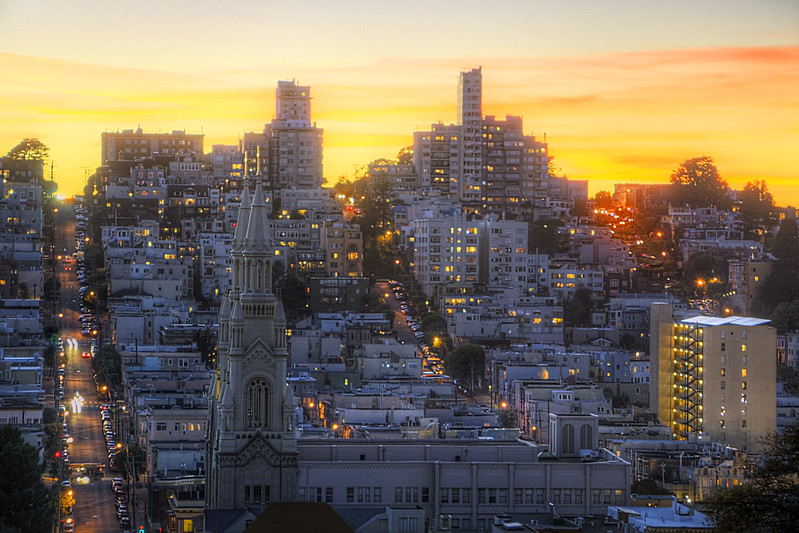 UPDATE 6/25/21 2:42 p.m.: Gov. Gavin Newsom today announced California’s eviction moratorium would be extended to Sept. 30, pending approval by the state Legislature. This story has also been updated to clarify that the rental assistance program in question is funded by the federal government.

With time running out, not a single San Francisco resident has received a check from the city’s federally funded rent-relief program. Barely a week remains before tenants could be subject to eviction for unpaid rents due during the pandemic.

“I have never been evicted or homeless,” said Buddy Bates, a renter in Parkmerced and father of two. “I live in that fear constantly now.” He was speaking at a Board of Supervisors hearing Wednesday. “If you think homelessness was bad during the pandemic, or before the pandemic, it will get much, much worse if people like me are under threat of being evicted,” Bates added.

The need for help is only growing. Citywide rent debt has increased to an estimated maximum of $355 million from about $196 million in September, according to a report published Wednesday by the Budget and Legislative Analyst’s Office.

The statewide eviction moratorium gives San Francisco tenants until June 30 to pay at least 25% of the rents that were due since Oct. 1. New local protections will not prevent evictions if renters have not made those minimum payments. Only Gov. Gavin Newsom and state lawmakers can extend the deadline for making those payments, and they have yet to reach an agreement.

Meanwhile, city officials are arguing over whether to use voter-approved tax revenue to expand the number of households that can receive financial assistance.

The city staff feels a “sense of urgency around the looming eviction moratorium deadline,” said Max Barnes, spokesman for the Mayor’s Office of Housing and Community Development, which is managing the city’s rent-relief program, which also covers some other payments, such as utilities. “All applicants will have received notifications regarding application status by the end of this week.”

All told, the city has estimated that it will spend $90 million on financial relief programs for renters through two rounds of federal funding, plus an allocation of federal money from the state.

The city and state are running parallel programs that provide financial relief to city residents. About 5,300 San Francisco households have submitted applications, requesting a total of $66 million from the $2.6 billion in initial federal funding. Here’s how that breaks down.

About half of the applicants to the city’s program have been approved to receive money, and the other half are still being reviewed, Eric Shaw, director of the Mayor’s Office of Housing and Community Development, said in a Wednesday meeting of the Board of Supervisors’ Government Audit & Oversight Committee.

The state program, which opened March 15, has also struggled to get money out the door. By Tuesday, it had sent 75 checks to San Francisco households, with an additional 238 queued to be mailed out, according to Russ Heimerich, spokesman for the program. The state received 3,544 applications from San Francisco households, totaling $50 million in requested assistance.

Neither the state nor local program will be able to process all their applicants by the end of the statewide eviction moratorium, their staff have told the Public Press.

The city’s program “was launched three weeks ago and is not first-come first-served,” Barnes said in an email, explaining why no checks had gone out. “Each application is screened for its vulnerability level and requires documentation and verification from tenants and landlords to verify eligibility before receiving a check. Since the program is funded by Federal dollars, we are making every effort to be good stewards of public funds.”

The city staff is prioritizing funds to the most vulnerable people, including those with extremely low incomes, a history of homelessness, who possess a disability or have been threatened with eviction.

Data about the local and state rent-relief programs reveal that applicants are primarily very-low-income. More than 90% of local-program applicants report incomes at or below 30% of the area’s median, which is $28,000 for a single-person household. More than three-quarters of applicants for the state-run program are in this income bracket.

At Wednesday’s committee meeting, Shaw estimated the local program’s current funding will enable it to give rent assistance to between 5,000 and 6,000 households. That’s about one in every five households estimated to owe rent debt. About 24,600 households fall in this category, according to an analysis by PolicyLink, a national research and advocacy group that works on housing issues.

Failing to give rent assistance to a larger proportion of indebted households would be “unacceptable,” said Supervisor Dean Preston.

“We simply cannot shut these folks out,” Preston said. “But that is the path that we’re on.”

Both the state and city should throw their own money into additional rent assistance, he said. In San Francisco, he advocates using revenue from a transfer tax on high-end real estate, a funding stream that voters approved through Proposition I in November.

Proposition I campaigners wanted to use the revenue for rent relief and creating affordable housing, but the funds were not tied to this purpose. In the lead-up to the election, the Board of Supervisors unanimously declared a desire to use the money for COVID-19 rent-relief programs. But Mayor London Breed’s budget proposal this month did not allocate the money for that.

During public comment Wednesday, callers described situations where landlords were pressuring them and others to pay rent debts that had accumulated to staggering heights. They told the Government Audit and Oversight Committee they wanted the Proposition I revenue to go toward rent relief.

“We have hundreds of tenants calling our lines,” said Alicia Sandoval, a tenant counselor at the Housing Rights Committee of San Francisco.

“We’re talking about families who haven’t paid their rent since March, and they have $18,000 in debt,” she said. “They’re scared that they’re going to get evicted.”

She urged that Proposition I revenue be used to expand the local rent-relief program.

Buddy Bates, who worked as a San Francisco tour guide for 30 years, said he had applied for rent relief through the state program and would soon apply through the local program too.

“I am over $10,000 behind in rent,” he said. “I get notices from Parkmerced regularly, reminding me how much I am behind.”

He said he had voted for Proposition I on the assumption it would be used for purposes like this — and that, to fail to allocate the money accordingly, would be “criminal.”