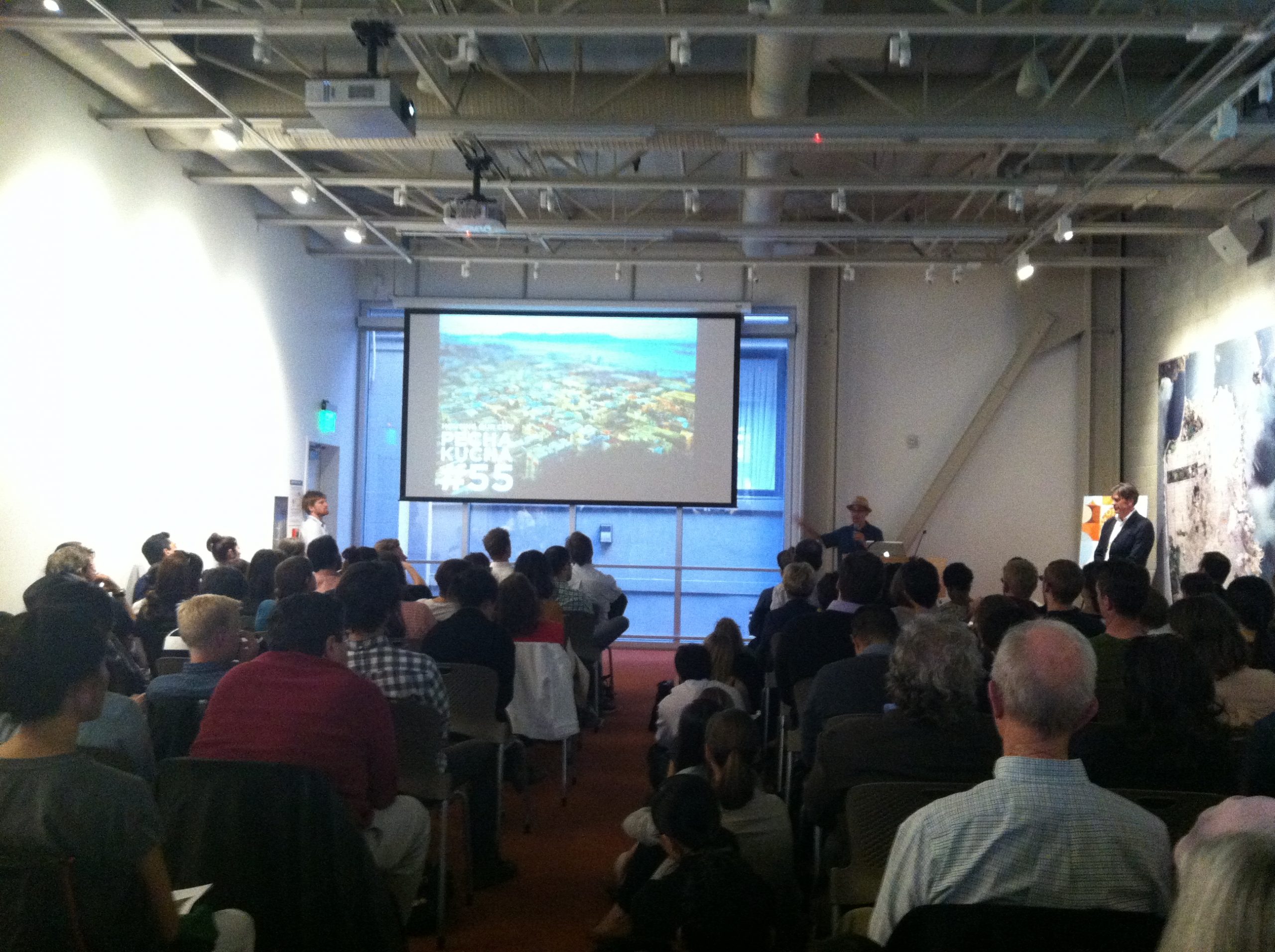 A large crowd packed into the San Francisco offices of SPUR on Tuesday night to hear rapid-fire ideas for solutions to the housing crisis in an increasingly crowded city.

The scene on the second floor at SPUR in San Francisco Tuesday evening could well have been a metaphor for the crowding now besetting the city: A standing-room-only mob overflowing into the adjacent lobby where late-commers struggled to see slide presentations offering new ideas to solve the dire lack of affordable housing.

SPUR, a Bay Area urban policy think tank, teamed up with Pecha Kucha, an organization specializing in snappy presentations on innovation and new ideas, to host a slew of housing experts who each sped through 20 slides lasting 20 seconds apiece. Not all of their ideas were entirely new, but some of the presenters fleshed out concepts that have been floating around San Francisco political and development circles:

David Baker and Amanda Loper of David Baker Architects said the city could increase density in certain neighborhoods without disrupting local character, by building high-density mixed-use buildings scattered across the city — what they called a “gap-tooth principle.”

Tomiquia Moss, who represented the city housing agency Hope SF, discussed the importance of improving public housing projects without displacing residents. Hope SF is currently renovating and adding units to the Hunters View development, with plans to do the same with other public housing developments in the city, including Potrero Terrace and Sunnydale.

Fernando Martí, co-director of the Council of Community Housing Organizations, said San Francisco should build more subsidized housing for people who cannot afford the market rate. Though the city has built or planned more than twice the amount of market-rate housing that the Association of Bay Area Governments’ master plan recommends, San Francisco has under-produced housing for low- to moderate-income residents. Martí said other Bay Area cities should be part of the solution, too: If cities in Silicon Valley built more homes, then fewer tech workers would choose to live in San Francisco, which would in turn drop the city’s housing prices. Right now, the abundance of high salaries in the tech sector are contributing to gentrification in San Francisco, he said, pushing lower-income residents to cities on the Bay Area’s periphery.

Ben Provan, a co-founder of Open Door Development Group, said that shared housing could increase density while providing residents with an affordable housing option. He cited the growing popularity of business models that rely on the sharing economy, and proposed that cities do the same with housing.

Chris Colin, co-author of “What to Talk About,” urged more constructive dialogue in the often vitriolic debates surrounding the housing crisis. He made a plea for fewer abstract political arguments, and said it was important to find common ground by talking about specifics.

Ellen Burke, a board member of the nonprofit Home Away From Homelessness, talked about the 2,200 homeless children in San Francisco, and how her organization was trying to help them by providing academic and recreational spaces.

Brandon Baunach, an architect at BAR Architects, discussed the benefits of multigenerational housing models that promote sharing space with family members, such as elderly parents or grown children. Baunach said he was in the process of developing floor plans for what he called a “flex unit,” a space-saving design in which a single condo is reconfigured into multiple units including some shared amenities.