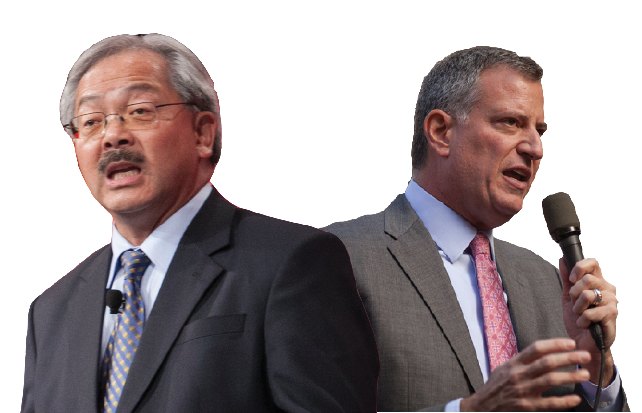 San Francisco is not the only city in a housing crisis. The multi-year plan proposed by Mayor Ed Lee bears some similarities to those proposed by Bill de Blasio, the new mayor of New York, where even last week a major initiative advanced to fix older affordable buildings.

The San Francisco Public Press compared the two plans as part of its summer print edition, which researched potential solutions to the local housing crisis.

Mayor Ed Lee’s six-year plan would build or restore 30,000 total units by 2020, with a goal of keeping one-third designated affordable.

De Blasio’s proposed reforms address what he called “the affordability crunch” — the median rent has risen 75 percent while the median income has dropped 4.8 percent. Last Wednesday he unveiled a $350 million fund, which will get contributions from 16 private and public entities, including loans at a 2.75 percent interest rate. It would rehabilitate existing affordable housing and retrofit buildings for energy efficiency.

With all this in motion, we thought it was a good time to compare highlights from the affordable housing plans from the two mayors:

Key Policies and Programs for the Ten-Year, Five-Borough Plan