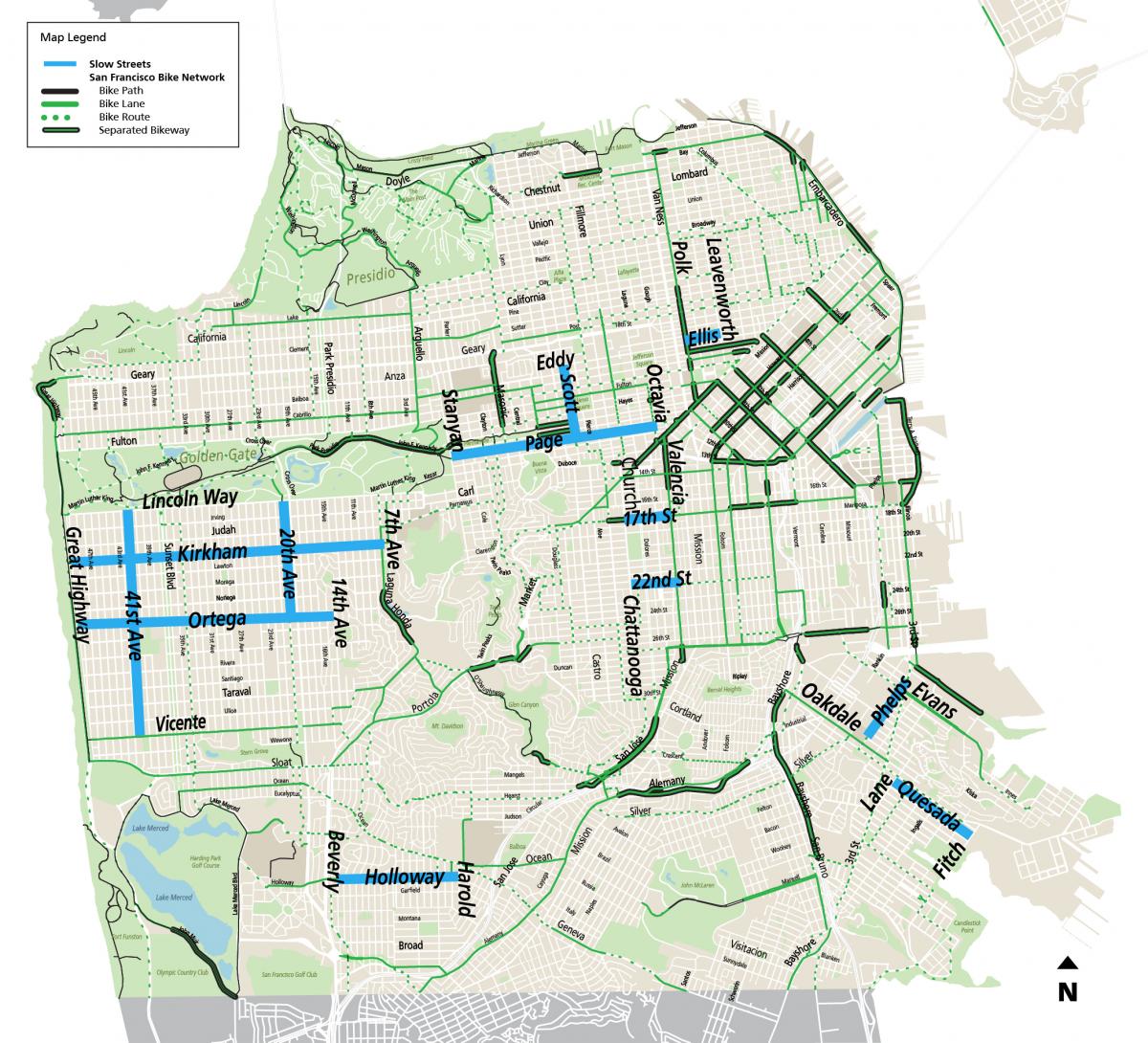 Some city officials are dissatisfied with new transit rules, announced Tuesday, that are intended to help pedestrians follow social-distancing  guidelines by stepping into streets when necessary.

Through its new Slow Streets Program, the San Francisco Municipal Transportation Agency will begin closing some streets to through traffic, freeing up space so that maintaining six feet of separation is easier.

One of the affected arteries is Ellis Street, between Polk and Leavenworth in the Tenderloin. “That’s a great start, but it’s not enough,” said Supervisor Matt Haney, who represents the neighborhood. “We need to make an expansion of the space that people have in the Tenderloin.”

For Haney, along with many of the area’s soup kitchens and homeless-service providers, it is especially important to close down the 100 block of Golden Gate Avenue — where people line up daily alongside tent dwellers to receive to-go meals, hygiene kits and social services.

The St. Anthony Foundation, which operates along the block, said it has seen demand for meals skyrocket since Mayor London Breed issued the order to shelter in place. Prior to the order the organization averaged 2,000 meals per day, and that number has grown to about 3,200, said José Ramirez, the organization’s executive director.

Supervisor Hillary Ronen, who represents the Mission District, told the San Francisco Examiner it was “strange” that streets east of Valencia were not part of the program.

District 3 Supervisor Aaron Peskin, who represents North Beach, Chinatown, Nob Hill and Russian Hill, appeared perturbed about the Slow Streets Program as well. On Twitter, he said he had “no idea how SFMTA came up with this bc apparently they didn’t have time to reach out. At first glance, they seem more concerned w recreating in less dense areas than responding to requests to address social distancing needs of seniors & low income people of color in D3.”

In the announcement, the agency said the streets were selected “to supplement reduced or suspended Muni routes, while providing bicycle and pedestrian access to essential services. Many of these streets run parallel to other major streets and transit routes. The Slow Streets are intended to provide a network of streets that prioritize walking and biking for essential trips.”

In an op-ed that he recently wrote for the Public Press, Jason Henderson, a professor of geography and environment at San Francisco State University, criticized San Francisco for not closing streets sooner.

He lauded the city for deploying “flexible ‘soft hit’ posts,” on Page Street in February just prior to the shelter-in-place order — describing the changes as “a few gallons of fresh paint and new signs to transform four blocks of Page into a safe cycling and walking street.” He added, “Car-owning residents on Page still have access, so it is car-light, not car-free.”

The approach could be replicated elsewhere, Henderson said: “Ideally a grid crisscrossing the city ought to be created.”