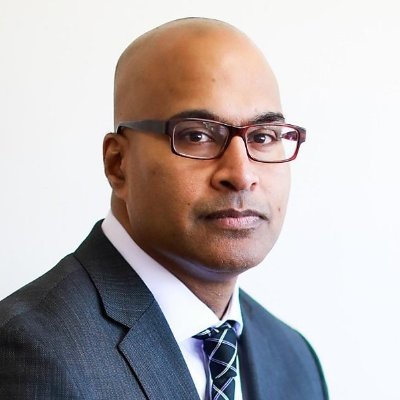 Sam Lew, Reporter |
LikeTweet EmailPrint More
San Francisco’s public defender is calling on police to scale back enforcement activities in order to reduce person-to-person contacts during arrests and in jail and potentially slow the spread of the coronavirus.

“This isn’t business as usual. We are in a state of emergency and we’re asking the police department to scrutinize their own policies to contribute to mitigating the potential spread of the disease,” said Public Defender Manojar Raju in reference to a letter his agency sent the police department this week, requesting it limit citations and arrests for low-level misdemeanors. “This is about taking steps to minimize risk to the community as whole.”

The sheriff’s office announced that it would suspend all non-lawyer visits to those in jail starting at 5 p.m. Friday. In Alameda County, the public defender is calling for the release of high-risk inmates in Santa Rita Jail, according to a San Francisco Chronicle report that could not immediately be confirmed. In addition, San Francisco and Alameda County public defenders are calling on Immigration and Customs Enforcement (ICE) to release all vulnerable populations from immigration detention centers. That includes people over 60 and those with heart or lung disease, cancer, HIV or autoimmune diseases.

They went on to say, “The DHS has the authority, and ample resources, to place individuals on supervised release,” referring to the U.S. Department of Homeland Security.

The virus is spreading fast. On Friday, San Francisco had 23 known cases of coronavirus, up from 18 the previous day. The San Francisco Unified School District on Thursday announced it would close schools for three weeks as a public health precaution while officials formulate plans to train staff and reopen with stricter safety protocols. Gov. Gavin Newsom also issued sweeping, but non-binding, guidelines urging Californians to avoid large gatherings.

Raju, in the letter sent Wednesday, asked that police “reduce all unnecessary contact with the community by ceasing to cite people for violations of municipal infractions, ceasing citations and arrests for low level misdemeanors that do not pose a public safety risk, and to suspend all additional arrests, unless there is a clear and present danger of imminent physical harm.”

He cited the increased public health risks the city could be incurring by putting more people behind bars. “We shouldn’t have people just coming in and out of the jails,” he said, such as when they are booked and released after only a few days.

The letter also requested that the police department outline specific plans to mitigate coronavirus transmission in police vehicles and holding areas, and through items like handcuffs that are frequently used and shared.

Police vehicles are stocked with infection-control kits and commanding officers have been instructed to ensure their stations are routinely cleaned and disinfected, said Officer Robert Rueca, a department spokesman. He also said officers screen individuals on a routine basis for indications of illness and, if needed, do not book them at police stations and instead refer them to medical assistance.

While the department did not say whether police officers are trained in medical screening, it did share the protocol currently in use: Officers ask all individuals prior to transportation if they have a fever, cough, shortness of breath or other coronavirus symptoms. If those people reply “yes,” officers are instructed not to transport them to a police facility and to contact their supervisor.

On March 10, Raju sent a separate letter to the San Francisco Sheriff’s Department, which operates the city’s jails, asking for the immediate release of all individuals being held pre-trial who are at heightened risk of contracting the virus. Raju is also calling for a comprehensive plan to prevent the virus from spreading in the jails.

Eighty-five percent of San Francisco’s jail population is awaiting trial, according to a 2017 report by the San Francisco treasurer’s office. Raju said his office has begun filing motions to seek the release of the 30 to 40 inmates who are pre-trial and over 60 years old. His staff will continue to identify other at-risk populations for release and request that courts expedite the motions, which typically take several days. Judges determine whether or not the releases are granted.

The California Department of Public Health recommended Wednesday the cancellation of events with more than 250 people. On average, there are 1,100 individuals incarcerated in San Francisco’s four jails; two of the jails have the capacity to hold nearly 400 people, and another can hold up to 768 people. One jail, at the Hall of Justice at 850 Bryant St., has long been criticized for its unsanitary and rundown conditions. Last year, more than 200 individuals formerly and currently incarcerated at 850 Bryant sued officials, alleging raw sewage flooding that continued for more than a year caused physical injuries and destroyed personal belongings.

“When people are incarcerated, their health is always at risk because they are in a closed setting, in closed quarters, with recycled air,” said Jennifer Esteen, a nurse with the San Francisco Department of Public Health. “Public health issues arise in jail settings in higher rates than the general population because of such close quarters.”

Jail health service staffers already regularly screen individuals who are booked in San Francisco’s jails, said Department of Public Health spokesperson Rachael Kagan, and now they are also screening for symptoms of coronavirus. If someone shows symptoms, the affected person can be housed in an isolation cell while risk is assessed and, if needed, they can be transported to San Francisco General Hospital for further care, she said.

Although individuals are screened for symptoms, no one is being tested for coronavirus in the jails. At the moment, the city health department has enough kits to test only several hundred people who are in priority, at-risk populations, Kagan said. “We expect to get refills,” she said, which will come from the U.S. Centers for Disease Control and Prevention. “But we don’t have on-demand tests at the public health lab where testing is done.”

“You could go in and out of a jail multiple times, have no symptoms, be screened — but that doesn’t mean the virus isn’t in your system,” said health department nurse Esteen. Health officials believe the incubation period to be between two and 14 days, but research is still developing. While Esteen acknowledged the jail protocol is probably “the best they can do,” she also expressed concern for the jail population, which is “usually the last to be treated for public health crises and outbreaks.”

Nancy Crowley, spokeswoman for the Sheriff’s Department, said there were no coronavirus cases in the jail population. When asked how many medical isolation units there were, she said, “We can convert as many units as we need.”

Jail visits to be suspended

Non-contact legal counsel will be the only exception to the ban on jail visits that the San Francisco Sheriff’s Office announced Friday.

“We are sensitive to the difficulties that suspended visits may cause families of the incarcerated,” said Sheriff Paul Miyamoto. “We value visitation as an essential part of rehabilitation and encourage families to stay in touch with their loved ones and friends through phone calls and letters. We are reviewing our jail operations and will make adjustments to accommodate future visiting.” He said his office will use video-conferencing and video calls to continue educational and other programs that the jail typically hosts.

Advocates for incarcerated people and their families argued that the new policy will be detrimental.

“The way to address the spread of COVID-19 is not to be separating people from their families; it’s actually to be returning people home to their families from an extremely unsafe, unhealthy environment which is the county jail system,” said Mohamed Shehk, communications director of Critical Resistance, an advocacy group for incarcerated individuals. “Allowing people not to have contact with their family in a pandemic and public health crisis will only exacerbate the fear and stress that people will have by not being in communication with their loved ones.”

The city’s public health department supported the sheriff’s move to limit contact with prisoners. “We want to protect vulnerable populations, health care workers and deputy sheriffs to mitigate the spread of the virus as much as possible,” Kagan said. “We know that many people in jail are in the at-risk group for COVID-19.”