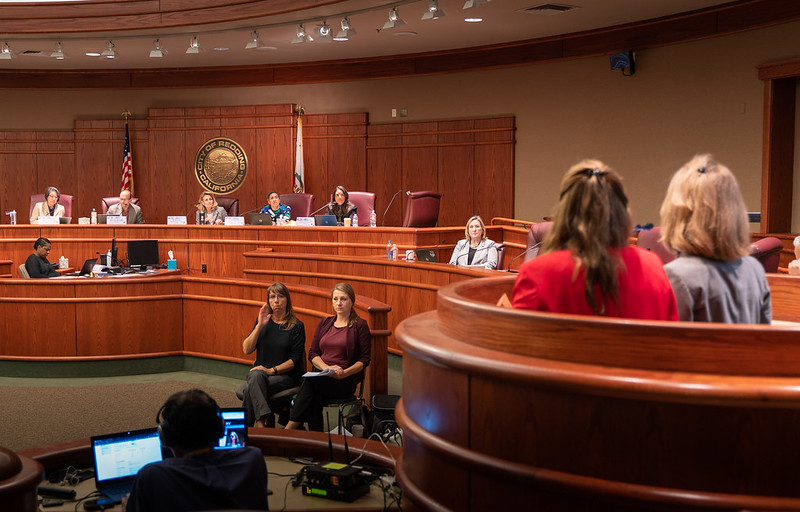 After she pointed to millions of dollars in uncollected fees and alleged serious mismanagement problems, the executive director of California’s utility regulator, the California Public Utilities Commission, was fired. Commissioners said Alice Stebbins had misled the public about missing funds and accused her of favoritism in hiring. But an investigation by the Bay City News Foundation and ProPublica looked into the dismissal, and found the director had been right about the missing money.

“There was a lot of indications that the CPUC had really bad fiscal controls, that their accounting practices were really odd, that all these different organizations were siloed within the CPUC, and she had started an investigation into that,” said Scott Morris, the investigative reporter who wrote the story.

Among the problems Stebbins uncovered was that $200 million in fees normally paid by utilities to the CPUC to support programs for disabled Californians were missing.

Members of the commission that oversees the utilities regulator had been texting one another about Stebbins, a violation of California open meetings law. Nonetheless, the commission’s president, who was part of those text message discussions, was re-appointed by Gov. Gavin Newsom at the end of 2020. Stebbins has filed a wrongful termination suit.

The commission has a history of scandals. A previous commission president, a former utility executive himself, had helped PG&E choose a judge in a rate case and resigned when the transgression came to light. A former commissioner has repeatedly raised concerns that the commission is not accountable to the public. Following reporting from the San Francisco Public Press in early 2020 showing that the commission had for years kept ride-hailing safety data secret, it reversed that policy.

“You’re dealing with massively powerful industries here that just have billions and billions of dollars at their disposal,” Morris said. “There’s just been kind of an endless tension in terms of who’s really running the CPUC — whether it’s the people of California or whether it’s the utilities.”