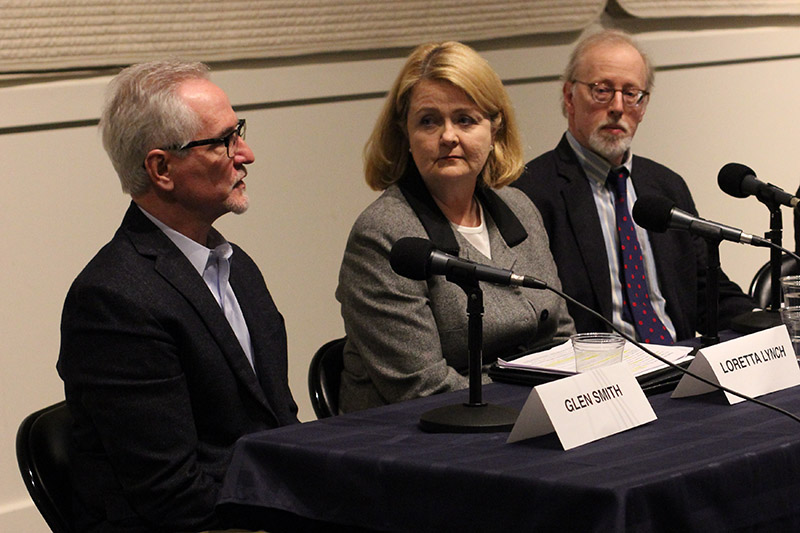 Laura Wenus, Reporter & Host for "Civic" |
LikeTweet EmailPrint More
In January, the San Francisco Public Press published an investigation showing just how much we don’t know about the safety record of the ride-hailing industry. The Public Press recently hosted an event at which journalist Seth Rosenfeld offered the latest developments in the story. Former California Public Utilities Commission President Loretta Lynch and Glen Smith with the First Amendment Coalition offered insights into how the agency, which regulates Uber and Lyft, operates and the broader implications of the secrecy revealed in Rosenfeld’s story.

“It’s pernicious, what they’re doing. So they have a ruling saying ‘we’re now gonna look at whether or not these particular ride-hailing companies have to follow our general orders about confidentiality.’ When they start exempting companies from their general orders about how you work then that is just a playground for corruption.” — Loretta Lynch