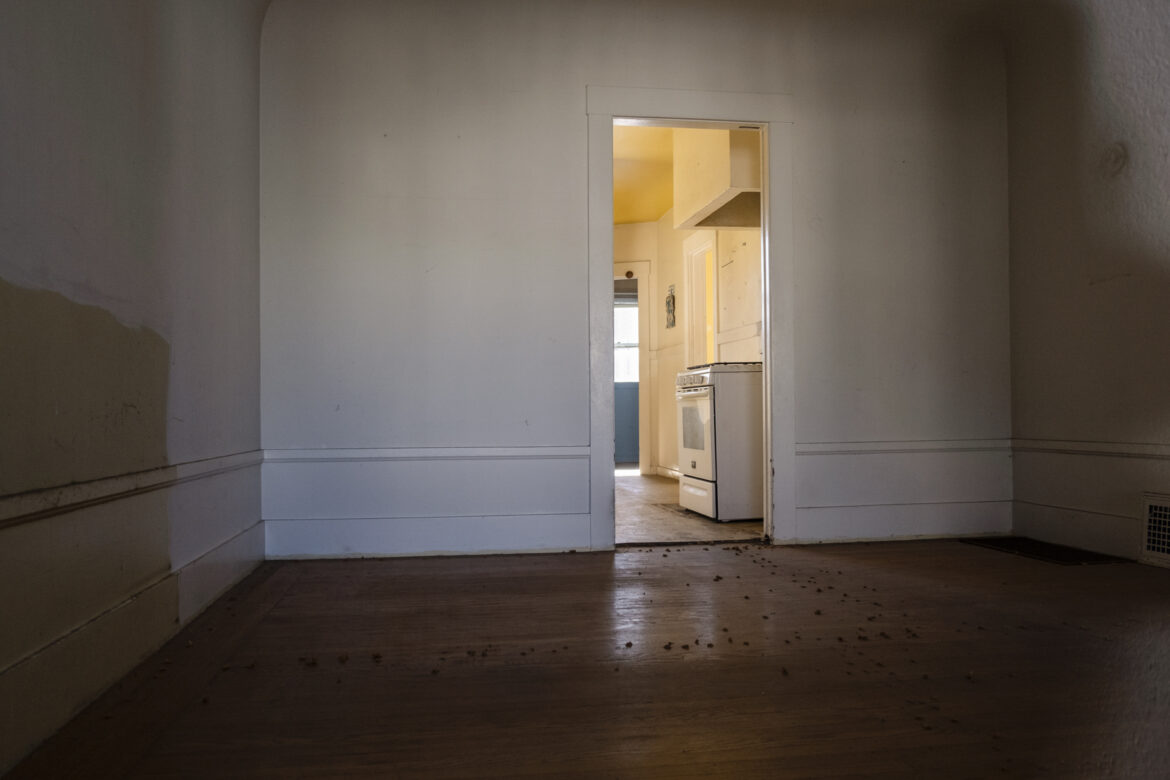 Dirt scatters across an empty living room on 39 De Montfort Avenue in the Ingleside neighborhood.

At the beginning of the year, a tenant attorney warned of an “avalanche” of evictions unless California legislators reached a deal to extend tenant protections. They did, and applications recently opened for a support program designed to help both low-income tenants and their landlords with growing rent debt. Shanti Singh, legislative and communications director for Tenants Together, a coalition of 50 renters rights organizations in California, talked with “Civic” about the legislation.

Tenant advocates have said the bill doesn’t do enough for renters, and that illegal evictions or lockouts and harassment are still forcing tenants to leave.

“If you file a notice, or you threaten a tenant somehow, and they’re gone, I mean, that’s a huge part of displacement,” Singh said. “So those are the kinds of things that we’re trying to fight back against.”

Harassment and intimidation tactics that result in tenants leaving aren’t tracked, which makes it difficult to get a complete picture of how frequently renters are being displaced in these ways, she said. But even data about aboveboard evictions have been difficult to access.

“Even just trying to get data from courts in a systematic and intelligible fashion for tenant groups, like, that’s been almost impossible,” Singh said. “We’re running into a serious data transparency issue where we can’t even tell or aren’t even being told how many evictions are happening in court during the pandemic so that we can, you know, act on that information.”

Debt will continue to be a concern, Singh said. Applications opened March 15 for the State Rental Assistance Program, through which. landlords of qualifying tenants, who agree to forgive 20% of back rent owed, can get a subsidy from the state to cover the remaining 80% of that back rent.

“I think that’s a great deal for landlords,” Singh said, though she acknowledged there are small landlords who are struggling to pay their mortgages and encouraged them to avail themselves of the program.

Representing the rental housing industry, Debra Carlton, executive vice president of state public affairs for the California Apartment Association, stressed in a statement that it’s important to get assistance money to landlords, many of whom have not received rent in more than a year.

But so many Californians owing thousands in rent will have long-reaching repercussions, Singh said.