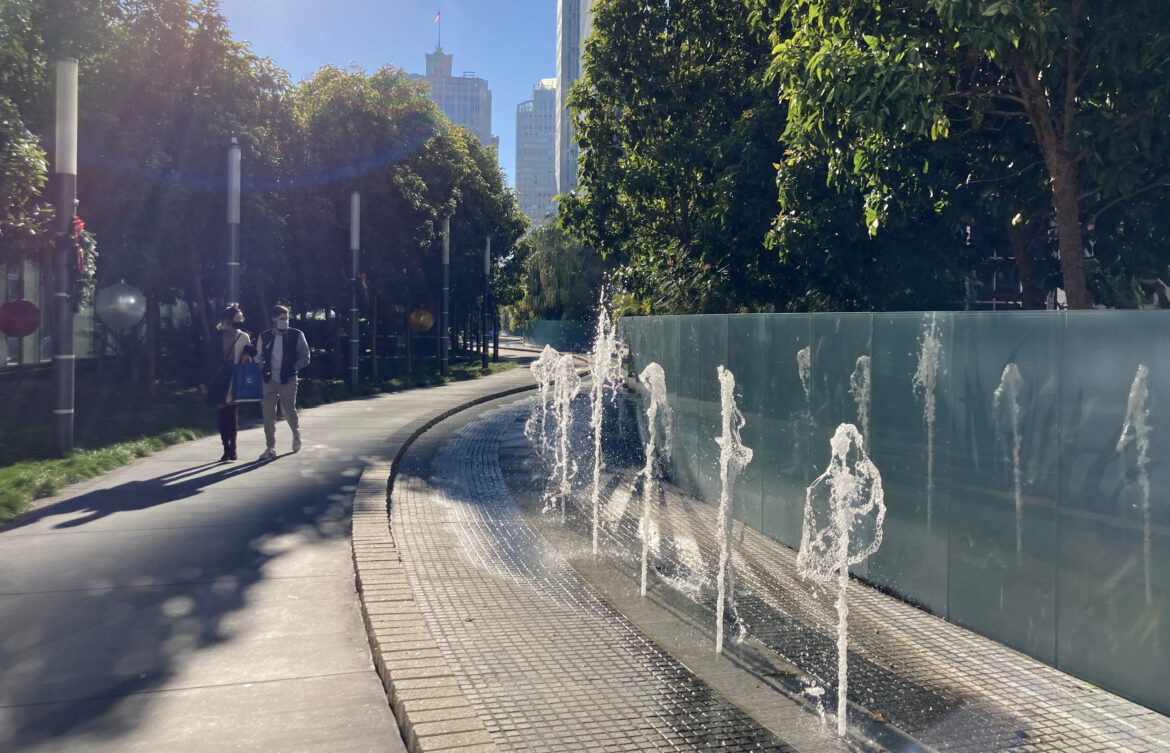 The Bay Area can house millions more people without increasing its water use, according to a new report from the urbanist and water-use think tanks SPUR and the Pacific Institute. This could be done by continuing to improve water conservation efforts while concentrating on developing infill housing to prevent urban sprawl.

“Assuming that the region will add 2 million new jobs by 2070, that means that that will attract about 4 million new people to the region,” said Laura Feinstein, sustainability and resilience policy director at SPUR and, with Anne Thebo, co-author of the report.

Feinstein said the region needs to build 2.2 million homes to accommodate current housing needs as well as anticipated growth and to prevent a continued decline in housing affordability.

Not only can adding people without increasing water use be done in theory — the report notes that it has been done before. Since the 1980s, the Bay Area population has grown by about a quarter while the region has decreased its total water use by about the same fraction.

The report stresses infill housing as a water conservation strategy in part because half of residents’ water use comes from outdoor applications like watering large yards and gardens — particularly those with plants poorly adapted to the region’s Mediterranean climate. Indoors, updating appliances to more water efficient models when old ones are replaced can help, as can detecting and addressing leaks.

“People lose about 10% of their water use just to leaks in their homes,” Feinstein said. “So, finding those leaks and fixing them is huge.”

Statewide, the agriculture sector is the largest water user, accounting for 80% of consumption. In the Bay Area, however, 90% of water use goes to supplying homes and businesses, the report says. Indoor residential use consumes the largest share, followed closely by businesses and institutions. Feinstein said businesses have been decreasing water use by about one percent every year, even though no new statutes require them to improve water efficiency.

Another strategy the region should implement, the report suggests, is improving the way it allocates water to municipalities.

East Palo Alto, which is surrounded by extremely wealthy Silicon Valley communities, consumes very little water per person compared with adjacent cities. All of these municipalities buy their water from the San Francisco Public Utilities Commission, which draws it from Hetch Hetchy Reservoir. In 1984, when the agreements were put in place, East Palo Alto received the lowest per-person water allocation in the area.

“East Palo Alto, when they were handing out those allocations decades ago, got a sort of — I could say ‘inexplicably small’ allocation. But it’s not that inexplicable. As always, the town that was primarily people of color, and that was lower-income, got the least amount when the negotiations were happening,” Feinstein said.

That remained the case until 2017 and 2018, when nearby cities Mountain View and Palo Alto agreed to sell some of the water they weren’t using to East Palo Alto.

The previous decades of chronic shortage affected East Palo Alto in ways that go beyond everyday water use. While the region can add more homes without using more water in aggregate, local water shortages have halted construction in some cities, East Palo Alto among them. From 2016 to 2018, the city enacted a building moratorium because it did not have enough water to service new construction as well as existing uses.

Beyond redistributing resources from one community to another, the region might also consider giving water rights to the environment, Feinstein said.

Because human uses divert so much water from the state’s rivers, the delta is too salty for certain wildlife to flourish during drought years. That diversion happens even if local consumers use less water, so the SPUR report recommends that the region find ways to ensure that unused water is returned to the environment.

“There’s no way to ensure that if the city of San Francisco decreases its total water use by 10%, then that amount of water stays in the rivers of the Sierra, rather than being diverted,” Feinstein said. “It just means that another person who’s in line for water is likely going to take the water.”

The state’s water regulation agencies have told the San Francisco Public Utilities Commission it should reduce the amount of water it diverts from rivers, which the utility claimed it could not do. The local agency also filed suit to fight the proposed restrictions.

“It would be a dramatic hit to our entire service area, both in San Francisco and outside of San Francisco,” San Francisco Public Utilities Commission Assistant General Manager of the Water Enterprise Steven Ritchie told “Civic” earlier this year. “Trying to identify additional water supply would really be harmful to the communities and the Bay Area as a whole.”

Feinstein said the report’s findings show that readily available technology to reduce water use, and best practices that residents and businesses have already been putting in place, can help the region reduce its water use even more.

“If we just continue those trends for the next five decades, that per-capita water use and total water use would drop off quite a bit,” she said. “We could actually decrease water use for the whole Bay Area by about a quarter. And we could therefore leave a portion of that water for the ecosystems.”

That will, however, take many years and careful planning.

“It takes decades to really decrease water use on a per capita basis really substantially,” she said. “So, we can’t just do it overnight. We have to be looking decades out to see those big gains in efficiency.”