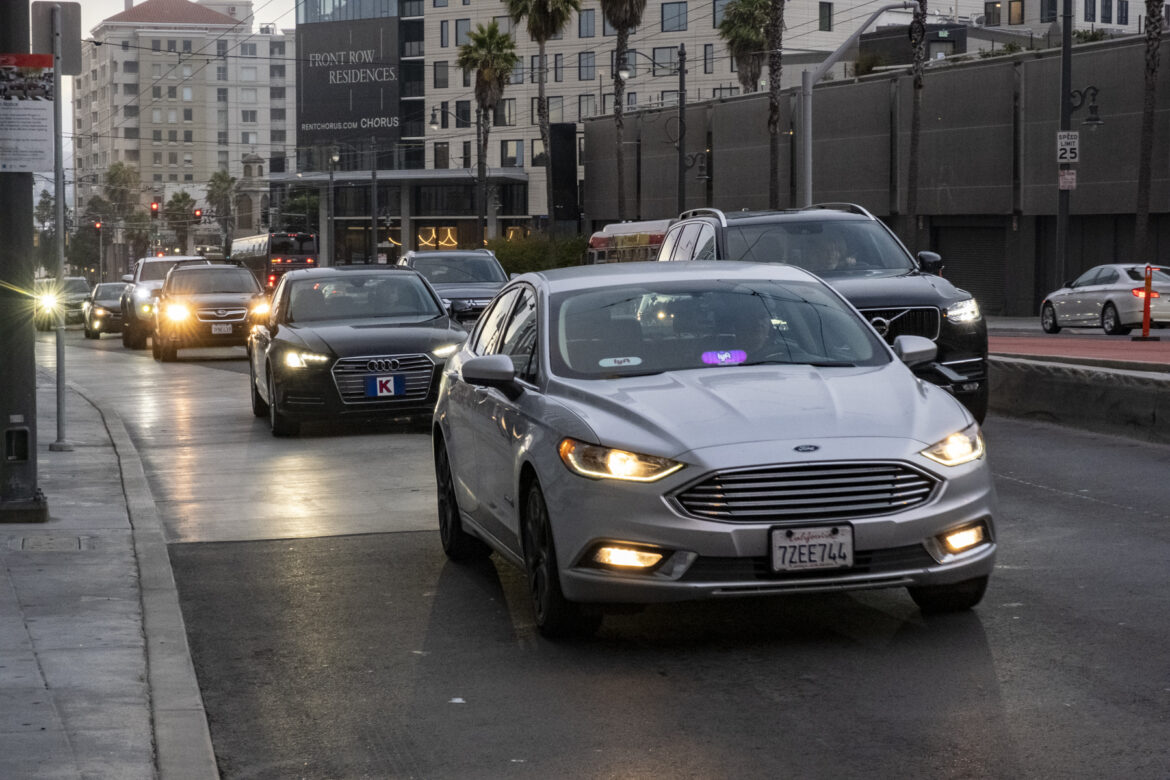 But the commission softened its initial proposal by dropping a requirement that the companies inform victims they could “opt in” to speak with its investigators. Although the agency had said the measure would help it ensure firms properly respond to assault claims, it instead decided the cases would be better handled by company investigators once they receive appropriate training.

The commission hailed the new rules as “a necessary milestone” in its “ongoing commitment to ensuring the safety” of transportation network companies, as the firms are known, and a signal to assault victims that their claims will receive “the necessary consideration and sensitivity that respects their rights.”

In comments before the vote on June 23, 2022, commissioners said they sought to balance holding the industry accountable and protecting victim privacy.

“It’s important that we have sufficient information to understand what’s happening and how best to explore ways to prevent these incidents, protect victims, and also ensure their confidentiality,” Commissioner Darcie Houck said.

Commissioner Clifford Rechtschaffen said the decision addressed “an extraordinarily serious and sensitive set of issues involving assault. We really need to tread very, very carefully, and I think this decision does that.”

Local officials said the move was a welcome improvement in how the agency addresses a longstanding risk on rides.

“The CPUC’s action to standardize how Uber and Lyft are supposed to protect passengers from sexual assault and harassment is way overdue,” Rafael Mandelman, a San Francisco supervisor and chair of the San Francisco County Transportation Authority, said in an email. “I hope this is a sign that the state is prepared to take these issues more seriously, sooner rather than later.”

Los Angeles County District Attorney George Gascón, who sued Uber over what he alleged were its false safety claims in 2014 when he was San Francisco’s district attorney, said in an email: “This is a positive step. I hope that both the Commission and rideshare companies work collaboratively to improve public safety.”

Terrie Prosper, the commission’s director of news and outreach, did not respond to questions about the decision.

The commission is California’s primary regulator of ride-hailing firms and the state’s only agency that collects comprehensive safety data on the industry. Uber and Lyft represent 99.9 percent of the state’s ride-hailing business.

The agency legalized ride-hailing in California in 2013 and other states followed suit. Within months, there were media reports of alleged assaults around the country.

But the commission did not specifically require that firms include sexual assaults and harassment complaints in their mandatory annual reports to the agency before 2017, according to documents released to the San Francisco Public Press under the state public records act.

Moreover, it failed to require that they use consistent definitions of assaults and harassment, which resulted in unreliable data. The problem was revealed only in October 2021, after the Public Press obtained a partially redacted 2020 annual report. The agency has not released other annual reports.

Company representatives have said they submitted all required information and that safety is a top priority. They say less than 1% of their rides have any safety issues.

Numerous passengers have sued Uber and Lyft alleging the companies failed to prevent and investigate assaults. The firms routinely deny the claims, and settlements are usually confidential. Last week, eight women and two men sued Uber in San Francisco Superior Court, alleging they were attacked by Uber drivers within the last three years. Navideh Forghani, an Uber spokesperson, declined by email to comment on the two lawsuits.

Meanwhile, the companies have released their own studies using definitions they developed with experts. Uber’s 2019 “U.S. Safety Report” listed 5,981 alleged incidents of sexual assault in 2017 and 2018 nationally. It did not break out incidents by state, but Uber later said 1,243 occurred in California.

Both companies said in emails that they supported the commission’s requirement that they use a uniform system of definitions, or “taxonomy,” in reporting assaults to the agency.

Under the new rules, sexual assault is defined as the touching, or attempted touching, of sexual body parts of a driver or passenger against their will. This includes victims who are unconscious at the time. Several passengers have claimed in lawsuits that they were assaulted after passing out in the back seat.

Sexual harassment is defined as the “unwelcome visual, verbal, nonverbal, or physical conduct” based on sex, directed at a passenger or driver, such as inappropriate personal questions, remarks about appearance and “flirting.”

The agency said it based the definitions on state criminal and civil law and the 1964 Civil Rights Act.

The commission rejected definitions that Uber and Lyft developed after consulting with experts. The agency also rejected Uber’s suggestion that it only report incidents in which it had deactivated the driver, saying this would obscure a true tally of assault claims.

Uber and Lyft told the commission that as of at least 2019 they had begun training drivers on avoiding sexual assault with assistance from the Rape, Abuse & Incest National Network (RAINN), which describes itself as “the nation’s largest anti-sexual violence organization.”

But now the commission is mandating that all ride-hailing firms develop a program in consultation with a recognized expert to annually train drivers using examples of proscribed acts. It must cover harassment based on gender identity and expression, as required under California law.

Firms are required to provide a copy of their policies for preventing sexual assaults and harassment to drivers and passengers. They must develop an investigation manual that requires a timely response to assault claims and documentation. And they must consult experts to establish investigator qualifications, training and procedures for “trauma informed” investigations.

The companies said they had added many safety features over the years, as well as sexual misconduct education for drivers. But neither responded to emailed questions about whether they should have acted earlier in requiring more rigorous training for drivers and investigators.

The agency emphasized that the new rules are “interim” and that firms must update their programs “as necessary” after an industry-wide evaluation by experts.

Genevieve Shiroma, the commissioner who wrote the decision, said before the vote, “This is crucial work and we will continue our work in this area.”

This article was produced in partnership with the McGraw Center for Business Journalism at the Craig Newmark Graduate School of Journalism at the City University of New York. Support was also provided by the Fund for Investigative Journalism. See previous stories at sfpublicpress.org/series/ride-hailings-dark-data. Contact Seth Rosenfeld at [email protected]