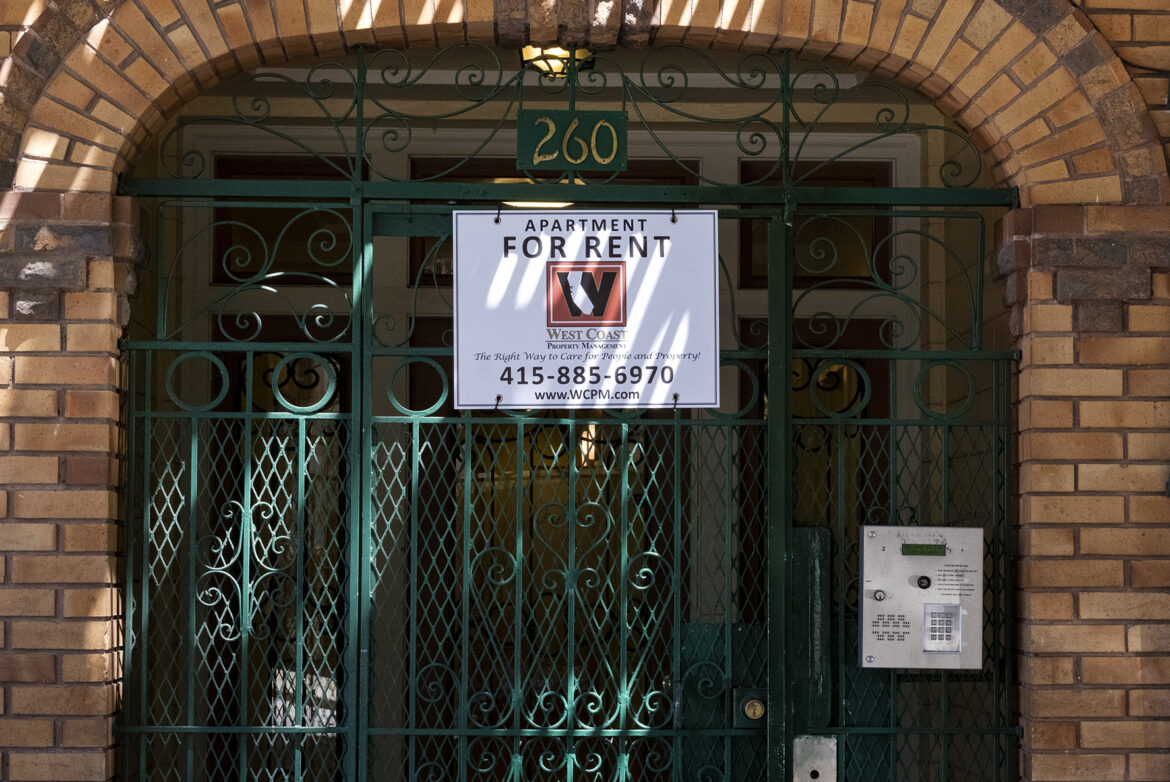 San Francisco tenants with COVID-related rent debt can still get help from a city program even after state eviction protections expired.

Although a state measure to prevent evictions for tenants with pending rent relief applications expired Thursday, some tenants in San Francisco and Los Angeles counties saw a glimmer of hope as previously voided local protections kicked back in.

“The state’s decision to let the last of its emergency eviction protections expire prioritizes big landlords and real estate industry profits over stabilizing the low-income households and communities of color most impacted by the pandemic,” said Molly Goldberg, director of the San Francisco Anti-Displacement Coalition. She cited language and access barriers, in addition to ending the application period and preempting local evictions in March.

The state said that it has paid out “completed eligible applications,” though an additional 6,000 applications are pending due to applicants being unresponsive to requests for additional documentation, said Geoffrey Ross, deputy of federal financial assistance at the Department of Housing and Community Development. Advocates and some tenants who have been deemed “unresponsive” pointed to language barriers in communications as a reason why certain households have not responded within the desired time period.

However, San Francisco officials’ understanding is that these payments may take an additional three to four weeks to reach landlords, said Audrey Abadilla, a spokesperson for the Mayor’s Office of Housing and Community Development. The city is concerned about the delay’s impact on residents, small landlords and affordable housing providers, she said, and continues to urge the state “to exercise the greatest amount of urgency and flexibility in the approval and payment of CA COVID-19 Rent Relief applications.”

Though the 6,000 households with incomplete pending applications and denied tenants awaiting decisions on appeals are still vulnerable to eviction, cities and advocates hope the enactment of new protections will help to fill the gap for struggling tenants facing eviction for rent due after June 30.

Under Assembly Bill 2179, landlords could not evict a tenant with COVID-19 hardships for unpaid rent due between April 1, 2020, and March 31, 2022, as long as the tenant had applied for rent relief by the deadline and had not been denied. The bill also preempted eviction protections passed by local governments after Aug. 20, 2020, voiding protections unanimously passed by the San Francisco Board of Supervisors and signed into law by Mayor London Breed in March.

The preemption on local protections expired Thursday, allowing San Francisco’s March legislation to take effect Friday. Tenants in the city can no longer be evicted for nonpayment of rent due on or after July 1 until the city’s declared state of emergency ends, but the protections have a gap for back rent due from April 1 to June 30.

“The state has no longer stepped up and it’s up to the cities and counties to step up and do so,” said Ora Prochovnik, director of litigation and policy at the Eviction Defense Collaborative. “And those that haven’t, their residents will definitely be harmed.”

A coalition of tenants’ research, advocacy and legal groups called on local and state lawmakers on Tuesday to take action to prevent the evictions of tenants waiting for their applications to be paid out or their appeals to be processed. The group included the National Equity Atlas, Housing Now! and Western Center on Law & Poverty speakers, in addition to applicants to the program who were waiting on funds.

“How am I supposed to move forward from this? Am I gonna go live with Governor Newsom in his guest house?” asked Patricia Mendoza of Imperial City, a single mother of two. Mendoza, who spoke through tears at times, said she applied for assistance once and was approved, but has now been waiting five months for funds after reapplying for $9,000 in assistance. She has received an eviction notice from her landlord and said that it’s been very stressful and unstable for her and her children, one of whom is in seventh grade.

“I urge everyone to please think of us tenants,” she said.

Researchers and advocates have been warning of the potential for an eviction wave with the expiration of protections.

The state closed the doors to new applications on March 31 while extending eviction protections to June 30. That gave the department of Housing and Community Development three months to process outstanding applications so tenants waiting on relief would not be evicted while awaiting a decision.

“It would be cruel, wasteful and unfair to subject Californians to eviction for loss of rental income now, when they have done everything asked of them by filing and completing their application,” Assembly member and co-author of AB 2179 Tim Grayson, a Democrat from Concord, told the state Senate before it voted to extend protections on March 31.

Assembly member Buffy Wicks, a co-author and Democrat from Oakland, did not share why she and other legislators failed to extend protections for the tenants waiting on aid who are now at risk. She did note that qualified tenants who submitted applications by the deadline will receive assistance, and that local governments are able to enact eviction protections now that statewide protections have expired.

The state’s rent relief program has paid over 339,000 households close to $4 billion in assistance, according to the California COVID-19 Rent Relief Dashboard.

Previously, tenants whose applications were denied had 30 days to appeal the decision, which could stay an eviction. However, with the expiration of protections, tenants can appeal but are no longer protected from eviction until a final decision is made — even if the program eventually rules in their favor.

Close to one in three applications statewide had been denied as of June 23.

Sarah Treuhaft, vice president of Research at PolicyLink, said denials jumped from 20% when the program stopped accepting applications to close to 33% as of June 23, calling the rise a “huge concern.” She also noted that 93% of denials were for low-income applicants.

“Given the program increased in ability to process applications, there was an increase in approvals and denials as all applications were actively case managed,” said Ross of the state housing agency in response to questions about the increase in denials.

The Department of Housing and Community Development is facing multiple lawsuits related to the program. The most recent one, filed in June, critiques the program’s lack of transparency, especially regarding the reason for denials and cites a disproportionate harm to tenants based on race, color and national origin.

AB 2179’s preemption on local protections was heavily criticized by tenants’ rights groups. Sen. Scott Wiener and Assembly person Phil Ting, both representatives of San Francisco, were the only two lawmakers to vote against the bill, citing the preemption.

“We are thrilled that the city has done what it can to protect its residents by putting this protection in place,” Prochovnik of the Eviction Defense Collaborative said, adding that cities cannot provide certain aspects of the state’s protections related to court procedures.

Due to the previous preemptions, the city’s legislation only protects tenants from eviction for rental debt incurred after July 1, 2022. Thus, if a San Francisco tenant could not pay rent in April when the state’s rent relief program had closed to new requests, they could be evicted for failure to pay, but a tenant who was unable to pay rent due in July would be protected.

“The unfairness is palpable,” Prochovnik said.

The Mayor’s Office of Housing and Community Development reopened its own rent relief program for applications on April 1 after the state closed its program, and as of June 24 had made close to $2.9 million in relief payments to 504 of the 3,467 households that have applied.

San Francisco tenants are entitled to legal aid in eviction cases under the city’s universal right to counsel program — the first of its kind in the country and the only program of its type in the state.

Abadilla encouraged tenants who received an eviction notice to call, email or visit the Eviction Defense Collaborative. Those who are behind on rent should apply for San Francisco’s rent relief program.