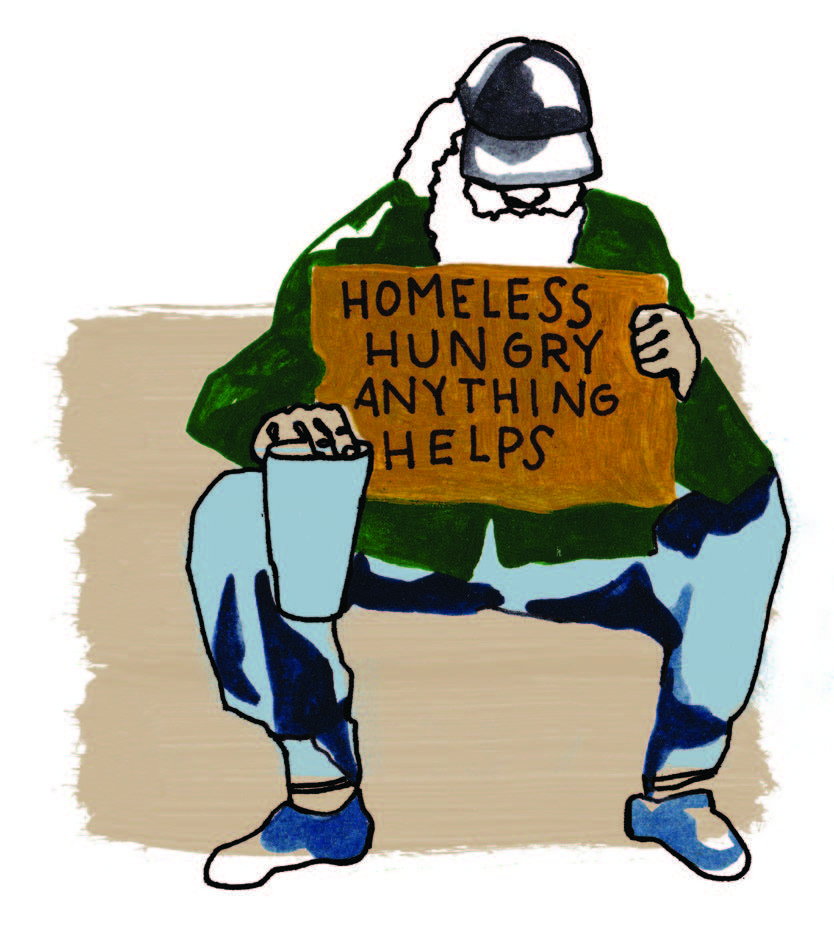 In the mid-19th century, California lawmakers enacted the state’s first anti-vagrancy measrues to rid city streets of people who were homeless or indigent. This timeline highlights some key years, laws and policies in  San Francisco.

1850 “An Act for the Government and Protection of Indians” targets Native Americans in California. Ostensibly a bid to promote apprenticeship, it authorizes authorities “to hire out such vagrant within twenty-four hours to the best bidder, by public notice given as he shall direct, for the highest price that can be had, for any term not exceeding four months.”

1867 California passes Order No. 873, “To Prohibit Street Begging, and to Restrain Certain Persons from Appearing in Streets and Public Places.”

1979 City prohibits obstructing streets, sidewalks and public ways, or remaining on private property after being asked to leave. Includes provisions for multiple offenses within 24 hours or within 120 days.

1980s City adopts “shelter-bed-and-a-sandwich” policy under Mayor Dianne Feinstein, which does not address the underlying issues of homelessness.

1981 Ban on structures, tents or modifications to landscape for housing in parks. Ban on  sleeping in parks between 8 p.m. and 8 a.m. Amended in 2008.

1986 Prohibition on drinking alcohol in public, except during city-approved activities such as a parade. Updated in 1997.

1988-91 “Beyond shelters” policy under Mayor Art Agnos. Aims to create the first city-owned shelters with onsite services, but the plan lacks resources and the shelters become overwhelmed in the aftermath of the 1989 Loma Prieta earthquake.

1992 Voters outlaw aggressive panhandling via Proposition J, put on the ballot by Jordan. It prohibits harassing people by “closely” following them to solicit money or other goods, even after being explicitly declined. Repealed and replaced by Proposition M in 2003, after being ruled unenforceable.

1994 Jordan sponsors and voters approve ballot measure to prohibit loitering within 30 feet of an in-use ATM.

2001 Loitering within 10 feet of a public restroom prohibited.

2002 Care Not Cash spearheaded by then-Supervisor Gavin Newsom and approved by voters. Welfare payments to homeless people are reduced to almost nothing in exchange for city-provided housing and services.

2003 Voters elect Newsom mayor and approve Proposition M, which bans aggressive panhandling and replaces a similar 1992 measure that courts struck down. Proposition M also replaces the 1994 ban on loitering near an ATM with a ban on soliciting within 20 feet of an ATM or check-cashing business. Law also expands provisions to all public spaces, including Muni and BART, and provides option for substance abuse or mental health diversion through the Department of Public Health.

2004 Mayor Newsom announces 10-year “housing-first” plan that lays out a goal to end homelessness within a decade. Homelessness drops, then levels off.

2010 Voters aprove “sit-lie” law, titled “Promotion of Civil Sidewalks.” It prohibits sitting or lying on public sidewalks between 7 a.m. and 11 p.m., with exceptions for certain activities deemed lawful, such as emergencies, parades, use of wheelchairs and strollers, and sitting on public benches or chairs. Citations jump nearly 400 percent between 2011 and 2015, then drop dramatically through June 2017.

2013 Large vehicles prohibited from being parked on streets between midnight and 6 a.m. in designated areas, particularly around city parks.