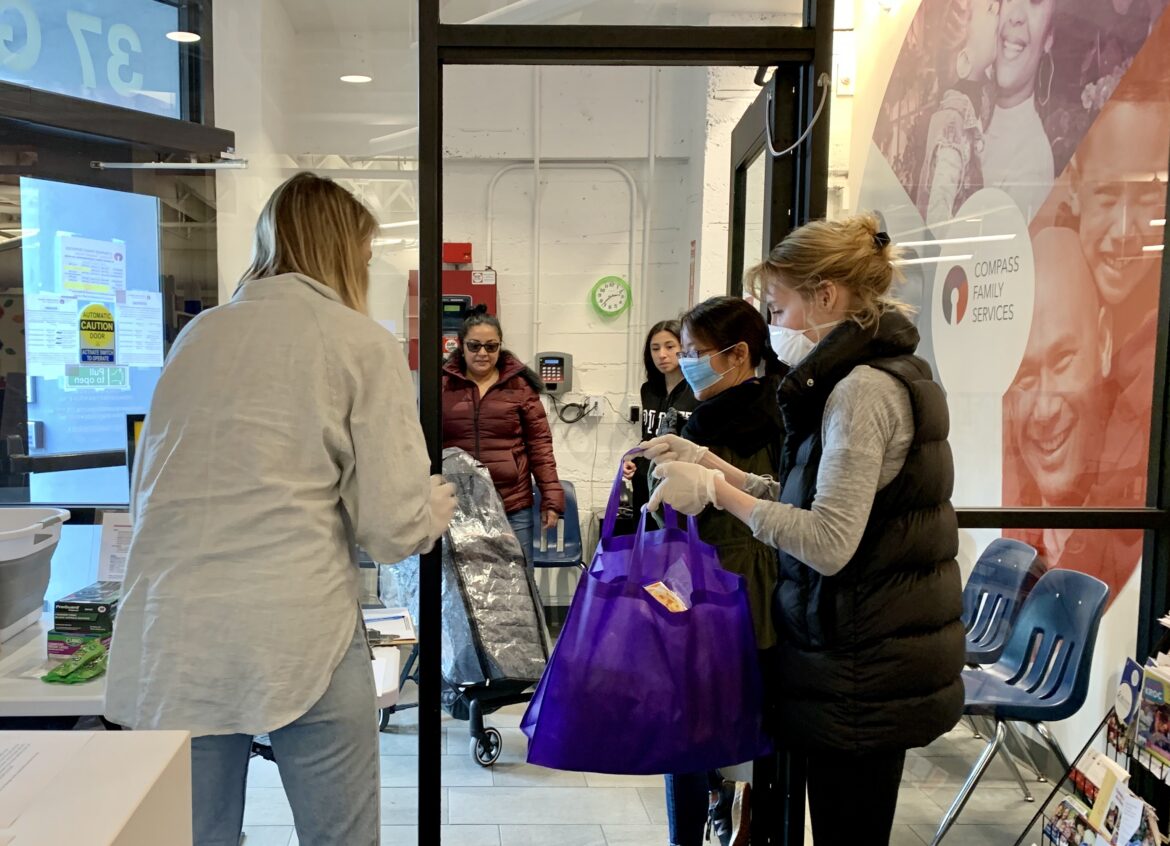 People who provide services to homeless individuals and families have become essential workers during the pandemic, often doing their jobs with others in person. While they have been considered health care workers and thus eligible for a vaccine, some have struggled to get them, even being turned away from the city’s vaccination site at Moscone Center.

Mary Kate Bacalao, director of external affairs and policy at Compass Family Services and co-chair of the Homeless Emergency Service Providers Association, spoke with “Civic” about how her staff — and other workers in the sector — have experienced the process of figuring out their eligibility for a vaccine and actually getting one.

About half of Compass’ staff has received the first dose of the vaccine, Bacalao estimated. But for many, the first hurdle was appropriately defining themselves, in this case as health workers rather than emergency services workers, who are not yet eligible for the vaccine.

“They feel very uncomfortable ticking one box when the other box also seems to fit,” Bacalao said. “We’ve had some issues with making people feel comfortable enough to advocate for themselves, and they’re very used to advocating for others. They’re selfless folks.”

Having done that convincing, some workers were then turned away by screeners at the Moscone Center vaccination site, Bacalao said. Instructions from the Department of Public Health that had made it to service providers didn’t seem to have made it to staff doing intake work at the vaccination center.

“It’s really hard for staff, who are trusting that they can advocate for themselves, and then the information doesn’t filter correctly down the chain,” Bacalao said. “It’s not just the logistics of distributing the vaccine supply, although that is a huge issue. It’s also sort of the communications infrastructure that has to be in place so that we’re all on the same page about who is eligible for what and as you’ve seen, that’s been a problem from the get go.”

In response to a request for comment on homeless services workers incorrectly being turned away from Moscone Center as ineligible, an unidentified spokesperson with the city’s clearinghouse for coronavirus press inquiries wrote in an email:

“There was confusion at the site about eligibility around Tier 1A and we worked with the provider to rectify. The following letter was emailed on February 8 to more than 850 contacts on our provider list. We encourage persistence for those who are eligible to receive the vaccine to make an appointment to do so.”

That statement was followed by an emailed letter, also unsigned, to providers who work with the city which acknowledged that there have been challenges for some workers trying to get the vaccine. It directed workers to the city and state coronavirus vaccination registration websites and instructed them to mark “health care worker” when prompted. Workers are also instructed to check those sites at least every day to catch new appointments as they become available.