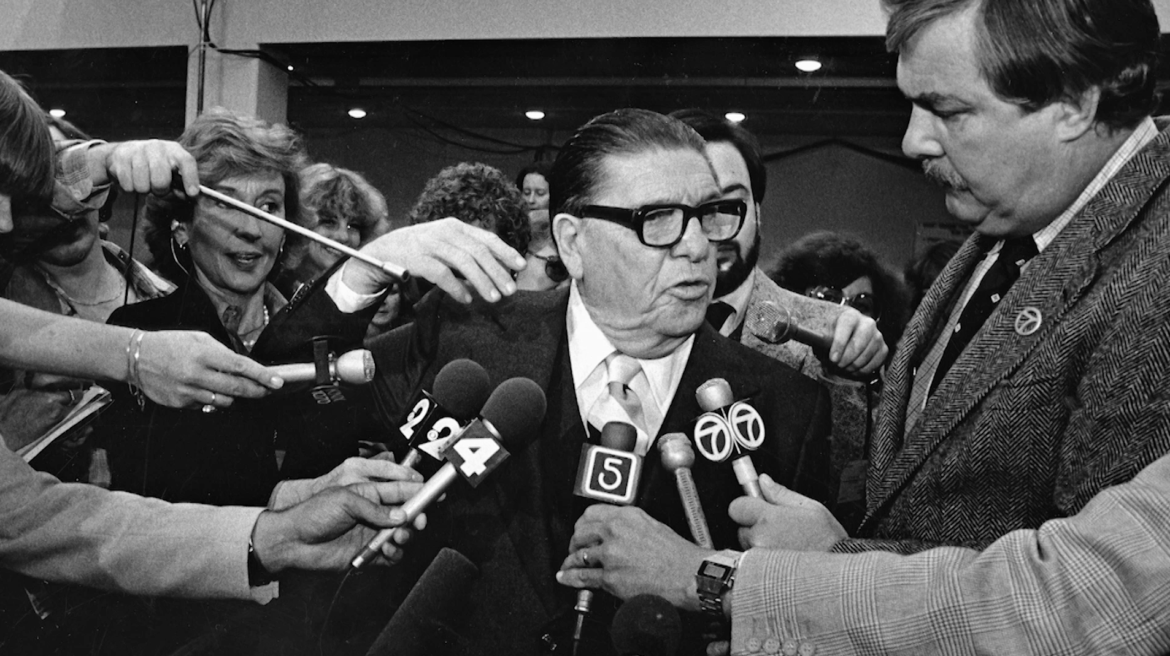 Courtesy of Bread and Butter Films

Howard Jarvis in a still from "The Last Angry Man."

California voters this November will be considering a ballot measure that would amend Proposition 13, a 1978 measure that keeps property taxes based on the assessed value of properties at purchase, and caps the amount the taxes may increase. It spared long-term homeowners from steadily rising tax bills but slashed revenue for the state. This year’s Proposition 15 would change the measure, raising property taxes for businesses by basing them on the current assessed value of their property, likely much higher than what it was in 1978. Homes, businesses whose California property is worth less than $3 million and farm land are exempted.

The documentary “The First Angry Man” turns its lens back on the moment when Proposition 13 was passed and examines the social and political context of the time. The filmmakers, Camille Servan-Schreiber and Jason Andrew Cohn, make the case that Howard Jarvis, the public face of Proposition 13, helped usher in an era of nationwide tax revolt and distrust in government that persists more than 40 years later.

“In politics, it’s a lot easier to cut people’s taxes than to tell them that they need to pay more taxes. So it had the sort of long-term effect of really hamstringing the Legislature in terms of their ability to raise revenue when they needed it.”