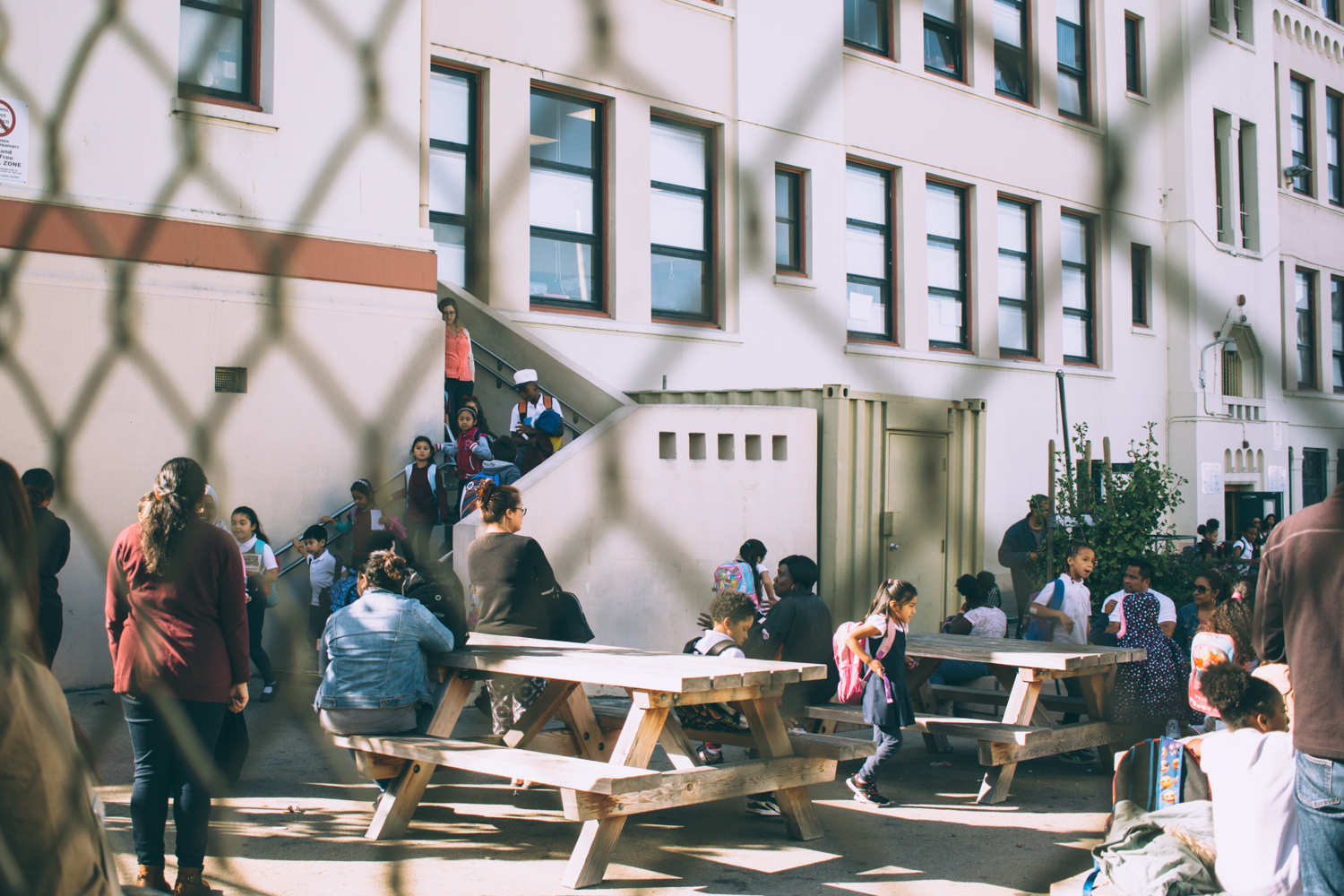 Liz Enochs, Board Member and

Laura Wenus, Reporter & Host for "Civic" |
LikeTweet EmailPrint More
(Breaking News — This story will be updated as new information becomes available. Scroll down for the audio story. Last updated Friday, March 13 at 6:45  p.m. with details on plans to provide breakfast and lunch in the district for students who need them.)

San Francisco plans to close all public schools for three weeks as a containment measure against the coronavirus pandemic, according to Mark Sanchez, president of the San Francisco Unified School District board. Schools will be closed from March 16 through the already scheduled spring break ending April 3.

Sanchez said he expects the move to have a cascading effect on other districts and push them to close down, which may be what is needed to keep the virus in check: “Maybe by doing what we’re doing it’s going to force that issue.”

Things have changed rapidly this week. At a Monday emergency school board meeting, the teachers’ union was urging the district to keep schools open. Now it’s the reverse, Sanchez said. He’s been getting multiple reports from teachers of massive student absenteeism. There’s been a groundswell of sentiment from teachers — not led by the union, he said — for a walkout.

Susan Solomon, president of the United Educators of San Francisco, said she spoke at public comment before a closed session meeting of the school board with health department officials on Wednesday morning. She said she called for schools to be shut down after increasing concerns from union members.

“Earlier on, before it was declared a pandemic, we were willing to keep working so kids have someplace to be during the day,” Solomon said. “But as more cases have emerged and it’s been declared a pandemic, it’s really health concerns that have caused people to feel it would be safest to close the schools.”

While some are self-quarantining, especially those who are older, most teachers have been showing up for work. About 16% of the district’s teachers are older than 60, with about a third of substitute teachers in that age group, he said. He also mentioned concerns about custodians, cafeteria workers and other school staff.

The initial closures are partly designed to give the district room to formulate and execute a plan instead of constantly reacting to outside developments, he said. The district plans to bring administrative staff in the week of March 23 to get trained by the Department of Public Health on safety and prevention protocols so they’re ready by the time students come back from spring break on April 6. The district administration will use next week for planning, before bringing back adminstrative staff at each school.

“It’s going to give some people peace of mind,” Sanchez said, adding that while for people “who don’t have access to childcare, it could make them even more worried.”

But the district has not offered detailed instructions for what parents who can’t bring their children to school or leave them at home by themselves should do. Superintendent Dr. Vincent Matthews said city administrators are discussing “ramping up” library activities, and that more information would be forthcoming.

“Right now, if you’re asking if we have all the answers, at this point we don’t,” Matthews said at a press conference announcing the closure. “We plan to put more on our website and push out more information to our families as we move forward.”

What parents should not do, officials advised in a statement, is leave children with older relatives or others who are vulnerable to the complications of COVID-19.

“I’m a fourth-grade teacher, and every day we’re at work it’s a really somber feeling,” Sanchez said. He teaches in a district south of San Francisco. “It’s been really stressful for our staff. You can feel it. It’s palpable.”

While the Department of Public Health advised the board that there was no evidence keeping San Francisco schools closed would help, the school district chose to act now out of a desire to protect students, teachers, employees and their families, Sanchez said.

Teresa Arriaga, executive director of the parent advocacy group Parents for Public Schools of San Francisco, said while there were indications that schools might shut down and some parents had been hoping it would happen sooner, very little is clear about where parents should send their children.

“This is not something that most city officials or nonprofits have really dealt with before. And so everybody’s kind of planning as they go,” Arriaga said. “What I know from families is that they’re, in some ways, I think, relieved that schools are closing because of the risk. There is definitely a group of families that really wanted schools to close earlier. But still sort of figuring out how to manage the barriers that now exist for them in terms of childcare.”

“We already know there are families whose income is being affected because of so many cancellations [of] events and people just kind of staying in. So this is going to be a critical, critical need to fill in the upcoming week,” Arriaga said.

The school district announced Friday, the day after the board meeting, that it will provide free breakfast and lunch to students who need them. Starting Tuesday, March 17, the meals will be available for children to pick up at eight sites, with an additional six sites added the next day. On Monday, the district will train staff, and clean and set up locations where the meals will be distributed. The effort is being undertaken in collaboration with the Department of Emergency Management and the San Francisco-Marin Food Bank. The school district is also exploring the possibility of setting up food pantries at the pick-up sites to allow adults to access groceries where their children are picking up meals.