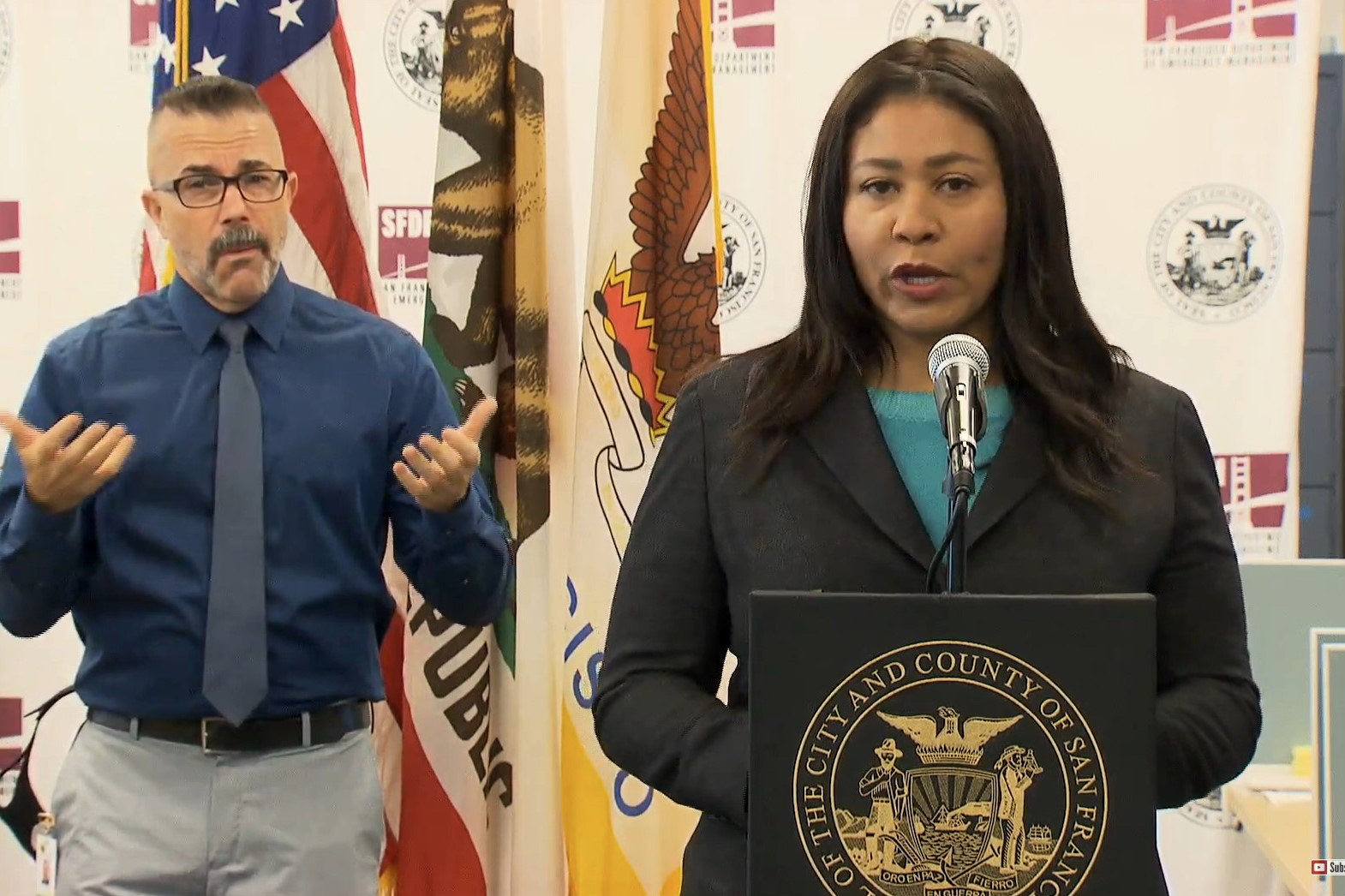 Laura Wenus, Reporter & Host for "Civic" |
LikeTweet EmailPrint More
Beginning today, San Francisco officials will be enforcing an 8 p.m. to 5 a.m. daily curfew. Mayor London Breed announced the curfew, and said the National Guard was standing by, Saturday night after unrest broke out in the city’s downtown area. Earlier in the day, demonstrators peacefully marched through the city in response to police killing George Floyd in Minneapolis on May 25. Protesters marched from the Civic Center to the Mission. They gathered in front of the Mission Police Station to chant and recite the names of others killed by police, then returned to the Civic Center. Later in the evening, storefront windows were smashed and shops looted around Union Square, and some fires were set.

This morning, Breed and San Francisco Police Chief Bill Scott offered few details about the curfew and its enforcement, but said essential workers traveling to and from their jobs would be exempt, as would homeless people.

“I want to just express my understanding and appreciation for those who are peacefully protesting,” she said. “And as mayor, it doesn’t mean that I’m immune from feeling the hurt and the pain. Having my own experiences, especially growing up here in San Francisco, it’s why I ran for mayor. It’s why I got into politics, because I wanted to change things.”

But Breed also said assaults, intentionally set fires and property damage would not be tolerated and could draw emergency response resources away from other emergencies.

“If someone is hurt and they call 911, who’s the first to show up to the scene? Firefighters and paramedics. But they were inundated with fires that were deliberately set,” she said. “So what happens if your mother is having a heart attack and there’s no one to come and help her? And we’re in the middle of COVID-19.”

Other topics discussed at the press conference: