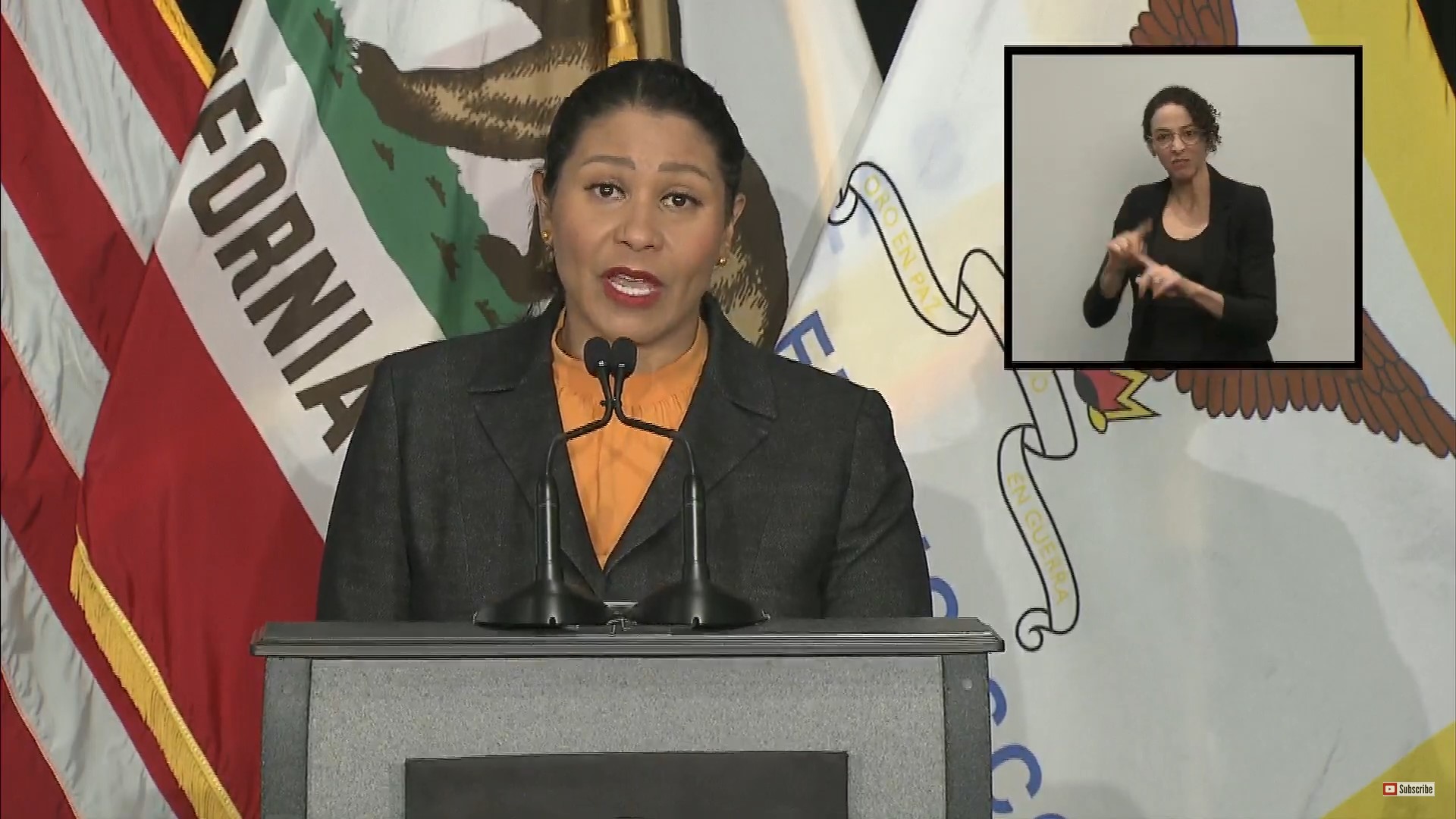 Some nonessential businesses will be able to resume limited operations starting May 18 if the rate of coronavirus-related hospitalizations in San Francisco does not increase in the next week, Mayor London Breed said Monday.

“The curve is indeed flat,” said Dr. Grant Colfax, director of the city’s Department of Public Health, referring to the hospitalization rate in the last month. “Since April 6, our hospitalization numbers have ranged from 70 to 94 patients.”

The businesses allowed to offer goods for pickup and delivery would include florists and stores that sell books, music, art supplies, toys and sewing materials. Restrictions would also begin easing on “nonessential” surgeries and other medical services, Colfax said.

Breed also said that any resident who tests positive for COVID-19 but cannot effectively self-isolate can stay in one of the hotel rooms that the city has secured.

The statements came at Breed’s thrice-weekly press conference, during which officials also announced the latest counts of San Francisco residents infected by COVID-19. There have been 1,954 people with confirmed infections, they said — 156 were homeless. Thirty-five people have died, one of whom was homeless.

Other topics discussed at the press briefing: