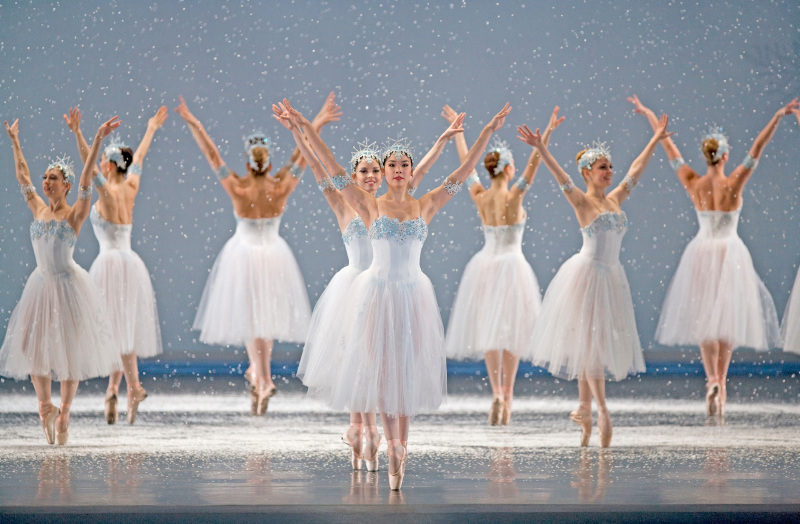 The San Francisco Ballet, pictured here performing "The Nutcracker" in 2008, is one of many Bay Area arts organizations shifting to online performances this year.

Seventy-six years ago, the San Francisco Ballet introduced “The Nutcracker” to America. This year, the company will introduce the “Nutcracker Online” — a virtual holiday experience for the era of COVID-19.

With help from Blueprint Studios, a Bay Area-based event design firm, S.F. Ballet has created a virtual opera house where audiences can visit Victorian San Francisco, learn a bit of choreography, dress up and take downloadable photos, and, of course, stream “The Nutcracker” in high definition.

“We decided to really look at what’s different about our community,” said Kelly Tweeddale, executive director of the San Francisco Ballet. “Technology is what the Bay Area is known for.”

S.F. Ballet is just one of many local arts organizations that have adapted their holiday offerings for a socially distanced season. It’s not easy to capture the spirit of live performance without an audience, but constraints have bred creativity and opened new channels of artistic expression.

Within the first month of the pandemic, the San Francisco Gay Men’s Chorus created SFGMC TV, and saw early success with a viral ode to health care workers.

Premiering on Christmas Eve, “(At) Home for the Holidays” will be the group’s second hour-long virtual concert, an event Artistic Director Tim Seelig calls “at least five-times as hard to pull off as live concerts.” That’s because video conferencing does not lend itself to rehearsing choral arrangements with over 100 singers.

“Zoom picks up the loudest voice in the Zoom room, and it’s never the most beautiful voice,” said Seelig. Instead, singers will record their parts individually. The tracks will be mixed together, along with archival video and cameos from Broadway star Laura Benanti, famed drag queen Bianca Del Rio and Prince Manvendra Singh Gohil, the first openly gay member of the Indian royal family.

The San Francisco Playhouse has taken a more streamlined approach, with on-demand videos of productions featuring small casts. This holiday season, the Playhouse will present Brian Copeland’s one-man show “The Jewelry Box”, which was filmed at the theater with a tiny crew and the blessings of the actor’s union. To capture the energy of live performance, plays are filmed straight through with minimal editing.

“Because the actors know we’re doing that, they put that same sort of energy into their performances of having to get through from beginning to end,” said Producing Director Susi Damilano. So far, Damilano’s audience has agreed, commenting on how much the videos feel like theater — with added perks. “One lady said, ‘I loved it because I could put it on pause and go to the bathroom whenever I wanted.’”

Other organizations have decided to go a different route entirely, eschewing streaming video for audio-only productions. At American Conservatory Theater, director Peter J. Kuo adapted “A Christmas Carol” in a radio play format. Kuo sought to honor the original A.C.T. production by Carey Perloff and Paul Walsh by keeping certain moments that will be familiar to regular viewers, while updating the play with the addition of four narrator characters, who are forced to share a holiday celebration because they’re quarantined together.

“What it ends up doing is showing people that you can create family or you can create connection even during this time,” said Kuo. A.C.T. will help foster those connections with virtual listening parties where audiences can interact.

If you prefer a proletariat-friendly version of Charles Dickens’ classic tale, the San Francisco Mime Troupe is offering “A Red Carol,” which will air on the San Francisco Public Press radio station KSFP starting Dec. 11. The free production is the latest in a series of radio plays the Mime Troupe began releasing in August. Speaking with “Civic” host Laura Wenus, playwright and actor Michael Gene Sullivan described how the pandemic had inadvertently expanded the group’s horizons.

In many cases, the adaptations propelled by COVID-19 are poised to become permanent additions to company repertoires. S.F. Playhouse’s Damilano notes that on-demand videos expand access for people who may not have the means or ability to get to the theater. The S.F. Ballet’s Tweeddale calls the virtual experience “part of our next normal.”

“We are in the business of creating memorable moments, and the really exciting part is when it’s live because it’s so powerful,” said Tweeddale. “But we also understand that memorable moments are things that you want to revisit. And we feel like this digital world allows you to have that souvenir memory as well.”

In the here and now, creators hope the shows will be able to bring people together in spirit, if not in body. The inaugural performance of the S.F. Gay Men’s Chorus holiday show took place in 1990, in the midst of the AIDS crisis, when the Castro Theatre opened its doors for everyone who couldn’t go home for the holidays. Then, as now, the music served as a powerful reminder of community and resilience.

Some organizations offering virtual performances are listed below.