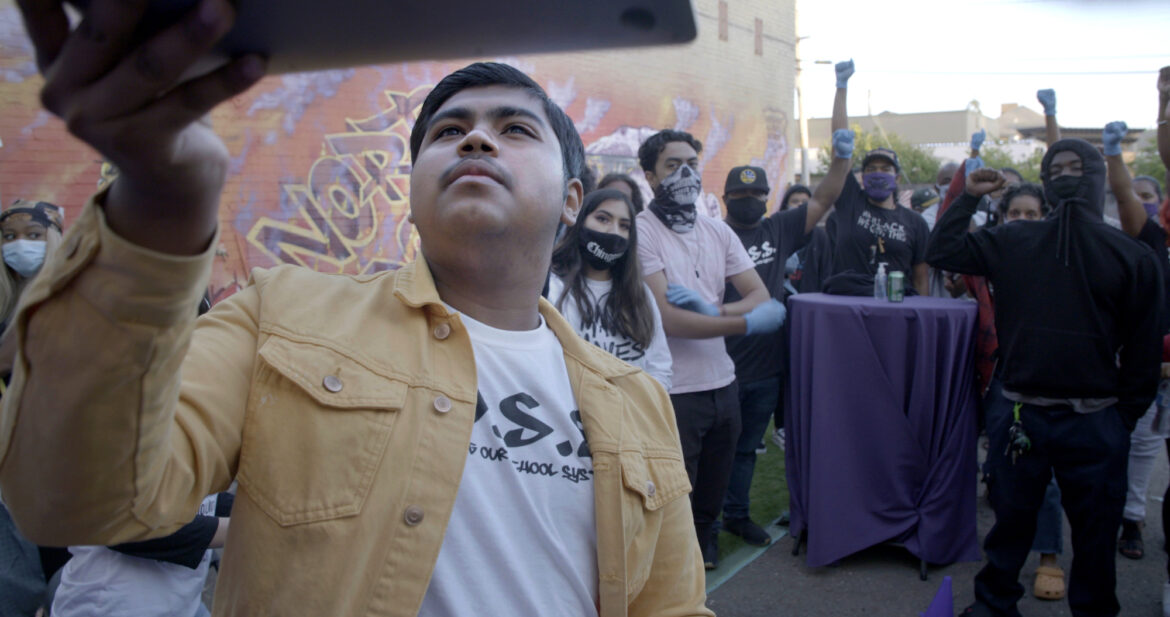 A still from "Homeroom."

A new documentary, “Homeroom,” shows how Oakland High School’s Class of 2020 faced a year of pandemic uncertainty with resilience and perseverance, amplifying calls to end policing in schools even as those schools shut down and their personal milestones were relegated to virtual spaces. The film is the third in a trilogy by the nonprofit Open’Hood, which previously produced “The Waiting Room” and “The Force,” examining health care and the Oakland Police Department, respectively. “Homeroom,” from director Peter Nicks and executive producer Ryan Coogler, debuts Aug. 12 on Hulu. It will also begin a week of screenings at Oakland’s Grand Lake Theatre that day. Gaby Arvizu, associate producer and sound recordist for the film, and Denilson Garibo, one of the students featured in the documentary, joined “Civic” to reflect on the development of the movement, having a film crew capture key moments in high school students’ lives and more than a year of pandemic restrictions.