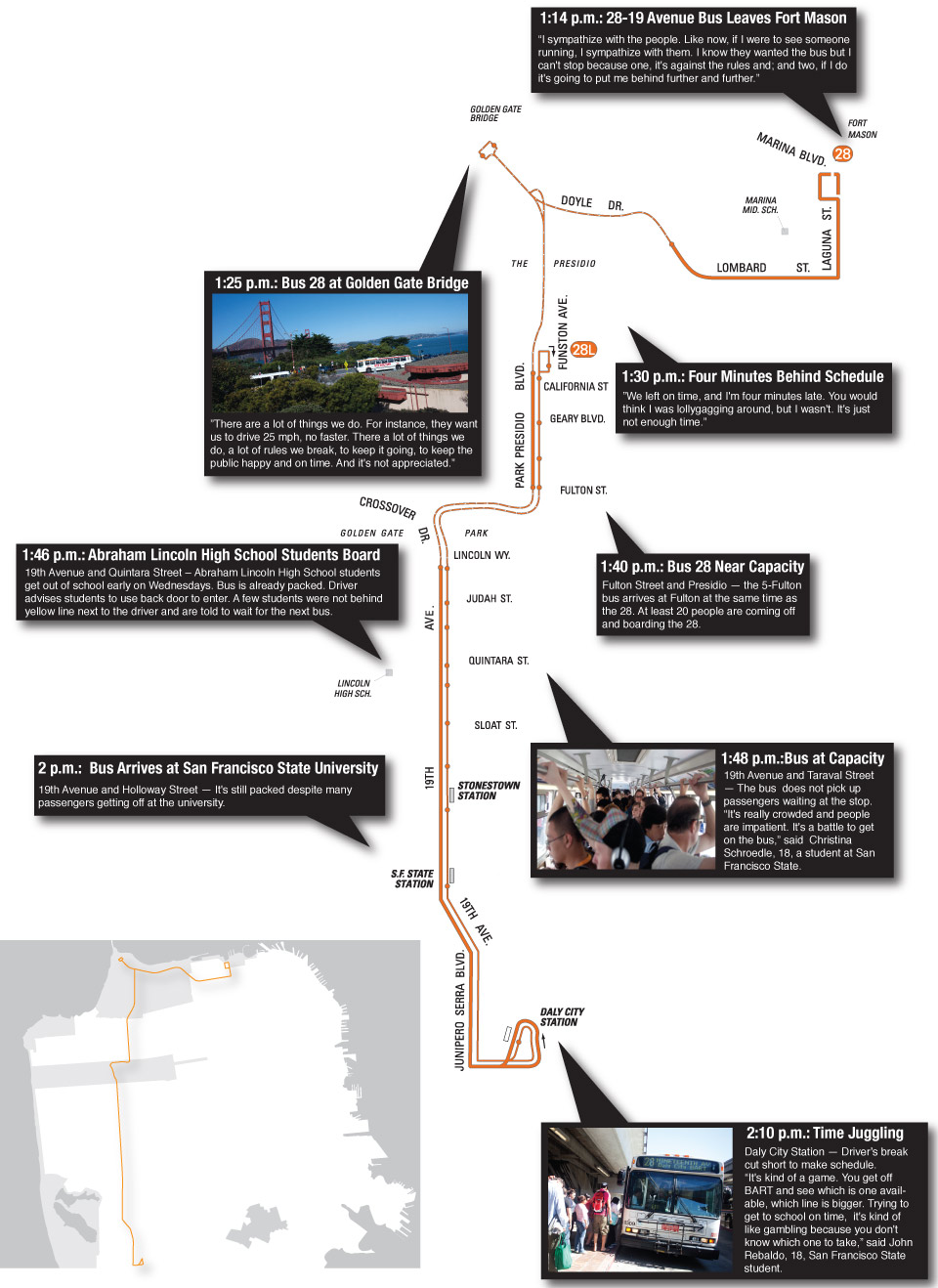 Reporter Jerold Chinn, Multimedia Editor Monica Jensen and Social Media Editor Sarah Fidelibus rode one of the Muni bus lines that has the most trouble keeping on schedule -— the 28-19th Avenue.

They documented the problems the bus faced while traveling on a recent Wednesday afternoon along the route from Fort Mason to Daly City. The bus travels for much of its route along 19th Avenue, or Highway 1, which leads to the Golden Gate Bridge to the north and Interstate 280 to the south.

On their journey, they found construction on 19th Avenue, heavy traffic and packed buses. As a result, the bus passed three stops with waiting passengers on 19th Avenue and was not able to pick up everyone at another stop. When the bus finally rolled into Daly City and dropped off passengers, it left immediately because it was already four minutes late.

Comments are from the bus driver, who asked that her name not be used, reporter observations and rider views.

Monica Jensen, the multimedia editor at SF Public Press, is also a volunteer at the “Crosscurrents” news program on KALW Public Radio. She has been documenting a collective art project titled “Welcome to the NeighborHood” in Bayview-Hunters Point. The project has been exhibited in the Sargent Johnson Gallery in the African American Arts and Culture Complex, and will be displayed at Zeum and Art 94124. Jensen is also the winner of an honorable mention from the National Press Photographers Association Best of Photojournalism award.