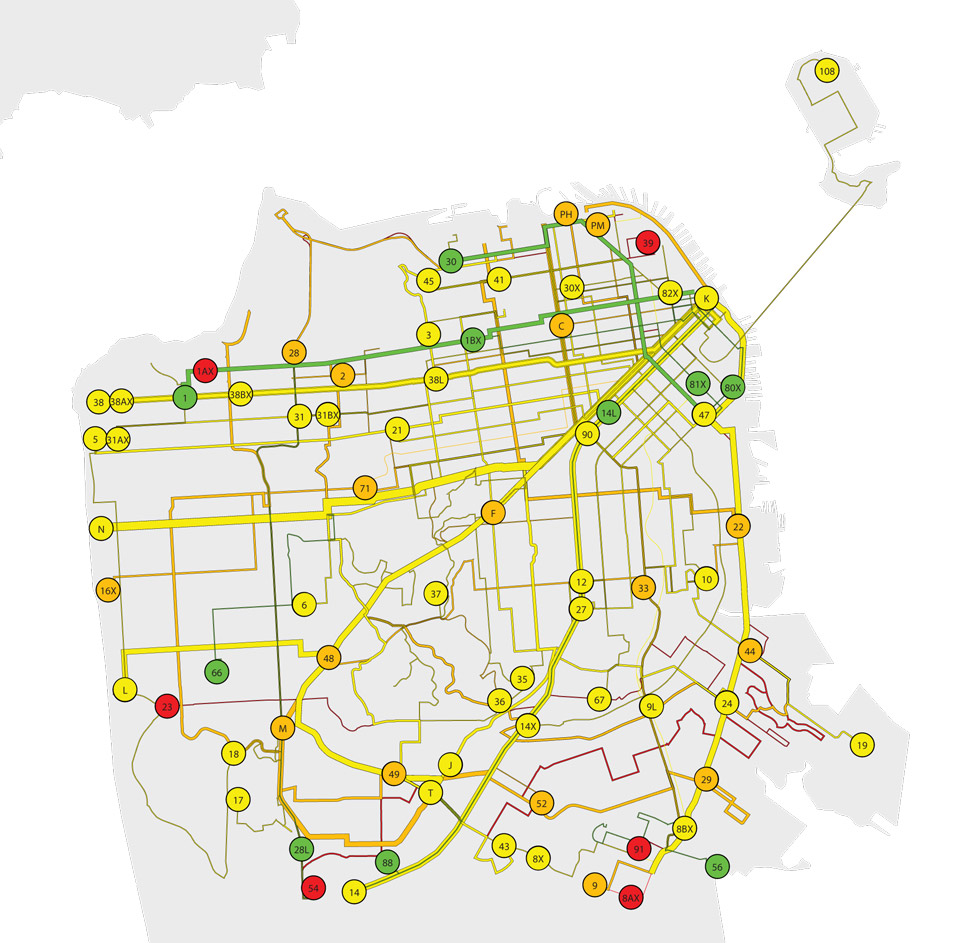 Guide to the map

The thicker the line, the higher the ridership

This map shows which San Francisco transit routes have the highest ridership and which adhere most closely to their schedules. Color indicates on-time performance; thickness of the lines indicates ridership.

The thickness of each line is proportional to the ridership of the line according to somewhat older data — the Transit Effectiveness Project, measured from October 2006 through June 2007.

The route shown for each line comes from Muni’s General Transit Feed Specification schedule data, effective Sept. 4, 2010. The outline of the city is from the Bay Area Outline file (Aug. 1, 2005) published on datasf.org.