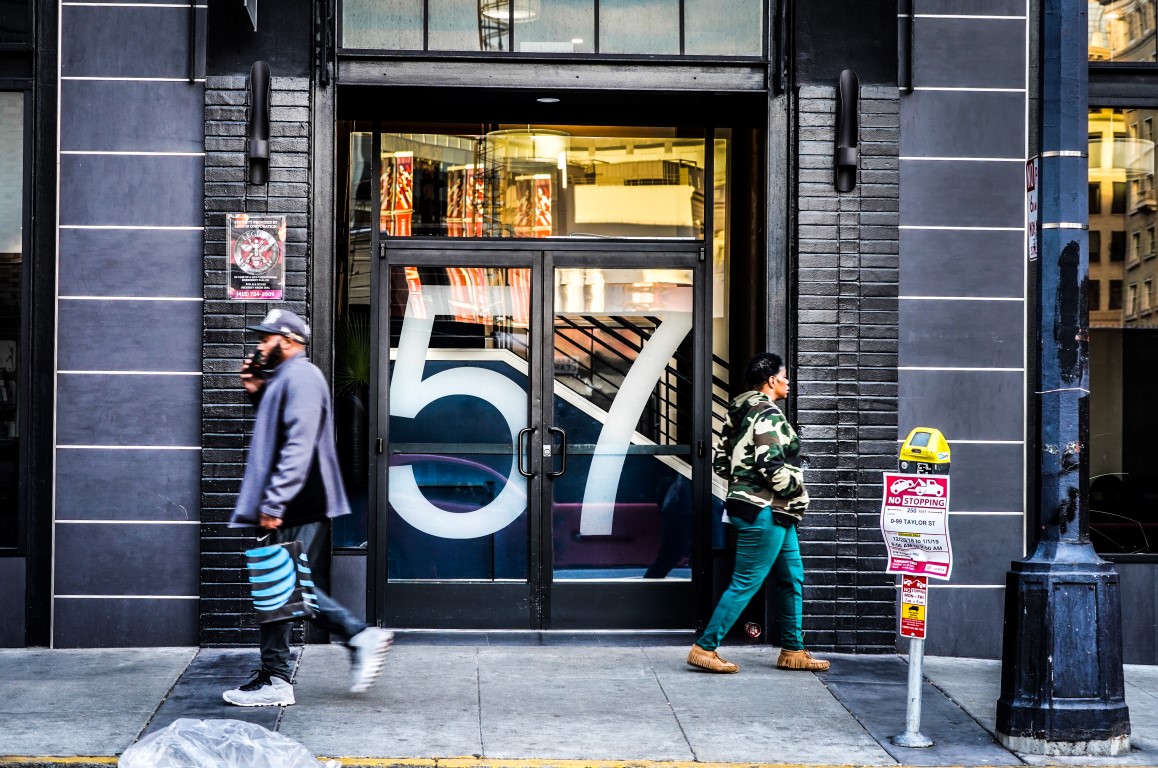 The company generally recognized as San Francisco’s largest landlord has rejected demands by more than 1,200 tenants to help all the company’s renters recover from COVID-19 hardships.

“This feels like a dead end to me, and I don’t want it be,” said Brad Hirn, lead organizer at the Housing Rights Committee of San Francisco who has been helping the Veritas Tenants Association attempt to negotiate with the company.

The association has been trying for more than a year to draw Veritas Investments Inc. to the bargaining table. About 50 member households ultimately resorted to a “debt strike” — a coordinated effort in which tenants committed to delay their applications to California’s rent-relief program. They are effectively holding hostage their combined rent debt of $5.7 million while making themselves vulnerable to eviction. If the renters don’t apply to the program, then Veritas can’t receive reimbursement from the state.

The group won some key concessions in December but reiterated additional, unmet demands that the company rejected late last week, leaving the future uncertain for tenants who have taken on debt to cover rent over the last two years — often called shadow debt.

“I find myself pretty desperate,” said Derek Hena, a member of the Veritas Tenants Association who accumulated heavy shadow debt after losing work in early 2020, and who has encountered about 50 other Veritas households in similar situations. “They’re just terrified. We’re talking $20,000, $30,000.”

Veritas has refused the association’s request to collaboratively design a shadow debt repayment program for all tenants. While it has offered to help individual tenants resolve that debt, it has not explained how the process will work despite inquiries from the tenant group, Hena said.

It has also rejected at least one tenant’s request for help with shadow debt, said Hirn, who shared an email exchange between that person and staff at the company GreenTree Property Management, Inc., which is owned by Veritas and manages conditions and tenant concerns in the buildings.

“Unfortunately, we are not reimbursing residents for rent already paid during the rent relief period,” the GreenTree staffer wrote in a response to the tenant in late August. Hirn did not share the tenant’s name.

Veritas’ San Francisco buildings are subject to rent control, which regulates rent increases to protect tenants from fluctuations in the housing market. A company spokesman previously told the Public Press that the company does not own or act as landlord for its buildings. Rather, it “manages apartment assets on behalf of owners and investors,” he said. Veritas has not divulged its full portfolio of properties, which are owned by various limited-liability companies and similar entities.

The Veritas Tenants Association has members living in more than 100 Veritas properties in San Francisco, Oakland, Alameda and Los Angeles. The association has spent more than a year trying to get the company to negotiate over how to lessen financial hardships related to COVID-19. In September, about 50 of the association’s member households began the debt strike.

On Dec. 14, Veritas responded by offering significant concessions to its San Francisco tenants with rent debt who applied for the government’s rent-relief program by the end of January 2022 — not to all tenants, as the association had requested. Veritas said it would forgive any rent debt the state did not pay off, rather than requiring tenants to cover the difference; and in 2022 it would not apply the annual rent increase that the city allows landlords of rent-controlled buildings to impose to keep pace with regional inflation. The rate for 2022 is 2.3%.

The tenant association convened two days later to discuss whether to accept.

“It wasn’t an easy meeting,” Hirn said. “Solidarity was put to the test when these concessions were on the table.”

The group voted unanimously to continue the debt strike through January in hopes of obtaining more financial relief for all Veritas tenants.

A brush with death, then buried with debt

“I was so touched. I had never felt anything like that before,” said Hena, who knew that Veritas’ offer would be a godsend to members without his level of shadow debt. “I’m so used to people just thinking of themselves, especially considering what people are facing now.”

Hena has been through the ringer. Just months before the pandemic struck San Francisco, he sought treatment for Legionnaires’ disease, a form of pneumonia. He thought he’d walk away with antibiotics, but doctors persuaded him to be intubated. He was put under general anesthesia, and medical staff inserted a tube down his throat to help him breathe. He would later learn that, during the three weeks he spent unconscious and hooked up to medical equipment, he had nearly died three times.

Then, when COVID-19 took hold of the city, the professional event planner saw his income disappear as gatherings became outlawed. Unemployment assistance fell short of Hena’s monthly rent and living expenses, and it would be long before the state would create its rent-relief program, so he began burning through his savings to keep paying rent.

“I’ve never not paid my rent my entire life. And I’ve been renting over 20 years, most of my adult life,” Hena said, explaining the decision. “And I didn’t sweat it because of what I’d gone through, because hey, this is nothing compared to how things could be. I’ve got my health, my life.”

He also believed that government help was on the way. “In the United States, and one of the greatest cities in the world, there’s no way they’re going to just leave us hanging,” he said he thought at the time.

Now he has about $22,500 in debt to family, friends and financial institutions.

In its response to Veritas’ December concessions, the association pushed the company to never impose the rent increases that it delayed during the past two years, as well as 2022’s increase — taken together, they could raise rents 4.8% in San Francisco. The company should also withhold “passthroughs” — fees the company is allowed to charge tenants to recoup certain tax expenses, and which would push rents higher.

On Friday, Veritas responded to the association with an email that ignored the additional demands.

“We are proud of our existing commitments and will continue to do everything we can to make sure Greentree residents stay safely housed,” wrote Jeff Jerden, the company’s chief operating officer.

The Veritas Tenants Association will convene later this month to decide whether to continue the debt strike beyond Jan. 31, the deadline that the company set for tenants to apply for rent relief or face potential eviction.

Hena has his eyes on legislation by Supervisor Aaron Peskin, who represents North Beach. If passed, the law would protect the formation of tenant associations that could raise concerns with landlords, who would have to engage in the conversations in good faith. If landlords did not participate, the city’s Rent Board could penalize them by forcing them to lower rents.

The legislation would make it harder to dismiss the Veritas Tenants Association, Hena said.

“It couldn’t come at a better time,” he said.