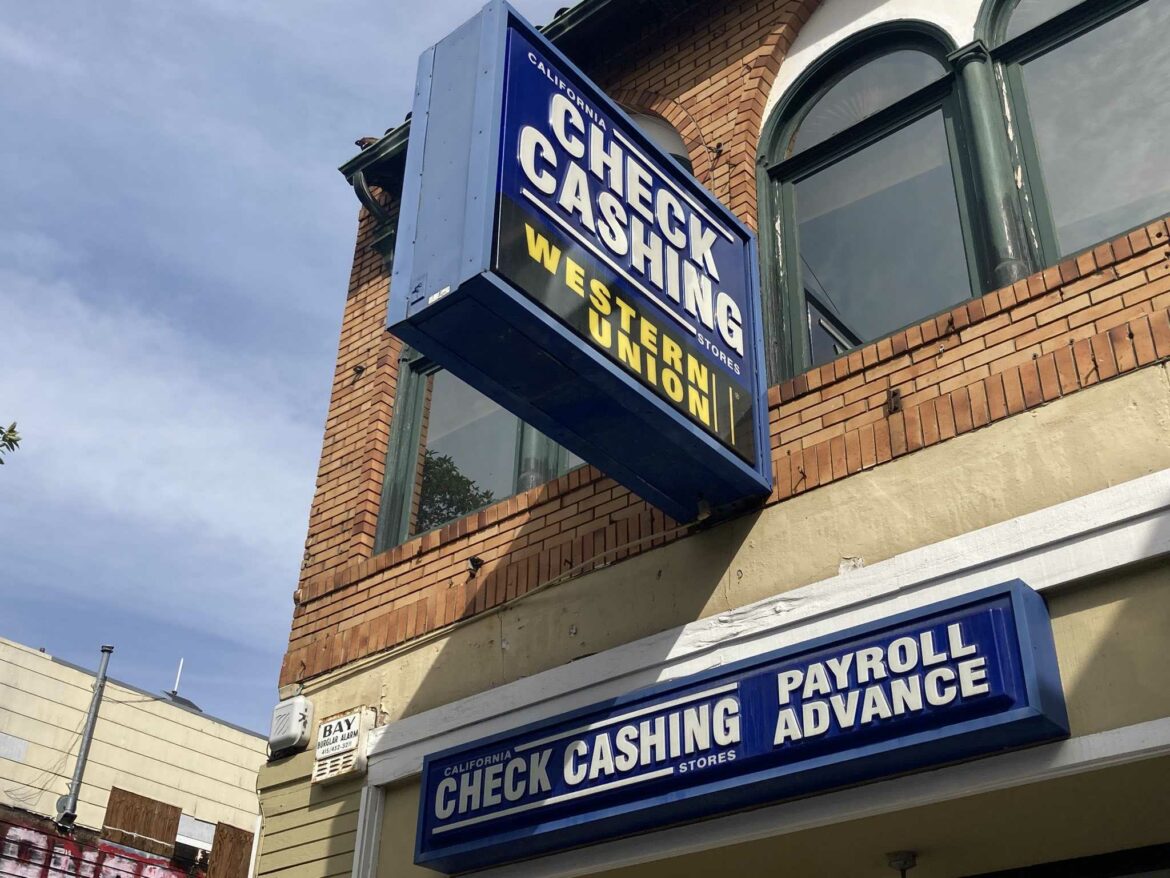 While San Franciscans who owe COVID-19-related rent debt are eligible for relief from the government, those who borrowed from friends, family and other sources are stuck with that debt.

Listen to “Civic” host Laura Wenus discuss these issues with some of the people in this story by listening to the podcast version below.

Thousands of San Franciscans who borrowed money to pay rent during the pandemic are stuck with that debt, making them worse off than those who let the bills lapse.

Federal relief funds cover only unpaid housing expenses. That leaves tenants vulnerable if they made good-faith efforts to pay those costs by taking on thousands of dollars of debt to credit card companies, payday lenders, relatives or friends — especially if they later seek different housing. State law prohibits landlords from denying someone housing based on unpaid rent or related debt, but not other types of debt accrued during the pandemic.

“If they are going to be kicked out, and they have a trashed credit score, how are they going to get housing?” said Hannah Appel, an associate professor of anthropology at the University of California, Los Angeles, and co-founder of the Debt Collective, a national organization that advocates for the cancellation of various types of debt.

By mid-September, 2,429 San Francisco households — more than one in three applicants — reported taking on this debt, often called “shadow debt,” in their requests for rent assistance through the Mayor’s Office of Housing and Community Development, which has operated a rent-assistance program in parallel with the state’s. The local program began winding down in September, though the state’s program continues to accept applications.

The repercussions could be painful and persistent for people in this predicament. “Our concern has always been that it becomes a long-term issue in the way that student debt and medical debt already are,” said Shanti Singh, legislative and communications director at Tenants Together, a statewide coalition of tenant-rights organizations.

Singh said she has not heard about any policy proposals to address shadow debt.

Of those with shadow debt, 830 reported owing credit card debt; 265 took out payday loans; and 1,334 incurred “other” types of debt, according to the mayor’s office.

The state’s rent-relief program covers rent and utility bills. It cannot directly pay off shadow debt, but it can pay up to three months of future rent. With that cushion, recipients can use other income to pay off their debt, said Russ Heimerich, the program’s spokesman.

The true number of affected San Francisco renters could be much higher. The city’s count omits applicants to the state’s program — which does not track shadow debt — as well as people who have not applied to either program.

The mayor’s office did not provide the total or average household shadow debt.

But many Latino households say they’ve taken on between $5,000 and $10,000 of debt to cover rent, said Miguel Velasco, workforce development program manager for the Mission Economic Development Agency. He and his staff, who help residents apply for rent assistance, said their clients took out the loans because landlords were pushing them to pay up. The average rent-assistance payment in San Francisco is $11,174.

Mr. Tang, 41, is one of many residents who must figure out how to bear the burden. Tang is Chinese and asked the Public Press not to use his full name because of the stigma members of his community associate with high levels of debt, he said.

He reduced his wait staff from 10 people per shift to just one. During the pandemic, the business might earn less than $1,000 in a given month, far below its commercial rent of $14,000.

Tang’s income was gone, and he did not qualify for unemployment benefits. By June 2020, he was three months behind on rent for his apartment. His landlord frequently reminded him what he owed, and Tang felt pressured to come up with the money.

The government did not start programs to cover this kind of debt for San Francisco tenants until March 2021. So, back in June 2020, Tang reasonably expected that he’d have to cover the bill in the end.

He paid his landlord with a $4,000 no-interest loan from a close friend.

The restaurant never bounced back, and Tang closed it permanently in September of this year. He now owes his residential landlord about $13,600. He applied for rent assistance this June and is still awaiting a decision from the government, but even if approved he’ll have to figure out how to pay back his friend.

“I cannot work in my restaurant,” Tang said, “but I can do Amazon delivery. I can do Door Dash.”

Many members of the Chinese American community have taken on shadow debt primarily out of a sense of duty, said Rita Lui, a housing counselor at the Chinatown Community Development Center.

“The whole Chinese community shares the same value: They don’t like to owe anything” to the landlord, Lui said. “They feel very bad, not comfortable, and like they didn’t do their responsibility to pay rent.”

That may help explain why, statewide, Asian and Pacific Islander renters have accumulated the most shadow debt per household, according to a July report by the University of Pennsylvania, which is partnering with the state of California to evaluate its rent-relief program. The report draws from surveys of more than 16,000 program participants.

More than half of survey respondents incurred debt to cover rent, the report said. Of those who did, 90% borrowed from friends or family members. Asian and Pacific Islander households borrowed an average of $4,582, almost a third more than white households and double the amount borrowed by Black households.

For many, unknowns drove borrowing

Despite multiple protections against evictions, there were many good reasons for San Francisco tenants to take on shadow debt in the process of paying rent.

In the first year of the pandemic, before federally funded relief programs began operating, people like Tang believed there was no way to avoid the payments. Even after the programs started, many renters were unaware of them, said José Cartagena, senior program director of homelessness and housing services at nonprofit Catholic Charities of San Francisco.

“If I had known, I wouldn’t have paid,” Cartagena recalled clients saying.

Some undocumented immigrants incurred debt in hopes of avoiding any interaction with the court system, said Laura Hernandez, interim director of rental assistance at the Eviction Defense Collaborative. The statewide eviction moratorium, which ended Sept. 30, had protected tenants with COVID-19 hardships from eviction if they paid at least 25% of the previous year’s rent by Oct. 1 — but landlords can seek the remainder in small claims court starting November.

“They think, ‘I’m going to go to court, get charged with something, they’ll know I’m here, so I’ll get deported,’” Hernandez said. “‘So I’ll pay these payday loans.’”

Other tenants took on debt to head off eviction when the moratorium was on the verge of expiring in January and again in June, said Singh, of Tenants Together.

“There was so much uncertainty until the very last minute, about when Newsom and the Legislature were going to extend protections,” Singh said. She recalled a tenant who had asked her about the likelihood of an extension and was debating whether to immediately pay her landlord the amount necessary to remain housed.

“She said, well, I could pay the 25% but I’d have to max out all my credit cards. What should I do?” Singh asked around, and then advised the tenant not to go into debt because an extension would probably happen. Luckily for her, it did.

‘Some debts should probably never be repaid’

Shadow debt is just the latest layer on a mountain of debt that has been growing for decades, said Appel of the Debt Collective. After hitting a trough in 2013, U.S. consumer debt rose to a record $15 trillion in the second quarter of this year, according to data from the Federal Reserve Bank of New York.

The pandemic caused job losses across the country, deepening the financial holes many households were in. That was especially true for low-income people of color in service jobs. In the San Francisco metro area, which includes San Mateo County, employment in the leisure and hospitality industry, which includes hotels and restaurants, fell from 139,000 jobs in March 2020 to 62,900 the following month. Employment had rebounded to an estimated 104,100 jobs by this August, but has yet to fully recover.

But the pandemic changed something else too. “We learned this word: ‘moratorium,’” Appel said.

“Suddenly, this idea, this moral idea that debts have to be paid or else all these systems are going to collapse around you — the government just puts a pause on it,” she said. “That message was unthinkable, pre-COVID.”

It was a demonstration that, even at a large scale, the terms of debts can shift for the public good. Appel said that this can be fodder for political organizers pushing for debt forgiveness.

“Debt payments can stop,” she said. “And arguably, often, they should stop. Some debts should probably never be repaid. Some debts are destructive.”