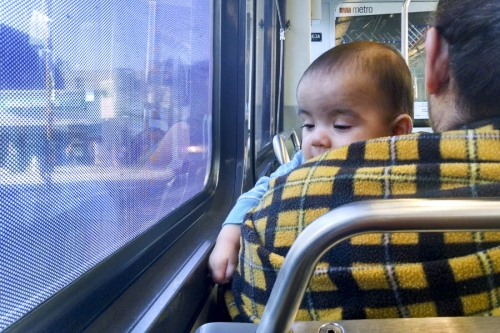 San Francisco’s government workers get 12 weeks of paid parental leave for the birth of a child, or when they adopt or become foster parents. That’s more than any other city government in the country offers, but overall, the U.S. lags behind half the world’s countries, which give at least 14 weeks paid leave, the United Nations reported in 2014.

But before they can use their parental leave, most city workers must exhaust all accrued sick leave, leaving them vulnerable if illness strikes afterward.

And if a child has two parents who both work for the city, the parents have to split the 12-week leave.

Doubling parental leave time would have the “double benefit of helping us recruit and retain a more diverse workforce,” the city director of human resources told the San Francisco Chronicle.

If passed, under Proposition B, a charter amendment, city workers — married, domestic and single parents — could tap into parental leave and retain a single week of sick leave. And city-employed couples would no longer have to split their leave.

Proposition B would primarily benefit couples who work for the city. Together, they would double their leave time. Parents who did not have a city-employed partner, would only see a net gain of one week of paid leave — the sick time they would no longer be forced to use for paternal leave. To qualify in the first place, people would need to have worked about 20 hours per week for at least the preceding six months, though certain workers would need to have been employed for at least a year.

Proposition B would cost between $570,000 and $1.1 million per year, based on the city controller’s estimates. This would cover the additional weeks of paid leave, as well as the cost of workers who would fill in for the absent city staff.

Supervisor Katy Tang. The full Board of Supervisors and Mayor Ed Lee also endorsed the measure.

Terence Faulkner, the former chairman of the San Francisco Republican Party. He is writing the opposing argument to this and three other measures in the election booklet.

View all filing activity supporting or opposing this proposition.

We want your questions. If you are still wondering about how Prop B will work or impact San Francisco, ask! Use #election2015 and our twitter handle (@sfpublicpress) and we will do our best to get answers.