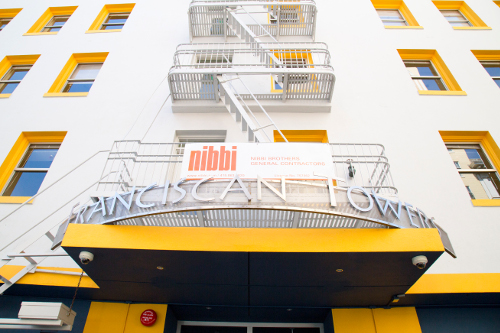 Proposition A would create a fund with up to $310 million for helping people remain in, and move to, San Francisco if they otherwise could not afford to do so. San Francisco’s affordability crisis continues to keep housing prices high. Demand persistently outstrips supply, and luxury homes have dominated new construction, catering to an influx of residents with money to burn. The median price of a home in the city now hovers above $1 million. Meanwhile, housing for low- to middle-income earners is rising at a snail’s pace, largely because those projects lean heavily on limited government grants.

If Proposition A passes, City Hall would sell up to $310 million in general obligation bonds and use the revenue to attempt to ameliorate the housing affordability crisis in a number of ways:

As a revenue measure, Proposition A requires a two-thirds “yes” vote to pass, unlike most ballot propositions, which require only a simple majority.

Mayor Ed Lee’s original version of the bond was $250 million. He resisted calls for a larger amount, arguing that property owners would doom the effort because the city would have to raise property taxes. But twice he caved in to pressure from Supervisor John Avalos and the rest of the Board of Supervisors, raising the proposed bond first to $300 million and then $310 million.

It’s been two decades since city voters gave a housing bond the green light. The last time was in 1996, when a $100 million bond paid for the construction of 2,125 affordable units. But similar proposals failed in 2002 and 2004, possibly because those bonds would have come bundled with property tax increases.

Remember that the majority of San Francisco residents are still renters, not owners — though that gap has narrowed in the past few years. Property owners, however, tend to turn out in higher numbers at the polls, especially in off years.

A July report from the City Controller’s Office calls it “unusually challenging” to predict the housing bond’s ultimate cost to the city, largely because it depends on future interest rates, which we can only guess at. The city would ultimately have to pay this money back, plus interest. It would do that by raising property taxes from fiscal year 2015–2016 through 2038–2039 by an annual average of $0.0077 per $100 ($8.09 per $100,000 of assessed valuation, according to the city controller’s “best estimate”).

Mayor Ed Lee and the San Francisco Board of Supervisors.

Terence Faulkner, the former chairman of the San Francisco Republican Party. He is writing the opposing argument to this and three other measures in the election booklet.

Public housing: This is a specific type of affordable housing, in which tenants’ annual incomes need to be below a certain limit. This housing is generally reserved for the lowest income brackets, or people with severe disabilities. Households pay only the rents that they can afford — a set percentage of their incomes, or a minimum monthly rent of $25. These buildings are owned by the government.

Two committees, SF Housing Now and Yes on A are spending money in support of Prop A.

Follow the money at the San Francisco Ethics Commission: all Proposition A filings.

We want your questions. If you’re still wondering about how Proposition A will work or impact San Francisco, ask! Use #election2015 and our Twitter handle (@sfpublicpress) and we will do our best to get answers.