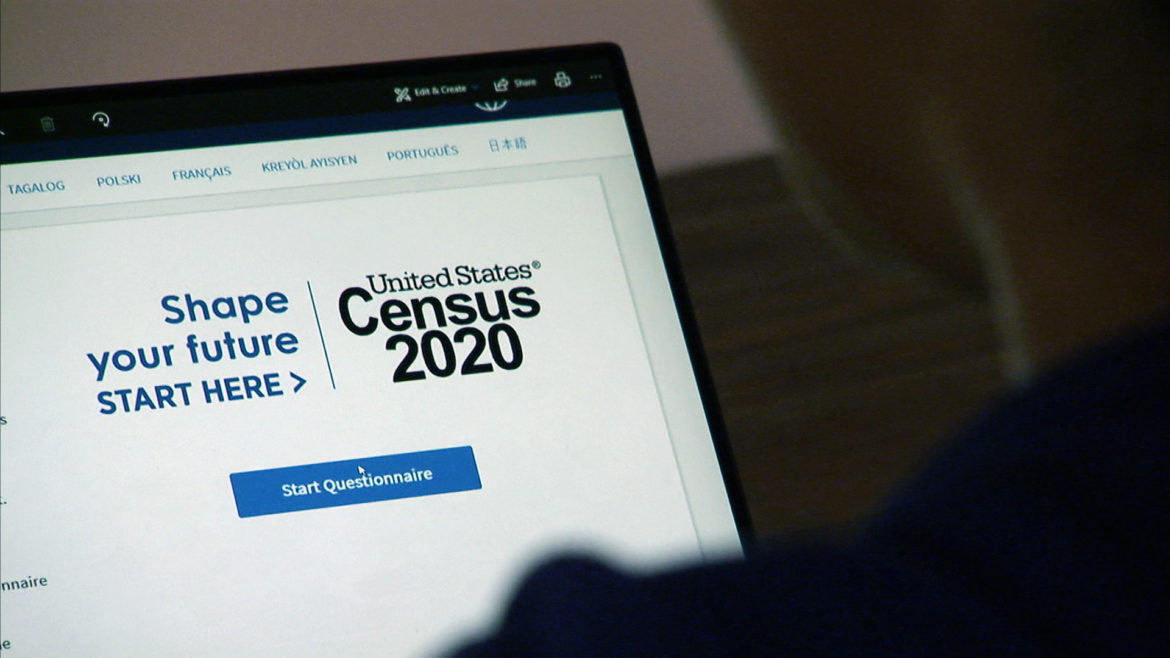 This year the census, a constitutionally mandated count of every person in the country every 10 years, is being conducted primarily online for the first time. While the shift offered convenience to the digitally connected, many communities already considered “hard to count” include people with limited digital tools or literacy that put the digital questionnaire out of reach. With the coronavirus pandemic and confusing federal directives, the in-person enumeration most likely to document them has been delayed and cut short.

An undercount can affect federal funding and representation. Before the pandemic, California was expected to lose one seat in the House of Representatives after the count, and was projected to receive some $170 billion in census-guided federal funding over the next 10 years.  That makes the likely outcome of missing residents costly.

But the barriers to reaching some residents online are high. An estimated 10,000 people in San Francisco lack reliable internet access. Around 8,000 people at any given time don’t have reliable access to power or wi-fi because they are homeless. More than 12% of American residents have a disability — some of which can limit access to participation in the census.

When a household does not respond to initial invitations to fill out the census online, by phone, or on paper, workers called enumerators make in-person visits. More than half a million census takers are mobilizing this week in a quest to reach some 56 million households. Despite an April request for a deadline extension and funding boost to complete the count, all counting efforts will cease at the end of September, the U.S. Census Bureau’s director has confirmed, according to an NPR report.

The pandemic has also affected this timeline. In late February, enumerators were gathering and compiling data in preparation for counting homeless people, said Sonny Le, a Census Bureau partnership specialist for the San Francisco Bay Area.

“We had staff literally driving down each street, up and down,” Le said. “We go literally into the bushes and find people and identify and make a note of the locations.”

Because of the coronavirus pandemic and subsequent shelter-in-place orders, that count was repeatedly delayed, and is now slated for late September — just before counting officially ends. Le did not respond to a request for an update on how the operation would be conducted now that many shelters have closed and many street residents have been moved into hotels or city-approved encampments.

Even if the homeless count hadn’t been delayed, advocates have expressed some doubts about how effective it has been in the past.

“They’ll catch the more obvious folks,” said Jennifer Friedenbach, director of the Coalition on Homelessness. “They need to find them, and then they need to complete the census forms. So, there’s a little bit of space between A and Z there.”

For many without shelter, the first priority is finding a safe place to sleep, she said. That often means sleeping during the day — when enumerators are most likely to arrive at encampments — for fear of being targeted for crime at night without a locked door to rest behind.

“Folks who are outside, they’re in full crises,” she said. Those crises can include having no shelter or having a mental illness. Someone approached on the street by a census taker may simply not want to complete the form.

In theory, many who lack a permanent address are still able to access the internet through mobile devices. But Friedenbach said one of the biggest obstacles is keeping those devices charged or being able to access public computers. Since the city’s shelter-in-place order was issued in March, both outlets and public computers have been out of reach. Reached for an update by email recently, Friedenbach said she had not heard of enumerators trying to enter shelters.

“The pre-existing challenges with counting unhoused community members are now dramatically amplified during COVID-19,” Friedenbach wrote. “People feel very disconnected and even if getting counted was a priority for them during this pandemic, it is likely impossible for most to complete the forms electronically.”

Hurdles for seniors and the disabled

“Seniors and people with disabilities face huge hurdles with digital access, and for a handful of reasons,” Lehman said. “One is that so many, particularly people with disabilities, are low income. Poor people are less likely to own a computer, to have a tablet or something, and to have had access to learning how to use the equipment.”

Using a computer may not be the preferred means of communication for someone who still uses a landline, for example. While the census can be done by phone or even on paper, less than two-thirds of the state’s residents have filled out the census. Prompts to complete the census were sent in postcard form.

“You get a letter in the mail. If it says ‘resident’ and from some government agency, are you even gonna open it? Or you’re just gonna throw it away?” Lehman said.

Getting the initial mailed invitation to complete the census is not required in order to respond, even though the mailed invitation includes an identification number. Le said the online prompt for that number can be bypassed on the Census website. Asked if that option might lead to some households responding twice, Le said a “double count is a good problem to have.”

Once the data are gathered, he said, the Census Bureau uses information like name, birthdate, age, location, sex, race and ethnicity to identify and eliminate duplications.

For some people, the digital census itself might be more accessible than previous versions — if they have access to the technology they need.

“The census being online is exciting because it does present the possibility that someone who has requisite access technology, like screen magnification or a screen reader, to complete the survey independently,” said Scott Blanks, senior director of programs at Lighthouse for the Blind and Visually Impaired.

“You can’t just pull a computer out, turn on the program that’s going to speak the information to you, such as a screen reader, and know how to work that program. It does take some time,” Blanks said.

The Census Bureau has been collaborating with groups like Lighthouse to raise awareness of the census, and these community organizations have offered in-person support. Many libraries had equipment and staff available to help people complete the census. Community groups were hosting informational events and setting up assistance centers where neighbors could come to ask for help or get their questions about the process answered.

The pandemic waylaid any in-person gatherings. Some groups have continued their public information initiatives online. But with enumerators mobilizing this week and just a month-and-a-half left to count nearly four in 10 households in the nation, the onus is now on the Census Bureau to reach those left behind by the digital divide.

“The undercounting is what’s our concern,” Le said. “We can’t afford to undercount any anyone or to leave out anyone.”

This is the second in a three-part series of multimedia reports on the impacts of the digital divide on the 2020 Census. Read or listen to the first part here. This project was made possible by funding from Renaissance Journalism.