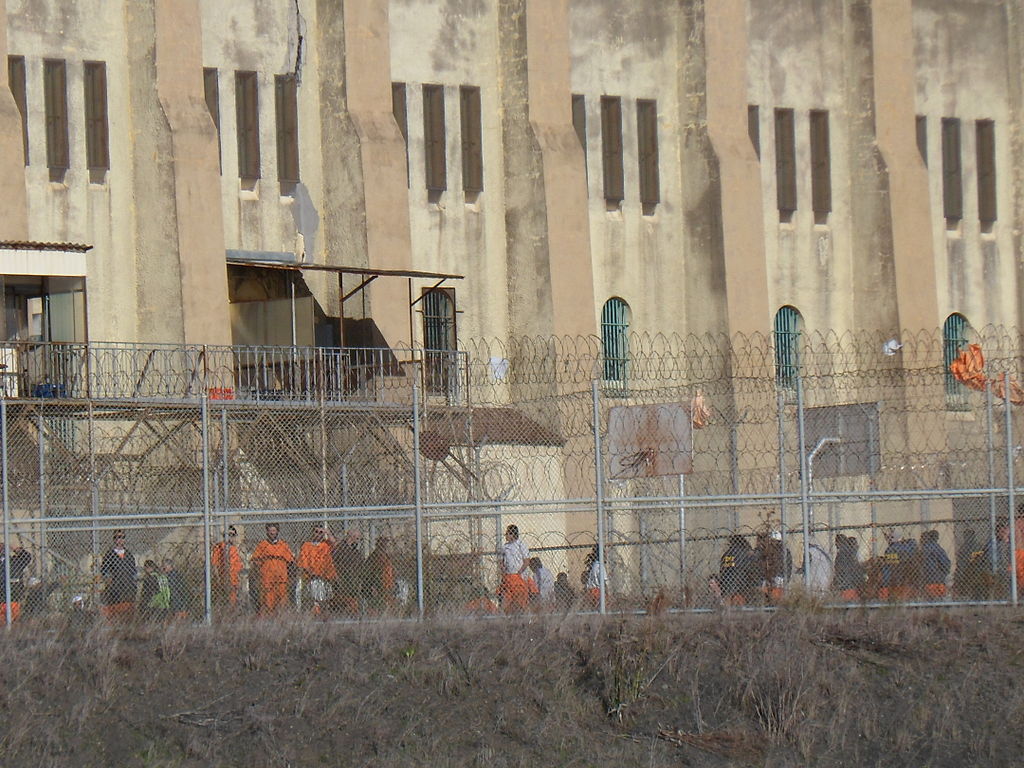 Dying in prison is one of my worst fears. I can’t help but imagine being shot or stabbed to death on a prison yard. Over the years I’ve prepared for an attack. But never in 25 years did I think the attack would come from COVID-19.

Nonetheless, the infection is here in San Quentin and people are dying. I hear the words ‘man down’ every 20 to 30 minutes. As a 48-year-old, high-risk African-American man with asthma, watching men around me fall ill is scary. You feel helpless and all you can do is pray as illnesses and death overload your senses.

It didn’t have to be this way. We had zero infections inside San Quentin since the lockdown was implemented. We thought we’d be going back to school soon, attending college classes, self-help and enjoying contact visits with family. But, on May 30, buses pulled up from a Chino prison where COVID-19 had run rampant. One hundred and twenty-one men exited those buses, some showing symptoms of COVID-19, according to medical personnel working in the prisons receiving area.

Within weeks, the rate of infections inside exploded. Troy Dunmore, who has been incarcerated 25 years, came down with COVID-19 in late June.

“I was so hurt and sore I could barely get out of bed,” said Dunmore. “One night I urinated on myself. After a couple weeks I tried to work out and lost consciousness.”

Since the outbreak, emergency vehicles have repeatedly entered the gates of San Quentin and rushed people to Bay Area hospitals. This is currently the deadliest prison outbreak in the nation and many of us fear what will happen if a second wave hits.

What’s alarming is we barely knew what was happening before we experienced this sudden spike in cases. Without warning, the infection spread like wildfire and San Quentin began quarantining infected people inside punishment units, chapels, tents and the Prison Industry Authorities warehouse, where workers normally assemble desks and chairs. They also built a 160-bed makeshift tent with double- glass doors on the prison’s baseball field to house some people indefinitely.

“We need your assistance to control the spread of the virus. We need you to accept testing to identify new cases,” San Quentin’s Health Care Team eventually wrote in a memo.

While these measures are meant to save lives, for many of us inside, the testing and quarantine process has been traumatizing. Arthur Jackson was exposed to COVID-19 in June. He was quarantined in Carson Section, a punishment unit where he felt like he was being treated like he did something wrong.

“We can’t buy soap powder or dish soap or pouch foods or spend over $50,” Jackson wrote to me in a letter. Even though we were in the same prison, we couldn’t see each other because he was being kept isolated.  “I am handcuffed whenever I leave my cell.”

Dunmore said he was moved from his cell in North block to the Badger section, one of four administrative segregation units in the South block, also known as “the hole.”

“The cells are so dirty they need a deep cleaning,” he said. “The supplies they give us do very little to help. It’s noisy and crowded there.”

It’s not just the punishment of quarantine that makes life difficult. When we’re moved to be quarantined, we also fear losing our personal property or being paired with a bad cellmate upon our return to the regular housing units. And we are worried because the cells themselves aren’t being cleaned properly after infected people are removed from them and quarantined elsewhere.

Vincent O’Bannon, a contributing writer for San Quentin News, said he believes he caught COVID-19 from his asymptomatic cellmate. “I spent 21 days quarantined in a tent on the yard,” he said. “Afterwards, they put me back in the same cell.”

Incarcerated people who are no longer required to be quarantined have been put back in double cells under the belief that COVID-19 survivors develop immunity to the virus. But nobody knows that for sure and many of us fear that prison staff may be playing Russian roulette with our lives amid so much uncertainty.

Officials are rushing to get incarcerated men who have critical jobs back to work as shuttle drivers; in food service, the canteen, Receiving and Release; and on housing unit clean-up and hospital facility maintenance crews. Prison staff was handling most of this workload during the outbreak.

But now, in an effort to free up more prison staff for other duties, officials are providing incarcerated workers they refer to as “COVID resolved” with 10 hours of instruction on occupational health and safety standards in response to COVID-19. Incarcerated people are being trained how to properly put on and wear N-95 masks and computers are being used to ensure these masks fit properly.

But the measures are being met with some skepticism among the incarcerated population. “They’re trying to get us to help them keep us locked up in this death trap,” said one incarcerated critical worker who wanted to remain anonymous out of fear of retaliation.

News normally travels fast through San Quentin. Incarcerated people hear about what’s happening through word of mouth, phone calls, television, newspapers and memorandums. Some of us are in contact with prison advocacy groups fighting to reduce overcrowded conditions at San Quentin. But the volume and uncertainty of the information we’re provided makes everything even more overwhelming.

These are stressful times at San Quentin. We are plagued by anxiety, nightmares and sleepless nights. None of us trust prison officials to keep us safe or provide us with proper medical care. Many of us are sad we lost friends and frustrated by the lack of compassion from prison staff for our situation. Some of us are mentally and physically deteriorating.

And all of us are still reeling from the shock of how COVID-19 got to San Quentin — how it quickly spread, sickened, hospitalized and killed so many people. We haven’t had time to process this trauma yet, and the reality is that we may have to endure another outbreak of COVID-19 before healing can actually begin.

Steve Brooks is a contributing writer for the San Quentin News and the Prison Journalism Project. He also contracted COVID-19 during the outbreak at San Quentin and became ill for several weeks.