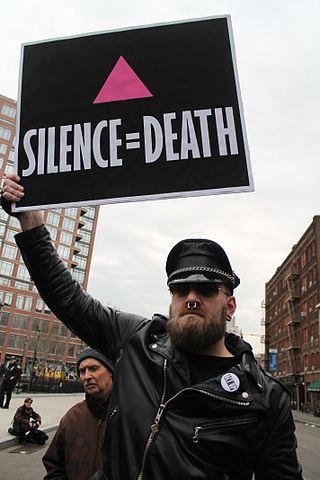 AIDS2020: Virtual, the biennial conference of the International AIDS Society, held in early July, marked a turning point for long-term HIV/AIDS survivors — and not a good one.

Five of us in San Francisco — Paul Aguilar, Harry Breaux, Vince Crisostomo, Michael Rouppet and I — who have been on the front lines of the fight for our LGBTQ and HIV communities from the very beginning, left the event feeling sidelined and fed up. So, we met to discuss the myriad issues confronted by us long-term survivors.

Over the course of our talks, the need to take concrete action to address the concerns of this group of people, the first to face the ravages of aging with HIV, became clear.

Inspired by the Denver Principles promulgated in 1983, through which people living with HIV demanded self-empowerment and self-determination in all aspects of HIV/AIDS research and treatment (“Nothing about us without us”), the five of us composed the San Francisco Principles 2020. This statement outlines the challenges long-term survivors face and our demands for inclusion, resources and treatment that addresses our specific needs.

We define long-term survivors as men and women who were diagnosed between 1981 and 1996, before the advent of antiretroviral cocktails. We bore the brunt of the AIDS pandemic from the very first. That included multiple traumas, such as:

We still live with a form of PTSD (“AIDS Survivor Syndrome”) from all the losses and chaos of the horrendous early days of this pandemic. And we are the ones who set the global standard for compassionate caring for the HIV community. We hope to do the same for the long-term survivor community.

While some AIDS service providers, including the San Francisco AIDS Foundation and Shanti, offer programs and services tailored to meet the physical and mental health needs of long-term survivors, those services and programs are scarce and reach only a tiny fraction of long-term survivors. Survivors in rural areas, racial and ethnic minorities, and transgender women and men are especially hard-hit by this lack of services. From the beginning of the pandemic, we have suffered racism, homophobia and transphobia.

Now we are in our 50s, 60s and beyond, living lives we never expected to have. But these lives are riddled with isolation and loneliness, the expense of medications and health care visits, declining physical health, untreated substance use and mental health problems, poverty and unstable housing.

As we age with HIV, we face debilitating physical and mental health effects of aging at an accelerated rate compared to HIV-negative people. We live with an infuriating sense of having been forgotten, shoved to the side by AIDS researchers and service providers, unknown to geriatricians and other health care providers.

The vast majority of AIDS funding is consumed by prevention resources and programs. While we heartily support efforts to end the HIV/AIDS pandemic, we insist that prevention not drain resources for caring for those of us who have lived with HIV for 25, 30, 35 or more years.

We are the AIDS Generation. Nearly everything the world knows about HIV/AIDS has been learned on the backs of us long-term survivors.

And we are determined to be ignored no longer.

With that in mind, we offer the San Francisco Principles 2020 as a starting point. We hope our statement can spark a national and international conversation that effects real, concrete, positive changes in the lives of long-term HIV/AIDS survivors.

Although the Principles have been available online for less than a week, we have already garnered many dozens of supportive signatures from other long-term HIV/AIDS survivors, allies, researchers, service organizations and health care providers in the United States, the United Kingdom and Australia. Soon we will send the Principles to AIDS service organizations, government agencies involved with HIV, elected representatives, and national and international AIDS organizations, demanding implementation of and funding for these principles.

Our movement is young, and our determination is rock-solid.

• There are severe shortages of HIV/AIDS specialists and geriatricians in the US. Given the escalating costs of medical education, the lack of government subsidization for medical education, the lack of respect for and prestige often associated with these specialties by the American healthcare system, and the time and physical demands required by the practice of these specialties, the majority of medical students have gravitated away from these specialties. Therefore, all medical professionals serving long-term survivors and/or older adults living with HIV must be trained in the proper care and to ensure state-of-the-art geriatric healthcare specific to their needs. Providers, especially non-HIV-expert ones, must be made cognizant of the physical, mental, and psychosocial indignities faced by aging long-term survivors.

• Mental health services for older people living with HIV must be provided on demand, at a reasonable cost and free and without judgment and stigma.

• Mental health professionals serving older people living with HIV MUST be trained to address issues of the psychosocial damage suffered by long-term survivors, primarily but not limited to isolation and loneliness, depression, and alcohol and substance use, including psychological services and harm reduction services.

• Long-term HIV/AIDS survivors MUST be included in the planning and implementation of any programs and services offered to them. Again, Nothing About Us Without Us.

• Long-term HIV/AIDS survivors MUST be given a prominent seat at the table in planning all national and international AIDS conferences to ensure that we are not the “forgotten majority.”

• Resources must be allocated to programs and services grounded in the information and data gathered in HIV and aging studies.

• We must align the fight for long-term HIV/AIDS survivors with other social and healthcare justice movements, such as Black Lives Matter, LGBTQ rights movement, the women’s movement, the Native Americans’ movement, and all other movements and organizations working to end racism, sexism, ageism, homophobia, and transphobia around the world.

Hank Trout is a Senior Editor at A&U: America's AIDS Magazine, as well as a writer, community activist and advocate.