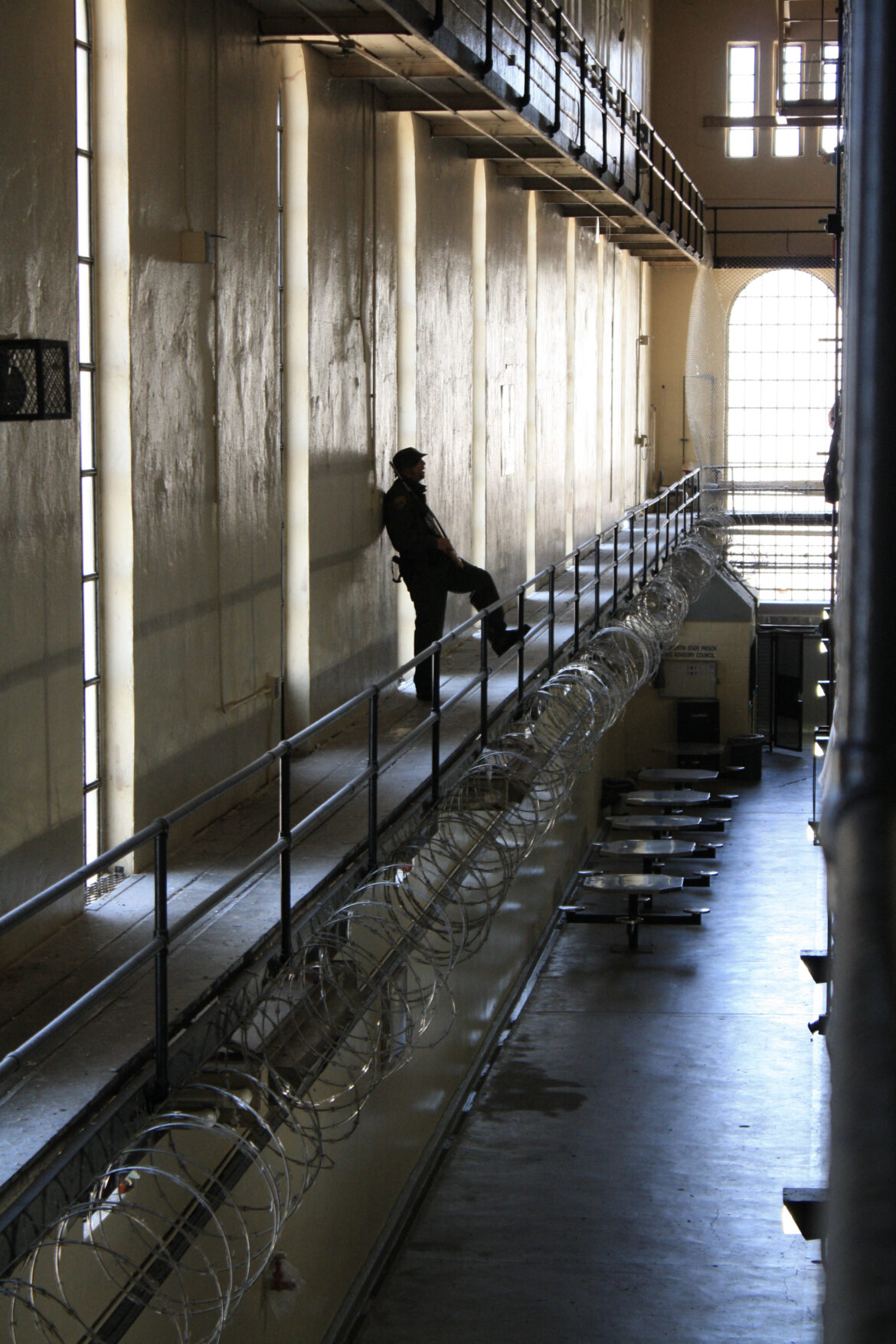 Incarcerated men at San Quentin State Prison are skeptical about whether the sentencing of police officer Derek Chauvin for the murder of George Floyd will mean much for how the nation handles police brutality.

The tiers in San Quentin State Prison were filled with the sounds of bars rattling, joyful shouts and whistles when Derek Chauvin was found guilty of the murder of George Floyd last month, but in the weeks following the verdict, the excitement has given way to skepticism.

As eyes across the nation turn to Chauvin’s scheduled sentencing June 25, many of us serving time have little faith that his verdict will be upheld by higher courts. Even if he is sentenced to prison, we fear his incarceration could both quell the recent uprising and have little impact on the nation’s larger systemic problem of police brutality.

“America always takes revenge for acts and ignores the cause,” said Arthur Jackson, a resident at San Quentin. “That which gave rise to Derek Chauvin still lies beneath the surface, festering, affecting our society every day.”

If the structural issues underlying police violence aren’t addressed, those of us who expect to exit prison one day see a future that looks a lot like the past.

“What I fear most upon my release from prison is that I’ll be pulled over by police and murdered,” said Roosevelt Johnson, a San Quentin resident recently found suitable for parole. Johnson, who is African American, said his status as a parolee will put him at an even greater risk of being killed because he will be treated with suspicion. And he believes people in society may not be as outraged by a Black parolee’s death.

The problem isn’t just that some cops are racist. Many are afraid of Black people and approach us using a whole different standard of policing. A University of Texas at Austin professor who conducts de-escalation training for police described this year how senior officers often undermined his work by advising rookies that it was safer to get aggressive early. His conclusion: Police training should be changed to focus on “the reprogramming of the automatic fear response that some police officers may have toward Black men.”

I was pulled over by police in the 1990s. It was on a dark and isolated street. Two white officers pulled me out of my car, pushed me aggressively up against it and held me there.

“Is this your car?” one of them asked. Was I in a gang? Did I live in the area? As he fired the questions at me rapidly, he twisted my right hand painfully behind my back.

I knew they were trying to provoke me into a struggle. They wanted me to give them a reason to unleash their violence. But I didn’t want to die that day, so I accepted the pain of having my hand almost broken.

That’s a common experience for many people of color. The police killed 2.8 people a day between 2012 and 2018, and Black and Latino men are at higher risk for death than white men, according to an American Journal of Public Health study.

Many incarcerated people believe keeping the public safe from police requires more transparency inside prison as well as in society.

Earlier this year, men incarcerated at a Soledad, Calif. prison sued the state for a 3 a.m. raid on July 20, 2020 that allegedly targeted Black people, forcing them to cram into a chow hall maskless at the height of the COVID-19 pandemic. But there was little news coverage of the raid or the lawsuit.

Incidents like that lead us to believe that every law enforcement officer needs to wear a body camera, even those in prisons. Police also need more training in how to de-escalate situations — and departmental support for such efforts. We need independent civilian oversight committees disconnected from police departments and correctional facilities as well.

“As long as the blue wall or green wall gets to investigate their own complaints, there won’t be any accountability,” said Jackson, referring to the codes of silence among the police and prison guards.

The George Floyd incident demonstrated the power of video footage, but most situations like that go unfilmed and unreported every day.

In San Quentin, there is still hope that Chauvin’s guilty verdict will result in a police officer finally facing the consequences of his crime, but the thought of his imprisonment brings mixed emotions. Some of us would be outraged if he didn’t serve time. However, given our personal experiences with the horrors of incarceration, wishing prison on anyone is a hard thing.

I’m in the camp that doesn’t want to see others locked up. I like seeing people go home and hope to go home one day myself. But you learn a lot in prison. We get an opportunity to examine ourselves and see who we truly are as people — and that can often lead us to change.

If Chauvin goes to prison, I hope he uses the time to understand the trauma of the people in the communities he used to police. Once he gets a taste of the dehumanizing experience of prison life, he may perceive the world much differently. Whether or not he is ultimately incarcerated, he also needs to apologize to Floyd’s family and accept responsibility for what he has done.

Chauvin could still save his legacy if he developed some empathy and joined the movement against bad policing in America. He could, for example, show some support for the George Floyd Justice in Policing Act, which seeks to establish a framework to prevent racial profiling by law enforcement.

That could go a long way in not only rebuilding Chauvin’s character but getting to the root of the problem of bad policing in America.

Steve Brooks is a contributing writer for the San Quentin News and the Prison Journalism Project. He also contracted COVID-19 during the outbreak at San Quentin and became ill for several weeks.