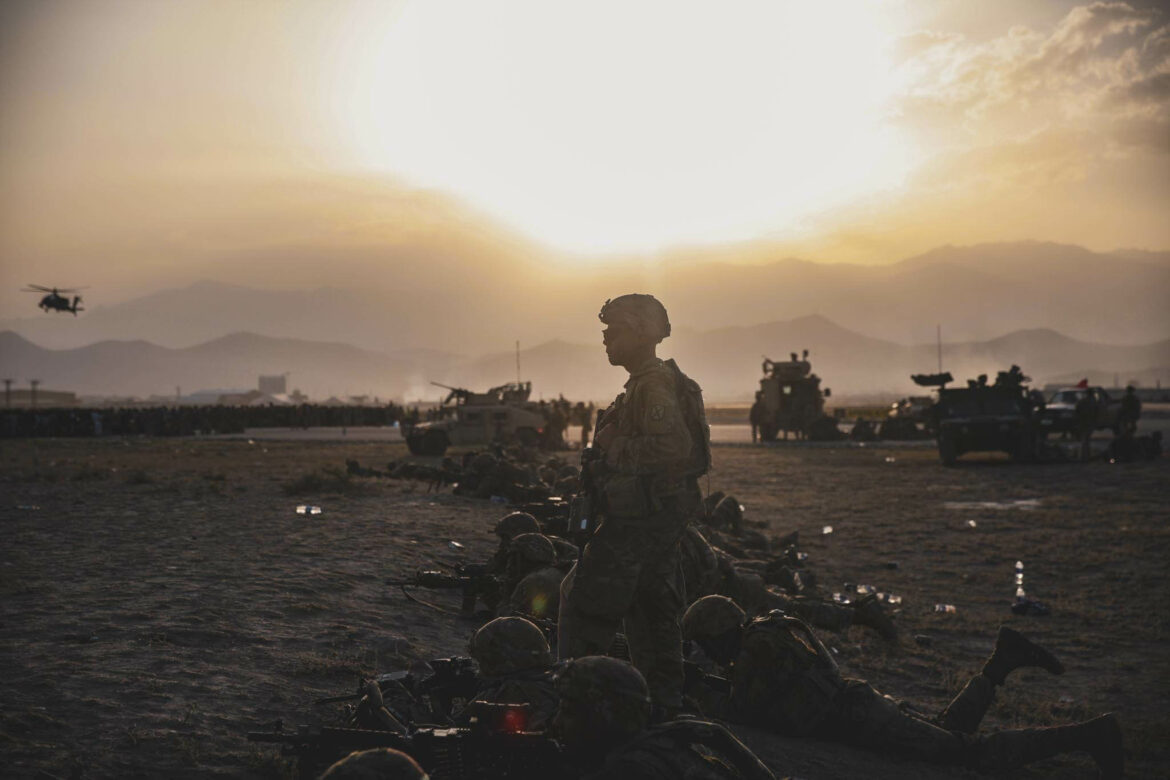 After the Taliban took over the Afghan government, a massive evacuation effort began, but thousands are still waiting at the airport in Kabul. Tyler Solorio, an Army veteran deployed to Afghanistan in 2011 and a policy analyst for the veterans nonprofit Swords to Plowshares, said the U.S. government has made it dangerously complicated for Afghans to get out.

“We’re not just talking about death of people at the hands of the Taliban, and anybody who is associated with them. We are talking about death as a result of bureaucracy, that we have a real-time humanitarian crisis that we actively had a hand in,” he said. “And our response to it is to have this intensely slow bureaucratic process.”

The U.S. is aiming to completely withdraw from Afghanistan by August 31, President Joe Biden has said. Many U.S. military veterans who served in Afghanistan have been deeply affected by what’s happening in Afghanistan, with some forming groups to try to help Afghans who worked with them to flee after the government fell to the Taliban. “Civic” spoke with Solorio and Michael Blecker, a Vietnam veteran and the executive director of Swords to Plowshares.

For Solorio, it is too late to help those who worked alongside him in Afghanistan.

But he and Blecker said veterans have a moral obligation to advocate for Afghans.

Solorio said he thinks of the civilians who treated him with respect and kindness during his deployment who could have been expected to be cruel or standoffish.

Both worried about the long-lasting effects of a 20-year military engagement.

“The trauma that’s caused by this kind of suffering magnifies itself the longer folks are under that same pressure and the same stress,” Blecker said. “The suffering will continue long after the spectacle ends, we know that.”

Swords to Plowshares offers a variety of services to veterans. Details can be found here. The Veterans Crisis Line can be reached by phone at 1-800-273-8255 or online here.