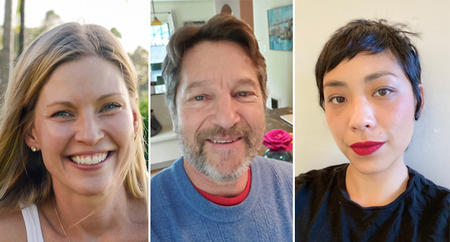 As San Francisco marks the 50th Anniversary of the first LGBTQ rights march, the program “Out in the Bay” is returning to the air on KSFP, a radio station created by the San Francisco Public Press. “Out in the Bay” returns after a four-year hiatus. It ran weekly on public radio station KALW from 2004 to 2016, covering a pivotal period in the LGBTQ rights movement that saw the legalization of same-sex marriage, the enactment of hate-crime legislation and major advances in the rights of transgender people.

Mel Baker, producer and contributor for “Civic,” spoke with “Out in the Bay” founding producer and host Eric Jansen and producer Truc Nguyen about the show and the parallels between the LGBTQ rights movement and the broader fight for civil rights.

“We wondered what was it about him, why did he become the poster boy? And why then after so many other queer people had been killed before him in different ways,” he said. “It’s similar here with the George Floyd killing. It seems like for whatever reason, a particular incident galvanized people to take action.”

Matthew Shepard’s mother, Judy Shepard, became an activist after her son’s death and was present when President Obama signed a national hate crimes bill in 2009 that honored Shepard as well as James Byrd Jr., an African American man whom white supremacists murdered because of his race.

Producer Truc Nguyen said she hopes to see the new “Out in the Bay” focus on the intersection between LGBTQ rights and racial justice.

Jansen and Nguyen also discussed the pre-Stonewall history of the movement and how changing language and changing symbols have continually broadened the inclusiveness of the queer community.