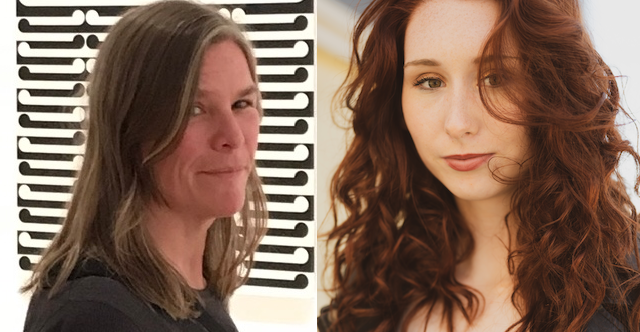 Carolyn Keddy and Ellie Stokes are DJs at KXSF 102.5 FM in San Francisco.

When you tune your radio to 102.5 FM in San Francisco, depending on the time of day, you might hear public radio style talk programming, or you might hear music from local artists. That’s because two radio stations share the frequency — KSFP, from the San Francisco Public Press, and KXSF, a project of San Francisco Community Radio.

Carolyn Keddy and Ellie Stokes, two DJs at KXSF, joined us on “Civic” to talk about their experience working with scores of volunteers who bring a diverse assortment of music and cultural programming to the airwaves and to the station’s live stream at kxsf.fm.

When the coronavirus pandemic hit, KXSF had to stop hosting live music events, which were a key part of the station’s regular fundraising activities. At the same time, more people started tuning in.

“During COVID, one of the upswings for us is that more people have been discovering us, probably because they’re at home, maybe working from home, and have been discovering KXSF. So our listenership is going up,” said Keddy, who has been a radio DJ in San Francisco for 30 years. “And then people when they realize that you’re just a nonprofit, all volunteer run — no one at our station makes any salary — and people you know, are happy to donate and keep supporting the station, which is really a nice thing.”

Stokes, who runs an art and music collective called the Big Leap Collective, has a shorter DJ bio. She was recruited to host her own show during the pandemic and launched “S’morgasbord” on May 10. Stokes said she feels inspired by her fellow DJs and the KXSF community, and appreciates the opportunity she has to bring attention to independent musicians in the Bay Area and beyond.

“I’m so happy that I’m going to be able to have a platform to support all these people at an even greater level,” she said.

Most DJs at KXSF broadcast live from Light Rail Studios in San Francisco. During the pandemic, they’re following rules about wearing masks, sanitizing equipment between shows and practicing social distancing, which means limiting the number of people who can be in the studio, Keddy said.

Despite the inherent challenges, Stokes said she is optimistic about the opportunities for art and expression during the pandemic.

“It’s really incredible to see how artists persevere despite this and come up with creative ways to really get out there and to keep on making music and being creative and doing what they do,” Stokes said. “Sometimes if you just walk around there are people who just kind of start busking on the street, and it’s just this really lovely thing to see because, yeah, we’re in a pandemic and it’s, it’s horrible, but there are people still making the most out of it.”

Keddy said the future could bring renewal for the community.

“I’ll always love San Francisco,” she said. “And right now, you know, when the streets are empty, and the bars and the clubs and the restaurants are all closed, it’s a little depressing. But it’s also kind of nice, because you can just walk around the streets. There’s not a lot of cars. And since I’ve been in San Francisco for 30 years, I know things renew. Something will happen. It kind of goes away, it comes back. So I’m looking forward to San Francisco renewing itself after all this pandemic stuff is done.”