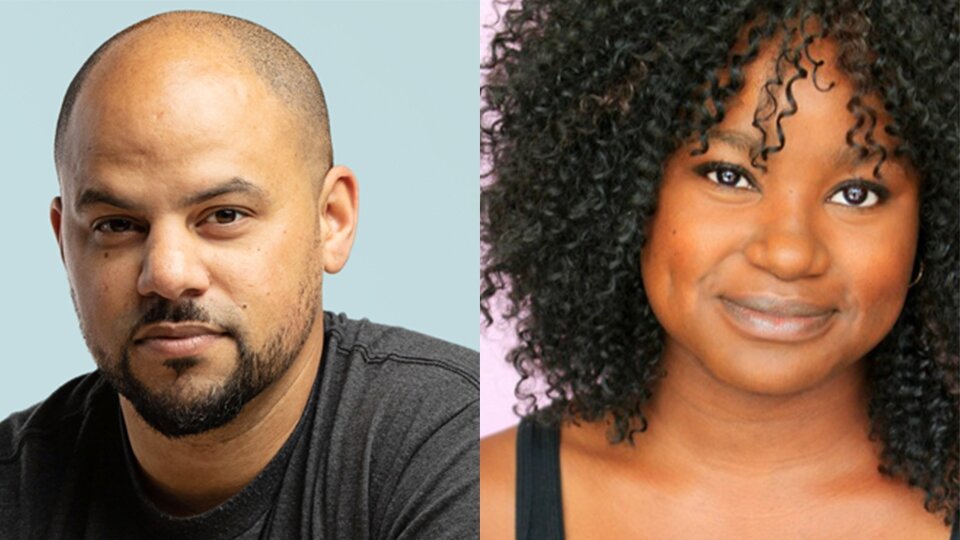 Editor’s Note: A version of this article is published by Palabra, a news site covering the Latino community that is a project of the National Association of Hispanic Journalists.

When actor and director Khalia Davis was growing up in the 1990s, children’s entertainment rarely addressed racism. When it did — in books about Ruby Bridges or special episodes of television shows like “Family Matters” and “The Fresh Prince of Bel-Air” — it was never explicit.

Now in 2020, after the killing of George Floyd at the hands of police officers in Minneapolis and the resurgence of the Black Lives Matter movement across the country, Davis is producing and directing “A Kids Play About Racism,” which will be streaming, free of charge, on Broadway on Demand this weekend.

“This show is actually naming racism out loud from the very beginning and not shying away from what it means,” said Davis, a Bay area native who adapted the play from “A Kids Book About Racism” by author Jelani Memory.

Memory’s book, published last year, elegantly breaks down the meaning and impact of racism using typography rather than pictures. Memory, a biracial man with a blended family, wrote the book for his own children. He was persuaded to publish it after friends started asking for copies. Davis worked with Memory to create the play, which features a 10-year-old Memory as the main character, grappling with the idea of racism, from blatant acts to unintentional microaggressions. In Davis’ play, each emotion is a character that reacts to situations in different ways. The result is a work that speaks directly to children about a complicated issue that often overwhelms adults.

“We want to give tools and language to children who may not know how to express what they’re feeling and thinking when it comes to racism or racist acts,” Davis said. Theater companies are going beyond the usual offerings of dramaturgy, creating educational materials and activity guides that can be used before, during and after the event to further the conversation.

Davis, who has spent years working as an arts educator, also wants children to know that their thoughts and feelings on racism are legitimate. “We sometimes forget to acknowledge and appreciate and embrace a child where they are in real time and allow them to sit in those feelings and say that that is okay,” she said. This is especially true for Black children, who are often expected to face racism with a measure of maturity well beyond their years.

Led by producers at Bay Area Children Theater, Seattle Children’s Theater and Alliance Theater in Atlanta, “A Kids Play About Racism” is a 30-minute show featuring an all-Black cast and crew, with actors from all over the nation.

Staging a piece of theater deep into a pandemic had its challenges, but it also had certain advantages. “We probably wouldn’t have been able to have such a beautiful array of actors from all over the country unless we were forced to do this virtually,” Davis said. In the world of children’s theater, where actors typically come from the local community, it is an opportunity for young audiences everywhere to experience art created by people who may or may not look like them.

The production was built — like most things these days, it seems — on Zoom. Actors recorded their lines in front of green screens. Davis gave notes through her webcam. And the final performances were edited together by a post-production team. The play features three original songs, with lyrics by the rap artist and poet Davied Morales, who also plays the main character, and a score by composer Justin Ellington. At least 40 theaters around the country have signed on as producing partners, providing support in the form of actors, space and financing, and marketing the show in their communities.

It is an unprecedented collaboration, created by the constraints of a pandemic. But it also marks a unique historical moment: Major institutions across every sector are confronting racism within their ranks and making commitments to improve diversity and racial equity. Children’s theater is no exception, and Davis found herself overwhelmed by the outpouring of support.

“It was exciting to not only have those commitment statements come out from the theaters, but also to have them act on it immediately,” she said.

The performing arts have a long way to go to be truly inclusive. Live theater can be prohibitively expensive for many families and communities, especially ones of color. But a renewed commitment to social justice and always-improving technology may help bring down those barriers. Davis hopes theater will emerge from the coronavirus pause as the inclusive, imaginative space it was meant to be.

“Theater gives us permission to expand beyond where we are in our present moment,” the director said. “It’s often a reflection of the times, but it can be used as an opportunity to show how we can be better.”