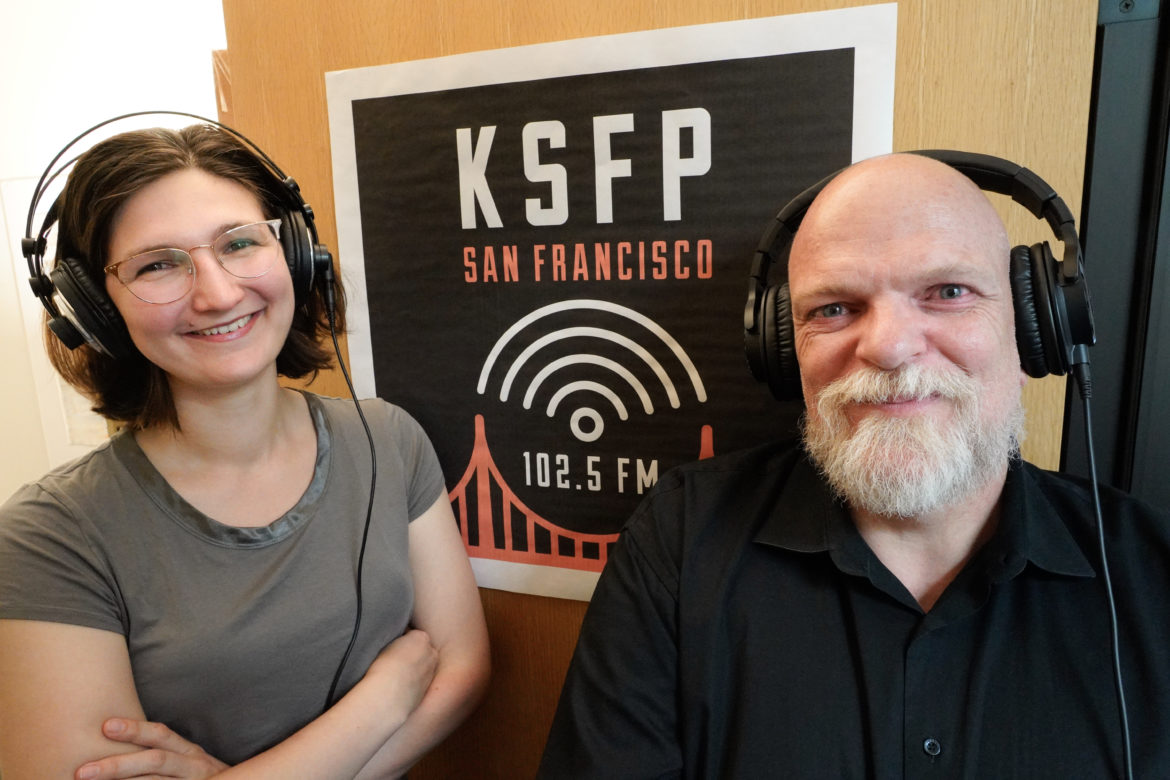 Daphne Magnawa, Director of Membership & Community |
LikeTweet EmailPrint More
To help launch our audio division and low-power FM radio station, we are excited to announce two new additions to the Public Press newsroom. The station’s inaugural news and public affairs program, “Civic,” will be produced by Mel Baker and hosted by Laura Wenus, who bring a breadth of multimedia experience and will lead a team reporting on local policies, culture and ideas. “Civic” will debut this month on your favorite podcast app and on KSFP 102.5 FM in San Francisco.

Baker has worked as a national network and Bay Area broadcaster for many decades. From early training in National Public Radio’s newscast unit, to stints in the newsrooms of KGO radio and KTVU-TV, and as a news anchor and reporter at KALW and other Bay Area stations, he has embraced the responsibility of broadcast media to “enlighten and inform” the community.

Baker created the news department for Thrive Online, a consumer health website, and the programming for the Women’s Online Media and Education Network, which worked to bring more women’s voices into the talk radio industry.

He is a longtime San Francisco resident living with his husband, the artist Leslie Aguilar, and their dog, Wilbur.

Wenus is a multimedia reporter and producer who began her radio career reporting on news and politics for her college station, a program called “Earshot.”

Wenus also has experience as a print and digital journalist, reporting on San Francisco’s Mission District with a focus on housing, health, immigration and homelessness for local news site Mission Local, where she helped to launch and host its neighborhood podcast, “Listen Local.” More recently, she was a producer at “Your Call,” a live call-in program driving conversations about local, regional and national current affairs on KALW public radio in San Francisco.