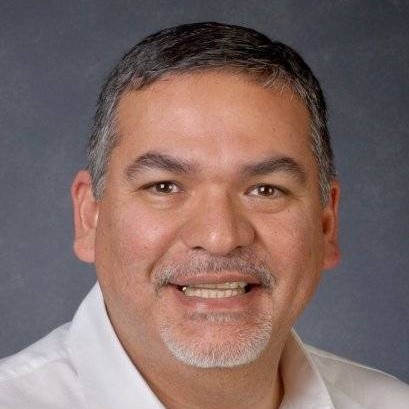 Ricardo Sandoval-Palos is the public editor at PBS.

With the proliferation of social media channels, misinformation and disinformation now spread as fast as the click of a trackpad. Even for a trusted outlet like PBS — nationally recognized for its family friendly programming and sober, nonpartisan news coverage — this era has brought a flood of digital rumors to quell.

As the public editor at PBS, Ricardo Sandoval-Palos fields complaints for the organization and uses community feedback to cultivate conversations between viewers and PBS’s creative teams.

Sandoval-Palos recalled that his first column as public editor for PBS was about a cartoon and how local stations’ decisions about airing it varied dramatically from market to market.

“The first thing I had to write about as PBS’s public editor was about ‘Arthur’ and the last 10 seconds of one episode in which there’s a same-sex marriage,” he said.

Stations in several states declined to run the show. And PBS received a barrage of complaints from viewers who questioned why PBS was referring to same-sex marriage in programming for kids.

“I realized that I had to write about this and understand what viewers were complaining about, but also to reach out to the creatives who were responsible for ‘Arthur,’” he said.

In digging into why certain stations decided not to air it, Sandoval-Palos said producers told him they did not pull the show over concerns about how viewers might respond — rather, they were concerned about jeopardizing station funding at a moment when state legislators were considering budgets for public media.

In a more humorous controversy, Sandoval-Palos found himself fielding complaints about a popular children’s show in which — viewers said — a character used a swear word.

“One of the popular characters on ‘Sesame Street’ — Grover — apparently dropped an f-bomb,” he said. “It went viral.”

Sandoval-Palos described it as a perfect example of confirmation bias. He replayed the segment, listening for the offensive word — and he heard it. When he reviewed the original script and listened again, he heard the innocuous, child-friendly dialogue drafted by the show’s writers.

He tried the experiment with several other people, first asking them to listen for the swear word, then presenting the actual script before playing it again. They all had the same experience.

Sandoval-Palos said he spoke with a linguist who confirmed this phenomenon — that our minds confirm things we expect.

“What does that tell me? That tells me that as humans we’re inclined to pay attention to and we’re hopeful — we’re hoping to hear what we expect to hear.”

Politicians and advertisers, among others, appeal to this human tendency to draw in supporters and customers.

“The lesson is that we as humans are ready to hear you,” he said. “And if you tell us something that we want to hear, we’re going to follow you. Which, I think, is why we’re seeing this explosion of misinformation. As the communications channels increase around us, we see this also increasing.”

While complaints about children’s programming often draw more attention, they don’t make up the bulk of comments that land on the public editor’s desk.

Sandoval-Palos said he focuses on increasing transparency and explaining to viewers how decisions are made at PBS.

“What I try to do as the public editor is take from that stream of complaints — we’re talking about hundreds of emails a day — and find streams of thought, find lines of discussion, that I can then amplify, perhaps, and look for common ground to carry out a conversation between our viewers and our creatives at PBS.”

One challenge is that viewers often see PBS as a monolith, when in fact local stations have a great deal of autonomy in deciding what programming viewers see in their market.

“PBS controls, say, the primetime programming from 7 to 10, but the rest of the clock belongs to the local station,” he said.

That local connection is important, and local news organizations, he said, can play an important role in helping people avoid being misled by misinformation and disinformation.

“I think you can overcome it on a local basis with trusted sources,” he said. “Go into the communities themselves and find people in the communities that you serve, and have them speak on behalf of the truth in your stories. So don’t wait for the CDC to come out and say something. There’s experts here who can tell you all about vaccines. And in a bunch of different communities. So, it can be customized to a community, and it can be customized to a language and a culture.”