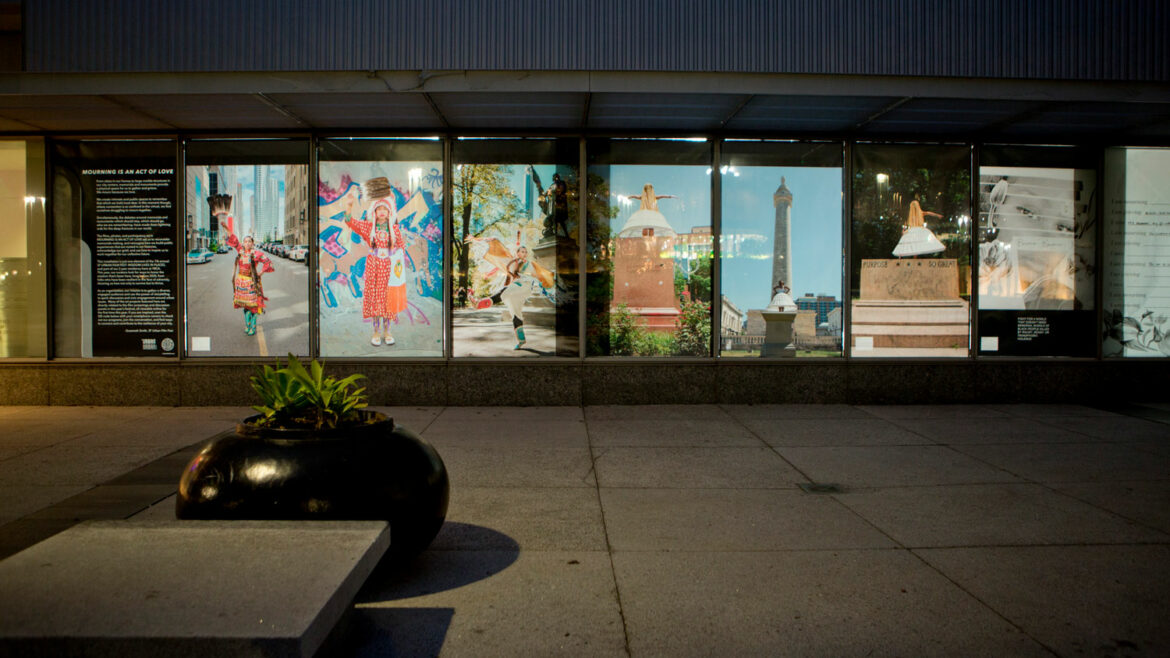 An installation at the Yerba Buena Center for the Arts called “Mourning is an Act of Love” uses non-traditional forms of documentary film as well as poetry and photography, which visitors can view from the outside of the building, to explore concepts like memorials, grief and public space. Documentary filmmaker Susannah Smith, who curated the exhibit, and filmmaker and cinematographer Melinda James talked with “Civic” about mourning and connecting at a time when people are isolated by pandemic restrictions.

Smith said there have been several deaths among her family and friends in recent years.

“The main way that I dealt with it, that felt constructive, was really sharing stories and being with people and that kind of collective process,” she said.

But the pandemic hindered mourners’ ability to gather.

“The pandemic has shifted the ways that we are able to mourn the ways that we come together, collectively and as a community,” James said. “I think for me, looking at mourning as something that happens, and as grieving as something that happens, because we have come to love and care about people in this way helped with feeling so alone in that emotion.”

Some of the work on display examines the role of public monuments, including Confederate monuments in the American South that have been removed after public pressure to do so. But Smith and James also emphasized the role of ritual and other ephemeral experiences in memorializing people and events.

The installation also prompts questions about how public spaces are used and who is most visible in them.

“Whose city is it? Who do we need to be memorializing in our public spaces versus maybe who we’ve been used to seeing in those places?” Smith said.

“Even though this isn’t necessarily site specific, it is in a location where people do pass by and frequent. It’s an opportunity to make space for these different perspectives and experiences and forms of art,” James said.

Both artists have documented gentrification in their work. Smith said she considered what kinds of people might have once frequented the area or shaped its history even if their presence is no longer immediately evident in the space today.

“It’s kind of saying, you matter. We have to tell our stories, we can mourn the things that were there, we can monumentalize things that are not always going to last permanently, like a big marble statue.”