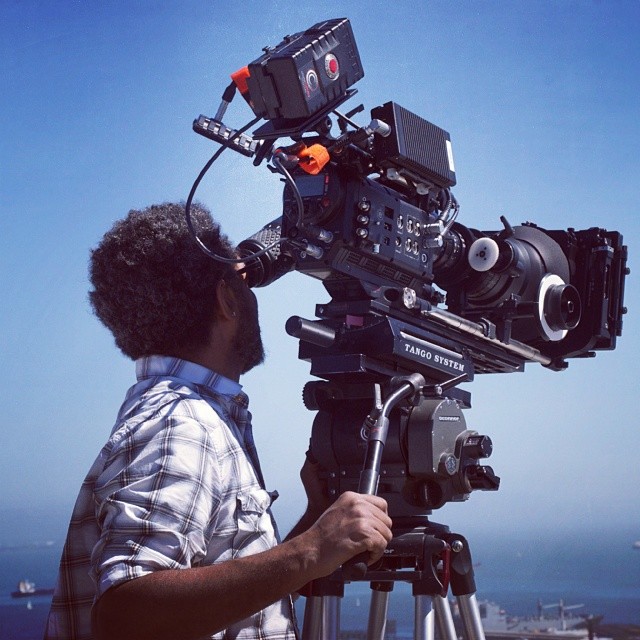 On February 29, I was flying home from the Berlin International Film Festival and European Film Market after two weeks of meetings and pitches for the 2020 slate of films and projects at my San Francisco based independent film company – 13th Gen. This was my seventh time attending this event, and I was ready to dive back into my work with energy, laser focus and momentum the following Monday. I told myself, “Absolutely no jet lag postponements this time around.” Sadly, jet lag would turn out to be the least of my worries.

My team was busy putting the final touches on a long-planned week of filming and public fundraisers for a new feature documentary that would have taken us to the greater Seattle area starting March 9. By March 4, we were forced to cancel those events as Washington emerged as one of the nation’s hot spots for the novel coronavirus.

Two days later, the annual SXSW festival in Austin, Texas announced it would be cancelling its 2020 event just days before its scheduled opening. This announcement set off an avalanche of cancellations the following week that touched every aspect of public life, the kind that told every American that this crisis was unlike anything we had seen in our lifetimes.

One of the more critical aspects of my company’s year-round work is handling worldwide film festivals for the films we produce. Over the arc of my 30-year career, I’ve been fortunate to work with some of the world’s top festivals to premiere films, while further monetizing a global circuit of some 200-plus festivals on five continents as a sub-distribution marketplace – one that has become a steady and reliable revenue stream for us. Spring 2020 was meant to be no different. We had six films in our slate this season and were gearing up for a lively and exciting few months.

Four of these films had no distribution commitments in place, so we were following our trusted playbook: Use strong festival placements to help advance the sales and distribution prospects of our films. By March 19, over 150 spring festivals around the world had either cancelled or postponed their 2020 editions, with several March festivals being forced to call off public events mid-way through the event.

At my company, plans for our slate were upended entirely as the public exhibition of movies came to a painful and grinding halt everywhere. The only consolation: We were not alone. Thousands of films and filmmakers had their lifelines to the public cut as the larger entertainment industry tried to make sense of what it means to be non-essential during a global pandemic. I started calling it “The Lost Spring of 2020.”

Since then, I have done what I always work to do during a crisis: Get out ahead of it as much as possible and try to take a useful leadership role. With these two guideposts driving me, my first urgent concern came in the form of an e-blast from a March festival with which I have previously done business. Unlike other festivals that had taken a different approach, this one announced they had quickly pivoted into all online and virtual offerings that were free and available everywhere. A sudden and consistent emphasis on the word free in connection with independent film content online became an alarming trend as stay-at-home orders proliferated.

Hastily, some festivals were making moves to remain relevant to their audiences and sponsors without contemplating the deeper possible impacts on the overall film economy on the back end of this crisis. More specifically, if we give our content away for free and without a measured strategy, how will we make sure that audiences are willing to re-enter a paid economy for films once that is possible for us again? My other main concern was to make sure that filmmakers and, in particular, producers like myself, were at the table to help shape these important industry discussions that clearly need to involve us.

Suddenly, I discovered where I could be most useful to my industry during the coronavirus crisis. I could help by gathering the San Francisco Bay Area film community virtually to discuss our experiences of the pandemic and form our own collective sense of what solutions might look like.

In that process, I could help illustrate how “The Lost Spring of 2020” has touched so many of us economically, personally, creatively and otherwise. While this crisis has shown us that we are clearly non-essential workers, filmmakers and storytellers have also gradually started to affirm our future roles in helping humanity make sense of this crisis when it is over.

Emerging from the crisis

To that end, here are two conversations – an episode of the Civic podcast and a recorded Zoom conversation – featuring a range of Bay Area talents and voices who have felt the direct effects of this season’s cancelled film festival circuit. Some were headed to the most beloved of spring industry events – SXSW, SF Film, Tribeca and Hot Docs – while still others were entering the circuit for the first time and with very high hopes.

Whether emerging, established or somewhere in between, each filmmaker represents the faces of many more like them who help make this region’s film and media culture one of the most vibrant on the planet. This is just a snapshot. Get to know them through our Civic podcast, a Zoom conversation between several Bay Area filmmakers and at their showcase websites:

However, the independent film world has done an incredible job of organizing itself in response to the coronavirus pandemic over these last six unprecedented weeks. Our tent pole institutions have rallied to help filmmakers who are largely freelancers find safety nets, while a range of the field’s most active philanthropies has also come together to create funds for the industry’s most vulnerable.

Where does all of this leave us? In my view, in a decidedly hopeful place holding on to the firm belief that many of you out there will join us at the cinema once again in 2021 and thereafter. Our San Francisco Bay Area film community is here to make sure it will be well worth the wait.

Marc Smolowitz is a multi-award winning independent filmmaker based in San Francisco. His credits include films that have screened at top-tier festivals such as Sundance, Berlin, Venice, Chicago, AFI Docs, IDFA, DOC NYC, CPH: DOX, Tokyo, Melbourne, Viennale, Krakow, Jerusalem, among others. He served as the Chair of the San Francisco Public Press Board of Directors from 2008-2017.