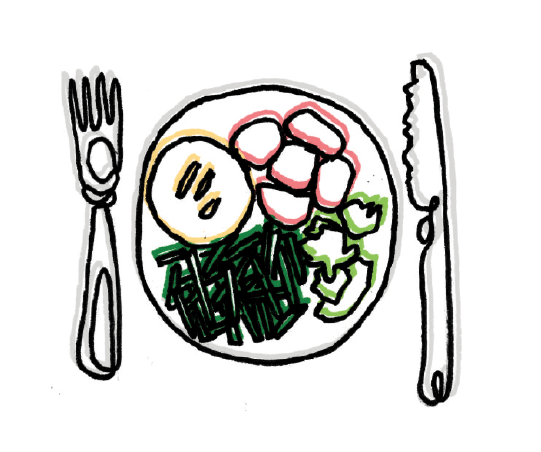 Many public policies in San Francisco are designed to take the edge off the city’s extra-high cost of living, including rent control for most tenants and free, clinic-based medical care for low-income residents and workers. But the city has been slow to react to the red-hot housing market, which has pushed the cost of living past what more than half of city residents can afford, according to federal norms.

The biggest problem is that several standards used to adjust payouts for low-income people — including the state and regional median income and the federal poverty level — do not match San Francisco’s true cost of living. Only one policy described in the list below — the Bridge to Coverage and Affordability Extension for health care — bases eligibility on an income level that is relevant to San Francisco.

Market rates for housing, both for rent and for purchase, far exceed 30 percent of most city residents’ gross income, the federal norm for affordability. San Francisco now has the largest share of high-income residents of any city in the U.S., but low- and moderate-income residents are often ineligible for housing subsidies that are pegged to the federal poverty level and other measures.

San Francisco requires that developers of large buildings offer 12 percent of new housing units at affordable prices, pay a fee or build more affordable units elsewhere. A $310 million bond measure voters passed on Nov. 3, 2015, aims to increase the supply of affordable housing by building and preserving hundreds of apartments at restricted prices, as well as funding a program to help renters buy the buildings they live in when they are up for sale.

Eligibility for the CalFresh food assistance program (formerly food stamps) is based on federal income standards that do not keep pace with San Francisco’s cost of living. Stigma and procedural problems also impede access to food assistance. And CalFresh recipients have to reapply every six months.

And a program called Eat San Francisco offers fresh produce vouchers for Tenderloin residents who have children younger than 5 years old or who have diet-related health conditions.

A Muni ticket now costs $2.25, up from $1 in 2000. Passes are available, but the fare is unaffordable to customers who make less than 200 percent of the federal poverty level. Part of the problem is that state and federal transportation planning and funding prioritizes commuter car traffic, and state and new federal transportation funding bills are stalled.

San Francisco offers free Muni passes for children and teens, funded by a grant from Google Inc. BART and AC Transit launched a yearlong pilot program to increase late-night bus service between San Francisco and the East Bay. City officials are considering hiking the top transportation impact fees paid by developers of commercial projects from $14.59 to $18.04 per square foot and imposing a fee of $7.74 per square foot on new residential development. And San Francisco is investing big in public transit: Voters approved a $500 million bond in 2014 for improvements to Muni.

State reimbursement rates do not meet providers’ costs of doing business, and the state is using outdated income data to determine residents’ eligibility for subsidies.

San Francisco offers child-care providers a subsidy on top of what the state provides. It also runs subsidy programs for homeless and other vulnerable children, plus child care vouchers for children from birth to age 3, and it offers Preschool for All, which is free and not based on family income (but includes only part-time care).

The federal minimum wage is frozen at $7.25. The subsidies available under the Affordable Care Act (or “Obamacare”) aren’t high enough to make premiums, deductibles and copayments affordable for many San Francisco residents. The subsidies are based on the federal poverty level. Republican opposition to Obama’s health reforms blocks any potential federal fixes.

San Francisco covers free medical care for its very low-income residents under Healthy San Francisco. The city Department of Public Health also plans to offer new local subsidies under “Bridge to Coverage” for people insured under Covered California. It will fund it by tapping into the employer health care tax. Residents are eligible if they earn less than 500 percent of the federal poverty level (about $58,000 for a single person or $121,250 for a family of four).

Supervisor Mark Farrell’s office is analyzing ways to make the city’s broadband fiber-optic network available to all residents for free or at very low cost using public funding, private funding or a hybrid. A report from the city’s Legislative Analyst’s Office is pending.

Angela Woodall is an award-winning cross platform reporter who focuses on healthcare, media and environmental issues. She teaches online and digital journalism at San Francisco State University and has won awards for her feature writing. Angela is currently writing, “On Her Own: Big Ag and the Farm to Table Movement.” Reach her <a href="http://twitter.com/angelawoodall>@angelawoodall</a>, on Facebook at AngelaWoodall or on Linkedin.