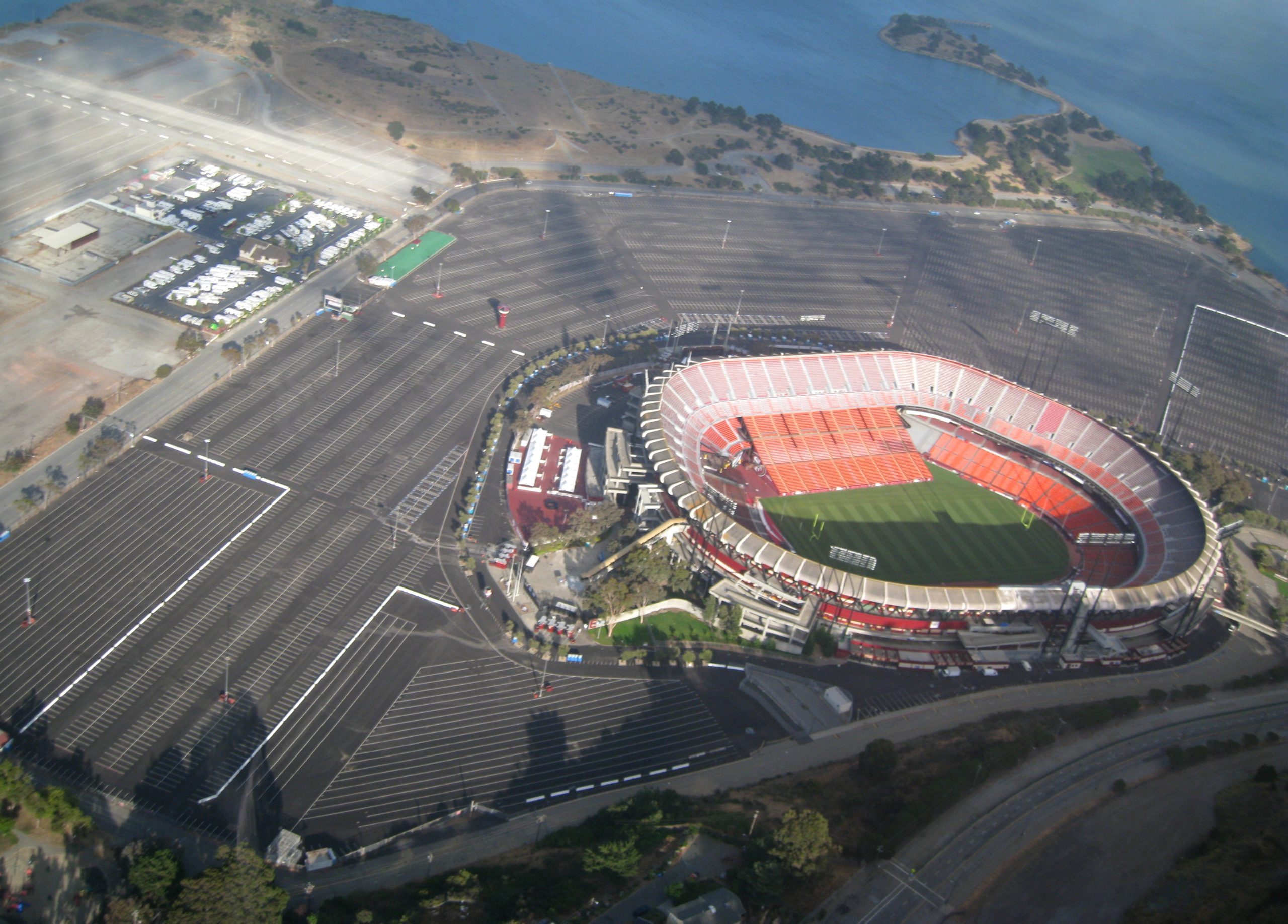 Candlestick Park will soon go out with a bang, when developer Lennar Corp. razes it as part of the Hunters Point Shipyard project. In its place, retail, offices and hotels will rise, in addition to new housing.

But David Cay Johnston has a different idea: The city could use those 83 acres entirely for high-density apartment towers.

If that housing were as tightly packed as Manhattan’s, where there are about 171 residents per acre (in the 2010 census), then the void left by the stadium and parking lot could accommodate more than 14,000 people — a population density still “well below parts of Hong Kong,” Johnston noted in an email he sent us this month after reading our coverage of creative solutions to the housing crisis (the cover story in the Public Press’ Summer 2014 print edition).

The scheme — you might call it the “candelabra plan” — would add roughly 6,000 homes, if each apartment housed the citywide average of 2.31 people. That would add 50 percent more units to existing plans, which call for 12,000 homes that Lennar Corp. currently plans to produce by the year 2029.

Johnston, a San Francisco native who went on to become a business reporter at the San Jose Mercury News, the New York Times, and Reuters — and won a Pulitzer Prize in 2001 for investigative reporting — is not the only one to toy with what some disdainfully call “Manhattanization.” David Baker Architects, a San Francisco firm, designed various hypothetical neighborhoods that could fit up to 270,000 people into one square mile, which Fast Company magazine elaborated in May. The firm’s executives wanted to see how the city might accommodate a ballooning population, which the Association of Bay Area Governments expects to surpass 1 million by 2040.

“As cities grow, they tend to grow upward,” Johnston said. “I can remember when there were farms on the west side of Los Angeles in the mid 1950s and today there are high-rise towers.”

Johnston also suggested getting rid of the nearby Candlestick RV Park, to free up more space to build new housing. “RV parking — really?” he said, “With the high cost of land?” The city might be able to use its power of eminent domain to seize these 10 acres for additional apartments, he mused.

Combined with stadium-located housing, that construction might push back on demand to slow the seemingly endless climb in citywide housing prices.

In 2012 the city’s chief economist, Ted Egan, said that new construction could indeed have that effect. At the time he said it would take at least 100,000 new homes before overall prices would drop in a significant way.

But Egan walked that statement back earlier this year.

“Whether such a level of construction would ‘really impact’ prices is a matter of opinion,” he told the San Francisco Examiner. That equivocation came shortly after Mayor Ed Lee unveiled what he called an “aggressive goal” of building 30,000 new or rehabilitated homes by the year 2020, an agenda that actually created no new housing other than what developers had already planned, the Public Press reported.

(That 30,000 pledge was at the center of San Francisco Proposition K, which was passed by 65 percent of the electorate on Nov. 4. The proposition merely states city policy and will have basically no direct effect on spending, taxes, fees or city regulations.)

By contrast, Johnston’s idea to build towers in Candlestick Park would create new massive amounts of housing, beyond what is already in the pipeline — close to the new Third Street light-rail line, Caltrain and other public transit routes.

“Also, think of this as a chance to do a model low-energy project,” Johnston said. The buildings could be outfitted with solar energy panels or mini-wind turbines, reducing energy costs.

For political reasons, Manhattan-style towers may not grace the city’s southeast sector anytime soon. But that is not the point, Johnston said.

“The idea is to encourage discussion and suggest new paradigms,” he said. “Think outside the box — things that San Francisco has always been famous for.”

This article is a follow-up to our special report on solutions for housing affordability in San Francisco, the cover story in the 2014 print edition.