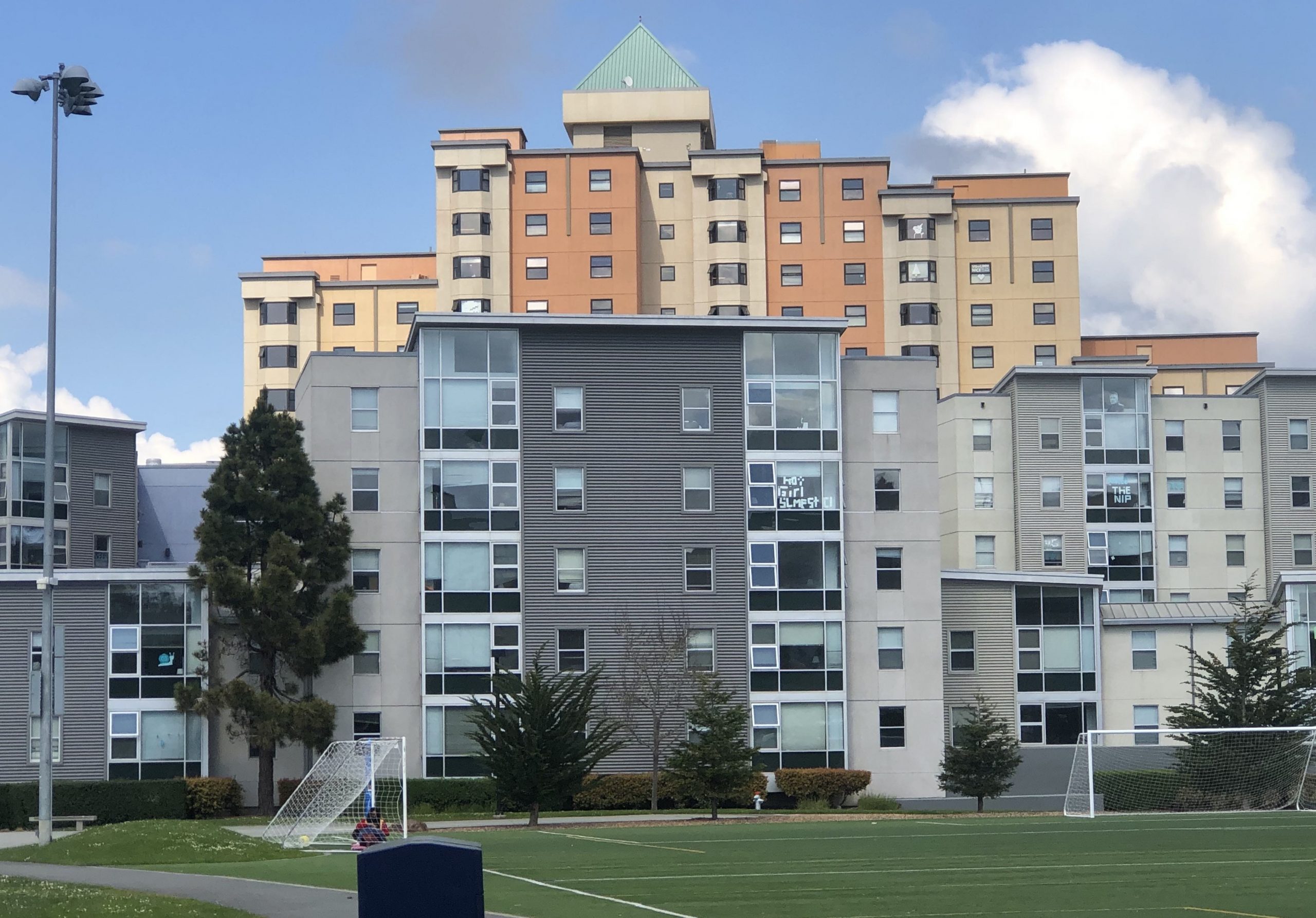 San Francisco State University students say they still don’t have clear guidance from the administration about whether they must leave university housing and take all of their belongings with them because of the coronavirus pandemic and statewide shelter-in-place order.

With continued uncertainty, more students who had planned to keep their campus housing say they have changed course again and are heading home or to other locations for the rest of the spring semester.

Over email, the university housing department confirmed that, “on a prorated basis, refunds for room and board and meal plans will be provided for residential students who have left housing.”

The Department of University Housing warned students in emails that once the shelter-in-place order was effective, “students’ ability to return to their homes or travel in the region may become severely limited,” and urged students that “it is now in your best interest to return home.”

The first communications to students living in university housing came late on March 16, the same night San Francisco State University President Lynn Mahoney confirmed that classes would be conducted online for the remainder of the semester.

In subsequent days, students received conflicting instructions about their ongoing ability to access campus housing. Ultimately, the housing department told them they could stay. But this week, those who had chosen to continue living on campus received another email urging them to move out.

Student Lore Dominguez initially decided to go home to Santa Ana until April 5 and had planned to return to campus then.

But the most recent email introduced new uncertainty. Dominguez had questions and tried to contact the housing department but received no response.

“I tried calling them, but it won’t go through,” she said. “I email them, no response back.”

She thought she would finally get her questions answered through a Q&A scheduled with the Department of Student Life on Facebook, but that session was postponed.

Because Dominguez is afraid she could lose access to her belongings if she leaves them in the dorms, her family was driving to San Francisco Monday to help her gather the rest of her things and move out.

“Let’s see how that goes, cause I’m not staying there at all and I am not paying rent,” she said. “There’s no point. There is nothing going on there.”

Her plan is to stay with family for the remainder of the semester.

But still, according to the S.F. State housing website, “on campus housing for students remains open for students who have no alternative housing.”

Diego Cazares said he believes the school is not communicating clearly with students and is focused on avoiding liability.

“The school has very poorly handled housing. It’s clear they’ve never planned for any student emergency except ensuring they would have a way to pay them,” he wrote in an email. “Throughout the past week students have been worried over losing their housing over what the school now says was poor wording.”

For now, Cazares is back home in Fresno, after deciding that was a better option given the shelter-in-place order, reduced work hours at his job and the instability of student housing.

Cazares’ friend Alejandra Obregon says the lack of information has left her friends wondering where they will go.

“They offered him housing, but it’s so disorganized and they don’t give him enough information,” she said. “This whole situation is kind of messed up.”

The housing department said it has been unable to answer everyone’s questions due to the high volume of inquiries. Students are advised to submit questions to University Housing online through its “Ask a Question” form. The department said it will respond to all questions submitted there.

In the East Bay, the University of California, Berkeley, has been working with its students remaining on campus.

Berkeley Dean of Students Adam Ratliff, said there has been a lot of confusion surrounding the student housing situation.

“We have not decided to have students move out,” he said. “Students can choose to remain in Berkeley or leave, depending on what is best for them. We will support their choices.”

For students who decide to continue living in campus housing, dining, health services, counseling and psychological services will remain open.