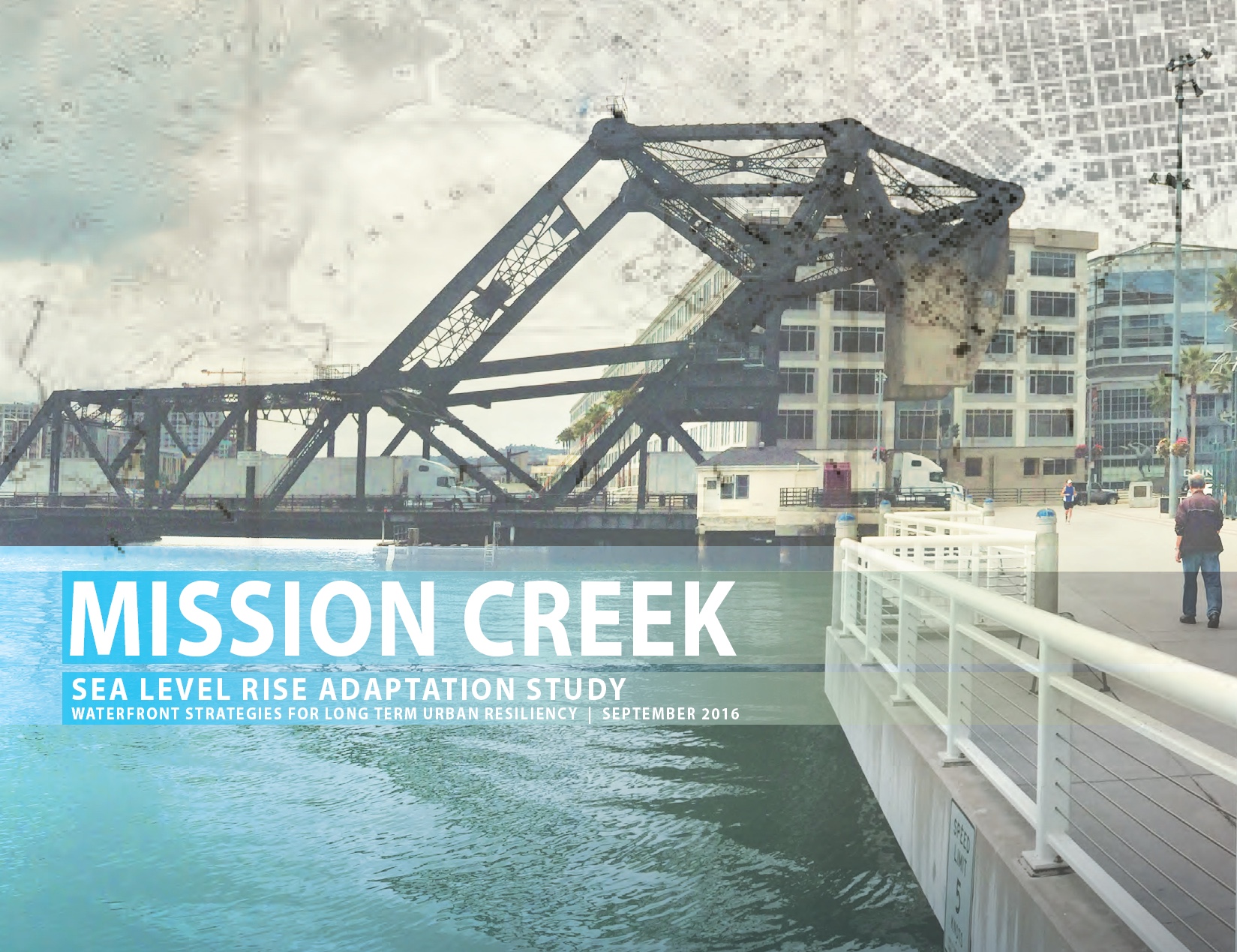 The city-funded Mission Creek study by SPUR, the San Francisco Bay Area Planning and Urban Research Association, describes the immediate need for public agencies to plan for massive physical barriers to protect against powerful storms and coastal flooding that are expected to increasingly threaten the city’s southeast and downtown over the next few decades. Costs will likely run into the billions, with taxpayers bearing most of the burden.

The Public Press initially inquired about the Mission Creek study in late 2014 and was told that it was in draft form and delayed for more technical information, feedback or bureaucratic review.

On Sept. 15, 2016, the Public Press emailed the Port of San Francisco’s head of communications, Renee Martin, officially requesting the Mission Creek study, which was prepared by SPUR, the San Francisco Bay Area Planning and Urban Research Association. The port co-funded the study with the Planning Department and other agencies.

“The study in question is in final draft form, with planned release on Monday or Tuesday,” Benson wrote, indicating Sept. 26 or 27. “This does not appear to be a public records request in my view. Is that a correct reading?”

Malley responded that day: “Why don’t you think this is a public records request? It looks to me like a request for the latest draft copy of the Mission Creek Study: Adapting to Rising Tides. I had a conversation with Renee this morning regarding the Sunshine Act disclosure requirements for this type of document. Give me a call or stop by and I can review them with you.”

The next day, Benson sent an email to city stakeholders notifying them that SPUR, with whom Benson had worked closely, would be releasing the report on behalf of the city and the Bay Conservation and Development Commission.

“Reporters/news outlets who have expressed interest include John King, PublicPress, and the NY Times,” Benson wrote.

“Report publication was delayed by a number of factors: a need to make sure that the SLR maps in the report include accurate data about street elevations in Mission Bay; a need to re-up the contract to revise the report to incorporate comments from City departments; and, for a significant period, collective focus on the recently released City SLR Action Plan.”

By the end of the week, days before the scheduled release, the report had been leaked to King, the urban design critic at the San Francisco Chronicle.

In an email, Laura Tam, director of sustainable development policy at SPUR, sent low-resolution copies of the report to a broader group of officials and developers, including the San Francisco Giants and the University of California, San Francisco.

“Please note this report is embargoed until Monday afternoon. Do not send it to the media, share it, or put anything up on social media before Monday afternoon around 2 pm. We gave John King an exclusive and he is planning to have a story ready around then, and it will be in the Chronicle on Tuesday. After that it is fair game for you to share, and please do.”