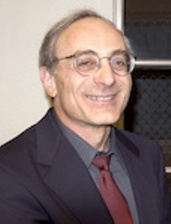 Michael Reich, director of the Institute for Research on Labor and Employment at UC Berkeley, says higher wages make it easier to recruit and retain workers, particularly in high-turnover businesses. UC Berkeley photo

Backers say it helps recruitment and retention, but opponents say it kills jobs

“Job killer” is a common refrain from businesses in opposing wage increases and other worker benefits. But some researchers are challenging the assumption that boosting the minimum wage depresses hiring.

“We don’t see any decline in employment,” said Michael Reich, director of the Institute for Research on Labor and Employment at the University of California, Berkeley. Reich’s research 10 years ago helped pave the way for San Francisco to pass the nation’s highest minimum wage and could help inform this year’s debate about raising the federal minimum wage.

Reich said his research shows that wage increases make it easier to recruit and retain workers, particularly in high-turnover retail and restaurant businesses: “Rather than killing jobs, it makes it easier to hire and employ people.”

San Francisco’s minimum wage, $10.55 an hour, is the nation’s highest. Yet many here struggle to survive on that, relying on a life raft built of public welfare supports.

They have made similar arguments when opposing policies that provide paid sick leave and employer contributions to public health care.

The San Francisco Chamber of Commerce and the Golden Gate Restaurant Association campaigned heavily against the local minimum wage hike, Proposition L, before voters approved it in November 2003. They warned then, and maintain today, that the law deters employers from bringing on new workers.

The debate about the economics of minimum wage increases has been heating up on Capitol Hill and in national media since President Obama used the State of the Union address to propose raising the federal minimum from $7.25 to $9 per hour.

While San Francisco offers a treasure trove of experience, the data lead to conflicting interpretations about the economic effects of boosting pay at the bottom rungs of the work world.

“It’s difficult for employers in a larger market, when you have an artificially higher minimum wage in San Francisco than in Marin or other counties in the area,” said Jim Lazarus, vice president of the San Francisco Chamber of Commerce and a longtime local business leader.

“When you’re competing in the entry-level job market, you may get more applicants in San Francisco, because you offer higher wages,” he said. “But it has hindered job growth at the local level.”

In the 2003 voter guide, the San Francisco Association of Realtors argued: “If Proposition L is passed by the voters, many San Franciscans employed by the hospitality industry are likely to receive pink slips and join the ranks of the unemployed. Beware of unintended consequences! VOTE NO ON L.”

But that’s not what the UC Berkeley researchers found. In a 2007 study, Reich and colleagues Arindrajit Dube and Suresh Naidu examined the effect of San Francisco’s minimum wage increase on restaurant jobs and pay. They concluded that “the policy increased worker pay and compressed wage inequality, but did not create any detectable employment loss among affected restaurants.”

The wage law particularly benefitted fast-food workers. Their average pay increased by twice as much as the increase received by workers at table-service restaurants. The new minimum also led to “substantial increases” in worker retention and in the proportion of the restaurant workforce with full-time jobs.

While restaurants passed some of their added labor costs on to consumers, the effect was small, Reich said, “a few pennies per burger.”

Examining wage and jobs data among fast-food, food services, retail and low-wage establishments in San Francisco and Santa Fe, a 2011 study by the Washington, D.C.-based Center for Economic and Policy Research concluded that “a citywide minimum wage can raise the earnings of low-wage workers, without a discernible impact on their employment.”

In both cities, the wage increase had no effect on employment in the workplaces affected by the change, the study reported.

But Rob Black, executive director of the Golden Gate Restaurant Association, blamed the minimum wage law and other worker benefits for slowing job growth in San Francisco since 2000.

“All you have to do is go to the Department of Labor in 2000 and 2010,” Black said, to find a “huge job loss in San Francisco.” He said slow post-recession job growth has been due largely to the city’s higher minimum wage and other local regulations.

“How tightly can you tie that to the minimum wage?” he asked. “It’s very difficult to do. You have the health care ordinance, and paid sick leave … but we are nowhere near where we were in 2000.”

Yet according to data from the California Employment Development Department, the total number of jobholders in San Francisco shrank only marginally between 2000 and 2012, going from 456,700 to 426,900. But the number of jobs has not kept up with local population growth. San Francisco has an unemployment rate of 6.5 percent today, compared with 3.4 percent in 2000.

But San Francisco has fared far better than California as a whole. The statewide unemployment level today is 9.7 percent, compared with 4.9 percent statewide in 2000.

“Then why are there less people working in San Francisco than before?” he asked. “Because we started increasing the costs of hiring … we have more people living in San Francisco now, but fewer jobs. I’m just taking it anecdotally, looking at the different job numbers,” he added, saying the San Francisco area has never returned to its 1999-2000 level of employment.

While local job growth returned following past recessions, Lazarus argued, “ever since they put in these laws, we haven’t seen that.”

“You can point to the year 2000, but that was a big anomaly” in San Francisco employment patterns, fueled by the dot-com boom, said Ted Egan, the city’s chief economist.

A better yardstick, Egan said, is the past 30 years of generally stagnant local job growth. But he said, “the minimum wage only affects 3 to 4 percent of jobs in the city, and the industry most affected has had the most job growth.”

Job loss, he added, “has relatively little to do with the minimum wage,” paid sick leave or city-mandated health care contributions, which all benefit the same group of low-wage workers.

Reich, too, argued that raw job totals do not tell the whole story of the minimum wage’s economic effects.

“Jobs in San Francisco fell after the dot-com bust in 2000, well before the minimum wage went into effect,” Reich wrote in an email response to business leaders’ critiques. “Employment also fell in San Francisco and in other Bay Area counties during the Great Recession. Overall, employment fluctuates mainly because of these national trends, which have to be held constant in understanding the effect of the minimum wage alone.”

On the contrary, he noted, data show that despite its higher minimum wage, San Francisco has seen faster employment growth than surrounding counties since the law took effect in 2004.

Raising the wage tends to decrease job flight and turnover, according to Reich, helping to increase productivity and reduce vacancies. “When you retain workers, productivity increases.”

Reich also cited broader economic and fiscal benefits of a higher wage: less reliance on food stamps, Medicaid and other public benefits. When wages are low, employers such as Wal-Mart and Burger King get a de-facto subsidy when workers have to use Medicaid.

Conversely, boosting the minimum wage leads to a “multiplier effect,” meaning that poor people have more money to spend, which fuels job creation in the businesses they frequent, said Douglas Hall, director of the Economic Analysis and Research Network at the Economic Policy Institute.

According to Hall’s research, California’s roughly two million minimum wage workers would see an added $1.5 billion increase in wages under President Obama’s proposed increase to $9 per hour — a rise in the state gross domestic product of $996 million. “Employers base hiring on demand, and demand goes up where wages go up,” Hall said.

The San Francisco Chamber’s Lazarus acknowledged that a higher minimum wage does produce some benefit: “The trade-off is that employees are better paid. Do you have a better workforce? Probably yes. But higher costs.”

CORRECTION 5/4/13: A previous version of this story misstated the federal minimum wage, which is $7.25 per hour.

Christopher D. Cook is an award-winning journalist whose reporting has appeared in The Atlantic, the Los Angeles Times, Harper’s, The Economist, The Guardian, Mother Jones, The Christian Science Monitor, The Nation, Columbia Journalism Review and elsewhere. He is the author of “Diet for a Dead Planet: Big Business and the Coming Food Crisis.”