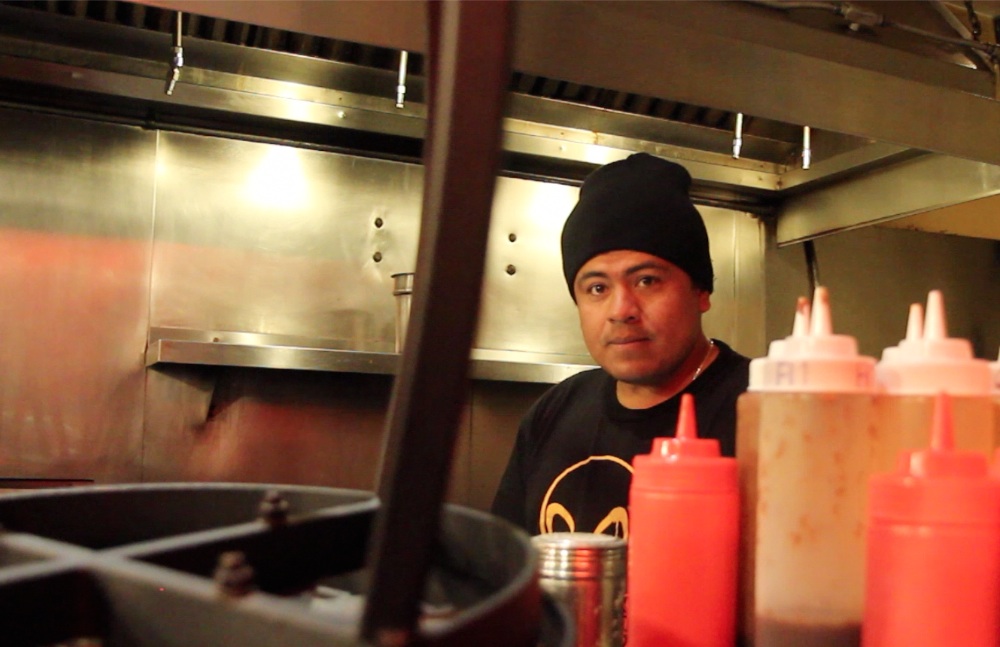 Last year, Mauricio Lozano found a job through a friend at a pizzeria in North Beach. The pay was $8 an hour, in cash. He said a supervisor told him he would get less than San Francisco’s minimum wage because he was “in training.”

Under city law, that’s no excuse for paying below the mandated wage floor, then $10.24 an hour. But the restaurant needed someone right away, and Lozano was in no position to negotiate. A recent immigrant from El Salvador with few other prospects and a family back home to support, Lozano snatched up the opportunity. “Because I didn’t have another job, I had to take it,” he lamented.

Nationwide, 19.9 percent of all workers in food preparation and service occupations are paid below minimum wage, according to a recent estimate by the U.S. Bureau of Labor Statistics.

Many undocumented immigrants find that because they have limited options in today’s depressed labor market, they must choose between a sub-minimum-wage job and no job at all. And after they are hired, many fear losing their jobs or even getting deported if they speak up.

Lozano moved here three years ago, but his two daughters and their mother still live in El Salvador. “I cannot be here without doing anything,” he said. “If I don’t work, there will be no money for them. I have to send money.”

Struggling to make ends meet at the pizza place, Lozano requested a raise. His pay went up to $9 an hour. After two-and-a-half months, his pay rose to $10 an hour — still below the city’s minimum wage.

“The last week I worked for him he didn’t like that anymore, and so he fired me,” Lozano said.

While city records show that the restaurant is still paying off the fines from last year — $1,569.11 so far — Lozano said he received all of his back pay, minus the taxes, in installments over three months.

“I was so frustrated that there were times I cried, because I wanted to say something,” he said. “But I needed the job and I needed the money, even though I knew that it was less than the minimum.”

San Francisco has the highest minimum wage in the country, and it is pegged to inflation. In January, it rose to $10.55 an hour. But the high wage is offset by one of the nation’s highest costs of living.

A 2010 study by the UCLA Institute for Research on Labor and Employment found that almost 76 percent of undocumented workers in Los Angeles had worked off the clock without pay, and more than 85 percent had not received overtime pay.

With little enforcement from federal and state labor agencies, community organizations focused on labor rights have stepped into the fray.

When Lozano began questioning his employer about his missing wages and faced termination, he reached out to an advocacy group called Young Workers United for help. The San Francisco-based nonprofit works to defend youth and immigrant workers’ rights.

Josué Argüelles, the group’s co-director, said he asks workers first if they have colleagues who are exploited. If so, the organization leverages strength in numbers, either confronting the owner or immediately reporting the violation to city inspectors.

In Lozano’s case, two other workers faced similar circumstances. In September, Lozano went to the city’s Office of Labor Standards Enforcement, which charged the employer for back pay and taxes for all workers involved.

Lozano’s advice for fellow immigrants he meets who also tell stories of being exploited, but fear harassment, retaliation or deportation: “Do not be scared to have to go up and say what is happening. You do not have to stay silent.”

Lozano is now paid the San Francisco minimum wage. His work life is still tough by any standard.

He rises before sunrise to unlock another restaurant in North Beach, downstairs from the room he rents. Lozano works alone, but quickly. He must have the floor mopped, counters wiped down, dishes washed, garbage emptied from the night before, and all the food prepared before his supervisor arrives.

Later that afternoon, he will go to his second job at a car wash in the Mission District, and later attend classes at City College of San Francisco. There he studies English as a second language.

“At the moment, I feel comfortable with two jobs because they pay me what they are supposed to — minimum wage — and I feel comfortable,” Lozano said. “But it is never enough, you know. There are always more expenses, like rent and food and public transportation. It is expensive to live in this city.”

Tearsa recently graduated from San Francisco State University with a bachelors in photojournalism and a minor in international relations. She hopes to travel visually documenting world issues and humanitarian efforts. Immigration reform is her area of interest and expertise.