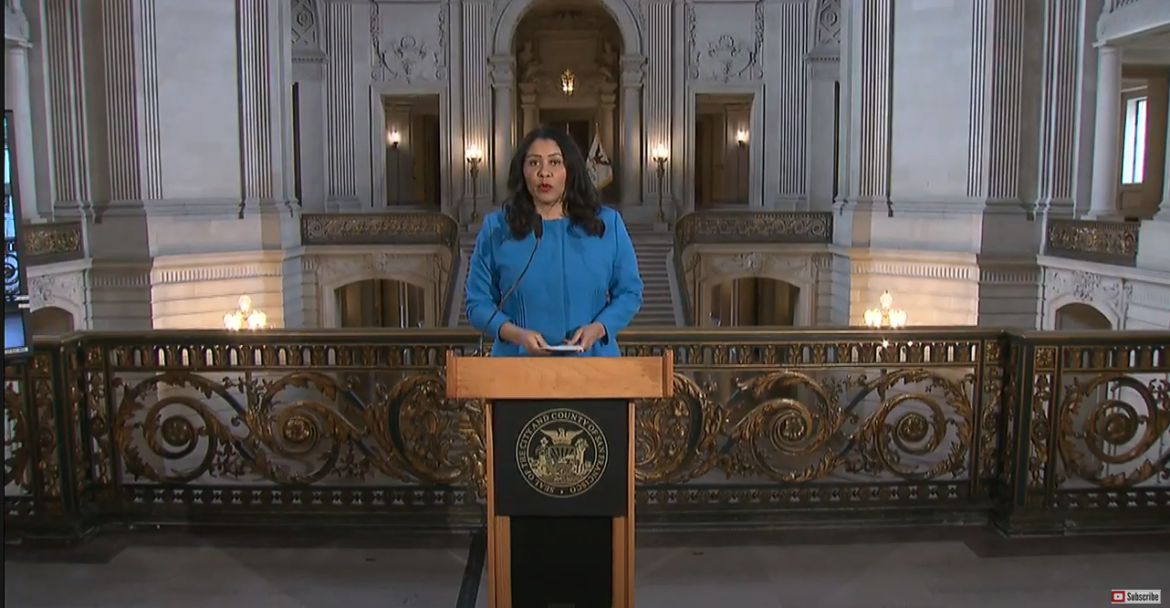 Mayor London Breed said Tuesday the city was ready to move past the current plan that limits vaccinations to health care workers and those over 65 years of age.

She said that although the city would expand eligibility to more people, “the vaccine supply is still limited.”

The city and health organizations, such as Kaiser Permanente, UCSF and Sutter Health, have worked together to open mass vaccination centers at the main City College of San Francisco campus and at Moscone Center, with other large centers planned. Smaller centers, including ones in the Mission, Western Addition and Bayview neighborhoods, along with pop-up vaccination sites, are also being rolled out.

The doses allocated to the Department of Public Health, combined with those given to organizations like UCSF, have allowed the city to vaccinate about 4,000 people a day. Colfax said that’s far below what could be done: “If I could get 10,000 vaccines after this press conference, we would get them into arms in 24 hours.”

Despite the vaccine shortage, the Department of Public Health reports that 30% of San Francisco residents 65 and older have received their first dose and 2.5% their second dose since the vaccinations began in December. Overall, 13% of residents have been inoculated.

Residents can sign up online to find out if they are eligible and make an appointment, or call 311.

Update: The city issued a press release following the press conference and updated the date on which the city will expand vaccine eligibility. This story has been updated to reflect that change.

Listen to the press conference from the Department of Emergency Management in its entirety on the San Francisco Public Press’ radio station KSFP-LP in San Francisco at 102.5 FM at 7 p.m. on Feb. 9, or on our audio stream at KSFP.fm.