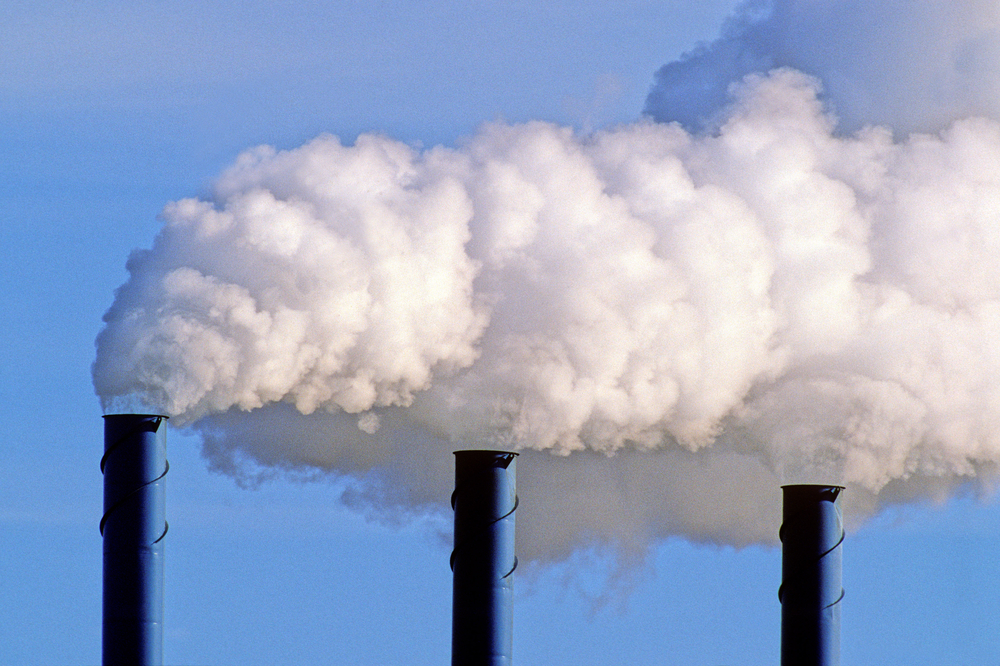 Instead of releasing carbon dioxide into the atmosphere like most coal-fired power plants, a site near Bakersfield would inject it into the ground. Photo by

A plan to build a power plant in Southern California that buries its carbon dioxide underground could help the industry meet California’s greenhouse gas reduction goals. But local concerns about health effects of other air pollutants could tarnish the project’s environmental claims.

The Hydrogen Energy California project near Bakersfield would gasify coal and petroleum coke instead of burning the materials. It would inject most of the carbon dioxide produced in the process into oil wells instead of releasing it into the atmosphere. At an estimated cost of $3.15 billion, the project would be California’s first such commercial-size facility, and among the largest in the nation.

State and federal regulators are betting that a range of new technologies could help pave the way for California to meet its plan to reduce greenhouse gas emissions to 1990 levels by 2020. The plant would produce 80 percent less greenhouse gas than would a similarly sized traditional coal-fired plant, according to the company behind the proposal, Massachusetts-based SCS Energy.

The U.S. Department of Energy, as part of its research and development of “clean coal,” awarded the project a $408 million grant in September 2009.

“If Hydrogen Energy California shows that this technology is successful, the Department of Energy can deploy it elsewhere,” said Chris Davis, a site planner at the California Energy Commission. He said federal officials are looking for many ways to control coal emissions across the country.

But community groups in Kern County fear that the facility will add toxic air and ground contaminants to a region already struggling with high pollution levels. They question whether the developers are being honest about how clean the operation will be locally and globally.

The process that the plant project would use, called “gasification,” could produce hydrogen to fuel a roughly 300-megawatt power plant.

It would also produce carbon dioxide gas, roughly 90 percent of which would be sent to the nearby Elk Hills Oil Field for injection underground for “enhanced oil recovery,” the project developers said. Oil giant Occidental Petroleum Corporation owns the oilfield.

In addition, SCS Energy said the project would produce about 1 million tons of low-carbon fertilizer a year.

Gasification converts carbon-based materials, such as coal and petroleum, into carbon monoxide and hydrogen by partial oxidation at high temperatures. The resulting product is called synthesis gas, or syngas. SCS Energy said the syngas would be cleaned and mixed with steam to separate out carbon dioxide and nonpolluting hydrogen fuel.

Tim O’Connor, director of the Climate Policy Initiative at the Environmental Defense Fund, said large-scale carbon capture and sequestration could be crucial for reducing greenhouse gas emissions. Under the Global Warming Solutions Act of 2006, California must bring emissions down to 1990 levels by 2020, and by 80 percent by 2050. It is the nation’s first economy-wide cap-and-trade system.

Under its new carbon market, California plans to reduce the total emissions allowed from most industries, meaning the price of carbon would presumably increase as pollution reductions become harder to achieve.

The complex carbon accounting now taking shape in the state has anticipated the new technology, so even the carbon injected underground eventually will have a price. Officials say the carbon market will send a “price signal” to businesses using these new technologies so that there is no net increase in carbon emissions.

Gasification and injection processes would essentially force carbon underground only to extract it in another form — oil. But the regulations do not “give a free ride to oil coming out of the ground,” O’Connor said.

Although carbon capture and sequestration is not needed to meet short-term reduction goals, O’Connor said, “as a state, as a nation, as a planet that’s in a climate crisis, it likely has to be part of the mix, in order to facilitate reductions across the world.”

But California regulators will approve carbon sequestration facilities only if protocols are established to monitor and verify that the carbon is captured and permanently stored underground, and verify how much was injected, O’Connor said.

The San Joaquin Valley Air Pollution Control District is home to more than 10 percent of California’s population but accounts for 13 percent of the state’s most concerning air pollution, according to the American Lung Association. The hot weather, bordering mountains and periods of stagnant air trap pollutants.

“Criteria pollutants,” including ozone, lead and carbon monoxide, are most often byproducts of fossil fuels or industrial processes. The pollutants are linked with smog, acid rain and other health problems.

Underscoring the area’s problems, the California Environmental Protection Agency released an analysis in April showing that the San Joaquin Valley contains close to one-third of the state’s communities most burdened by pollutants.

In 2012, Bakersfield was identified as the city with the third-highest level of ozone pollution in the United States. Visalia, Fresno and Hanford also crowded the top of the list.

SCS Energy’s plans to deliver coal to the power project by train, truck or a combination of both has raised the concerns of neighbors of the project.

Tom Franz, president of the Association of Irritated Residents, said communities could be exposed to coal that spills on railway tracks before reaching the project.

Franz said trains for many years delivered coal to small coal-fired plants in Bakersfield, Shafter and other communities near the project site.

From the railway tracks, one can now “walk 50 feet anywhere in Kern Country where trains traveled and pick up pieces of coal,” he said. “And the coal we don’t pick up has already weathered down to dust and been blown away.”

The toxic coal dust can go in any direction and can end up on neighbors’ doorsteps, he added.

Chris Romanini, a farmer who is part of a group called Concerned Neighbors of Hydrogen Energy California, expressed similar concerns. She said local farmers are concerned that their crops could be exposed to toxic emissions if an industrial accident occurred.

Romanini said SCS Energy has ignored requests to place an air monitor in a school about two miles downwind from the proposed project.

The plant’s emissions would be equivalent to or less than those of a modern natural gas-fired power plant, Rau said.

SCS Energy does not have a buyer lined up for its electricity, but it is in discussions with the state’s big three utilities — Pacific Gas & Electric, Southern California Edison and San Diego Gas and Electric, Rau said.

Rau said the developers expect the facility to come online in 2018, following approvals by regulatory agencies, and construction. Those agencies include the California Energy Commission, the Department of Energy and the California Public Utilities Commission.

Regarding the potential problem of fuel spillage during transport, Rau said SCS Energy would address the issue before construction. “We will take measures to ensure that coal is not dropping out of the rail cars,” she said. “It’s not our intent to have coal falling out of rail cars.”