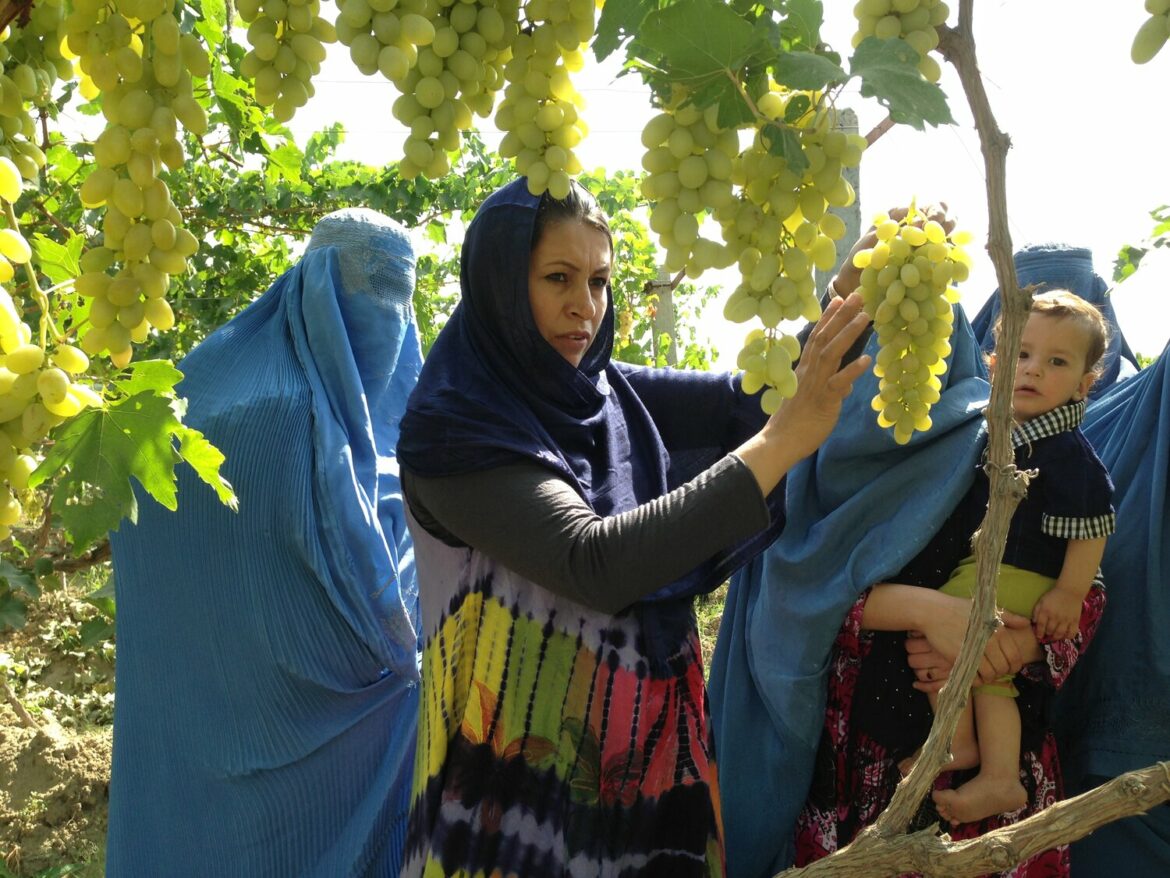 Courtesy of Roots of Peace.

Women in a vineyard in Afghanistan.

The swiftness with which Afghanistan’s former government collapsed and the Taliban reclaimed power in the war-ravaged country took the world by surprise. The withdrawal of American and NATO forces from the country exposed the sandcastle structure the former government was built on. Its collapse in August left tens of thousands of people who had worked for the government or for international organizations vulnerable to reprisals from the Taliban, who had previously ruled the country under a harsh interpretation of Islamic law. It also left women who had gained a degree of autonomy under the former government vulnerable to being removed from their jobs or their studies.

San Rafael-based Roots of Peace remained in the country after the fall, working to clear minefields and convert them to productive agricultural land. This is work the group has done for more than 20 years around the world, from the former Yugoslavia to Vietnam. Roots of Peace’s founder and CEO Heidi Kuhn felt a responsibility to help any of her Afghan employees get out of the country with their families if they desired.

“I was not equipped to handle the volume, the unprecedented amount of foreign policy that I had to instantly understand in order to navigate through this maze,” Kuhn said.

Siawash Safi, director of technology at Roots of Peace, left Afghanistan in 2019 to join family here in the Bay Area. He had been working to get his wife and children to join him in the U.S. for the past couple of years with Kuhn’s help. That task took on new urgency after the Taliban takeover.

Kuhn went down her contact list of influential people and met with lawmakers including House Speaker Nancy Pelosi to help get Safi’s family and other stranded Afghans out of the country. Safi’s parents, his wife and two children reunited with him in January. The family now lives together in Pleasanton.

Safi still has siblings and other friends and relatives in Afghanistan. He said they’re telling him the political situation there has stabilized to a degree, but also that the economic situation has become dire.

“When I talk to my family and friends who are behind in Afghanistan, they say ‘the security has improved, but there is no money and no food,’” Safi said.

“Under the Taliban regime, people don’t have anything to eat, and people are sleeping with empty stomachs. People are very worried about their future,” he said.

Safi said that even though the war is over and U.S. troops have left, he hopes Americans will continue to think about Afghanistan and want to help the country and its people.