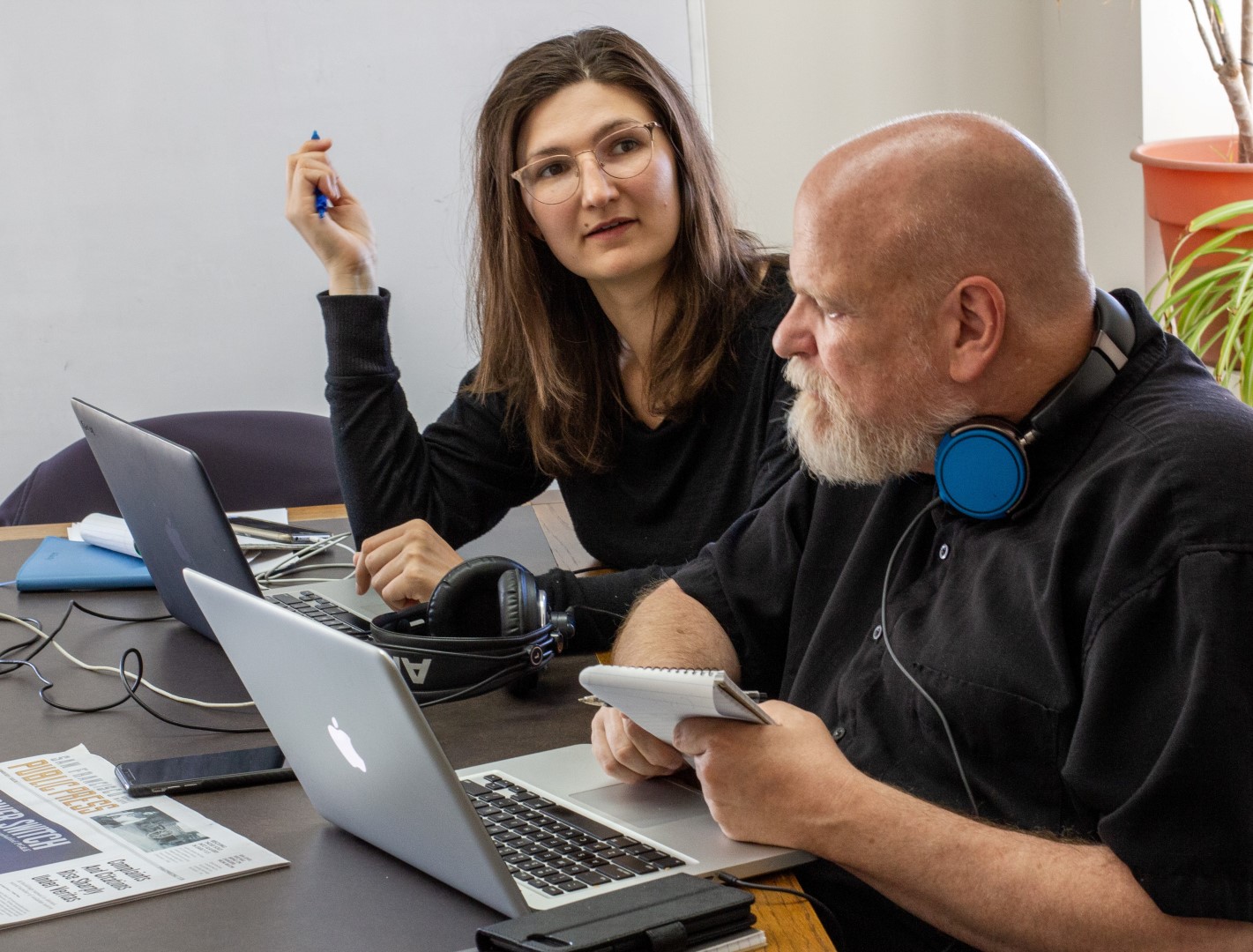 In keeping with its interest in experimenting with new platforms for local public-interest journalism, the San Francisco Public Press is launching a city-focused news and talk show on KSFP, a low-power radio station that the organization launched on 102.5-FM in August.

The show, “Civic,” will be a test bed for emerging audio-storytelling approaches, combining the intimacy of community broadcasting with professional journalistic standards and a contextual understanding of the origins and effects of local public policy.

“Civic” will air on KSFP, and segments will be made available as podcasts. Some programs will be livestreamed. The Public Press is in conversations with several potential partners, including other public broadcasters, to share content or develop other forms of collaboration.

The show “provides context and depth for complex, evolving policy stories, well before they’re placed on a ballot or presented publicly by agencies,” said Michael Stoll, executive director of the Public Press. “Our goal is ambitious: to create an essential audio news source about the inner workings of one of the world’s great cities.”

After 10 years in operation, the Public Press has hit its stride, moving out of its own startup phase to establish itself as a viable, award-winning, noncommercial investigative news organization. Why take on another startup project, in another medium, especially now?

Over the years, the Public Press has built a paid membership program with a devoted following of donors, including many influencers in San Francisco in politics and public affairs. But Stoll said the news organization hasn’t attained widespread name recognition because of lack of marketing resources. The growth and maintenance of a broad base of donors are ways that hundreds of local nonprofit newsrooms across the country hope to achieve long-term sustainability. A key part of the organization’s mission is to increase the relevance of local news to diverse audiences.

A solution appeared in an opportunity to share a radio frequency with another low-power FM station, the music- and culture-focused KXSF, run by San Francisco Community Radio. The two groups jointly operate a transmitter on Sutro Tower, with separate broadcast licenses. They hand off signals every six hours, with KSFP broadcasting from 4 a.m. to 10 a.m. and from 4 p.m. to 10 p.m.

“Low-power FM radio offers a relatively low-cost way to cross platforms and reach new audiences in a field that is bursting with creative excitement,” said Stoll. “It will allow us to open the airwaves to diverse local voices, filling the void of varying perspectives on civic issues.”

The Public Press joins a growing movement in community radio. Surveys by the Pew Research Center show that low-power stations have doubled their numbers since 2014, with about 1,500 producing a diverse mix of music and talk content across the country. Low-power stations are commercial free, and licenses are granted strictly to nonprofit organizations. These stations operate at a maximum power of 100 watts — about as much electricity as a single lightbulb — which provides a reach of several miles, depending on the topography of the community. The frequency KSFP and KXSF are using, 102.5-FM, reaches most neighborhoods in the city, but can’t be picked up behind the tallest of the city’s hills or inside some buildings with thick concrete walls.

But those physical obstacles don’t limit audiences: Digital audio content production is fast expanding the potential reach of community radio via audio streaming and podcasts. That’s how the Public Press expects “Civic” will reach most listeners.

“Most low-power FM broadcasters are music stations,” said Lila LaHood, the Public Press’ publisher. “In our research, we found a small number of journalist-run stations that showed it can be done. But this is mostly unexplored territory. The challenge for us is to show that low-power community broadcasting can meet high journalistic standards.”

“The Public Press has always been comfortable reporting inside San Francisco’s halls of power while maintaining an independent viewpoint,” Martin said. “It brings a broader range of voices — from wonky insiders to neighborhood activists — plus a lot of context and data that’s often missing from the usual City Hall coverage. ‘Civic’ can put those voices and in-depth understanding into an immediate and approachable conversation that can give San Franciscans insights into the challenges the city faces, as well as a sense that they don’t have to be on the outside looking in.”

Digital distribution, Martin said, will help “Civic” reach as many ears as possible with the greatest impact. “It will capture the people who’ll listen to the podcast while riding on Muni, or who may check out a particular episode a friend told them about.”

During KSFP’s startup phase, “Civic” is running one hour, five days a week (repeated once daily). The fifth day consists of the best stories from the week compiled into a weekly podcast. Syndicated content from the Public Radio Exchange and several local programs fill the rest of the time, and gradually through early 2020, the station will include more curated content produced by local, independent producers, who also have the option of becoming fiscally sponsored by the Public Press.

“Public broadcasting has to develop programs to attract a big audience, which makes them risk averse to trying new things,” said Mel Baker, who was hired as producer for “Civic.” Low-power FM radio, on the other hand, has the latitude to experiment.

A veteran news reporter and former producer at the news radio station KGO-AM, Baker brings 30 years of broadcasting experience, including stints at National Public Radio, KTVU television and KQED public radio. Despite his long career at larger broadcasters, he still gets a thrill out of the scrappy feel of community radio.

With the creative freedom that comes with the low-power FM model, combined with the chance to build an audience in the digital space via streaming and podcasts, Baker said he felt the same excitement he once experienced as a young antinuclear activist decades ago.

“We had no money, no resources back then,” Baker said. “I worked in a small office, crashing on the couch the first year. But we did great things.”

KSFP, he said “feels like a cause. Not a political cause. This is a cause for journalism itself.”

Laura Wenus, host and reporter for “Civic,” is a former producer for KALW’s daily talk show, “Your Call,” and before that served as managing editor at Mission Local, a neighborhood news website that has long collaborated with the Public Press. Wenus was attracted to the job because of its flexible format and the opportunity to do daily news reporting again.

“If I want, I could take my time and look at a story from five different angles, one each day, and then turn them into a podcast that offers a comprehensive look at what matters most about an issue,” she said. “Or we can produce stories fast. We can even decide, impromptu, to change the format, right up to the last minute. The freedom we have is radical. It’s not offered by any other news institution that I know of.”

The launch of KSFP brings the Public Press full circle back to its beginnings as a nonprofit journalism organization. “We want people to think of KSFP as public radio inspired by a public newspaper inspired by public radio,” Stoll said.

In other words, it’s about the best practices of community radio merged with the journalistic ambition of print-style public-interest journalism.

Linda Jue is editor at large for the Washington, D.C.-based investigative reporting website 100Reporters. She is also a reporting and writing coach for grantees of the Fund for Investigative Journalism. She lives in San Francisco.