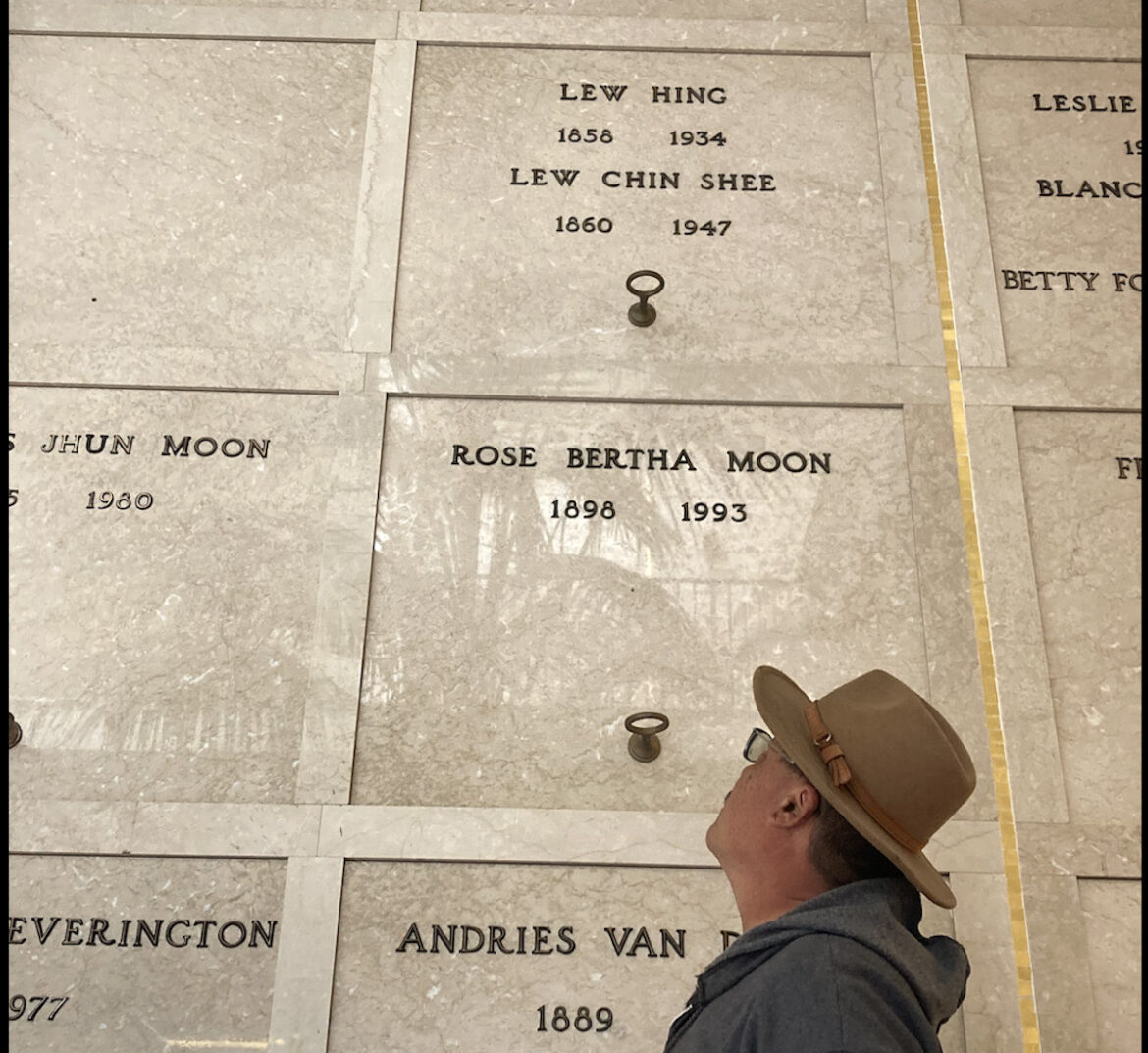 Derrick Soo’s great-grandfather, Lew Hing, was one of the wealthiest Chinese immigrants in the U.S., but lost everything when the government took his businesses away, according to a family history. Soo never benefitted from his legacy. He now lives in a homeless encampment in Oakland.

This article is adapted from an episode of our podcast “Civic.” It is the first in a two-part series examining factors contributing to the extreme wealth inequality in the Bay Area. Click the audio player below to hear the full story.

A 2019 study by the economic advocacy group Prosperity Now found that 40% of U.S. households are one paycheck away from poverty. And that was during a period with the lowest unemployment rate in decades. Income inequality only grew substantially during the pandemic, as the country’s billionaires got 70% richer.

While this economic chasm continues to expand, much of it is grounded in discriminatory economic practices dating back to the early 20th century that made it difficult for members of racial minorities in the U.S. to accumulate wealth — or to keep what they were able to acquire.

San Francisco alone is home to 77 billionaires, but more than 34,000 people are homeless across the Bay Area and more than 800,000 live in poverty. That’s a problem for everyone because research has shown that large disparities in income can exacerbate social ills.

Current Bay Area wealth disparity figures are reminiscent of the Gilded Age of the 19th century. Railroad barons and industrial magnates became unimaginably rich, but under the shiny surface of prosperity lurked poverty, unemployment and corruption. Then came the Great Depression.

Among the New Deal policies was legislation crafted to empower workers. According to Diane Frey, labor studies professor at San Francisco State University, the National Labor Act and National Labor Relations Board were adopted to enable workers to organize.

“It went to the issue of this massive depression, and employers aren’t putting enough money in workers’ pockets to help the economy to recover,” Frey said. “And so, it was really to putting their finger on the scale to allow workers — and even the original bill talks about — they want to encourage collective bargaining.”

But New Deal programs did next to nothing to help African Americans out of poverty. San Francisco State University journalism professor Venise Wagner researched the way unionization impacted her grandfather in her award-winning article, “Living Red: Black Steel Workers and The Wealth Gap,” about the discrimination her grandfather endured while working in a Chicago steel mill in 1942.

“A white worker, usually an immigrant worker, would come in,” Wagner said. “My grandfather would train them, and then within a week or two, that person would suddenly get a promotion above my grandfather.”

“This has happened to him over and over again,” she said. “And this was all sort of dictated and agreed upon by the union. So, the union was complicit in this marginalization of African Americans.”

Many Asian American families in the Bay Area were also stripped of generational wealth. Among them is Derrick Soo. His great-grandfather, Lew Hing, immigrated to the U.S. in 1871.

“He originally came here, he’s about 11,” Soo said. “When he first arrived, his older brother went back to China, but unfortunately was killed in a fire on board the ship. And so, he was literally left here in America by himself, not speaking any English, and having to face a lot of racism of the time.”

Despite these enormous challenges, Lew Hing became one of the wealthiest Chinese immigrants in the country. He was a founding father of Chinatown in San Francisco and in Oakland. He was the first president of the Bank of Canton, he built two hotels, and he was chairman of the Board of Directors for the China Mail Steamship line.

It all began when he pioneered a form of soldering that’s still used in the canning industry. By 1914, his company, Pacific Coast Canning, was the largest employer in Oakland, with more than 1,000 employees during the height of the canning season. Then he went global.

During World War I, the company began supplying canned goods to the starving civilian population of German-occupied Belgium.

Ever the visionary, Lew capitalized on the era’s enormously popular depictions of the Wild West by using a Wild Bill Cody-like character for his tin labels. Eventually, Buckskin brand canned goods would make their way throughout the Western hemisphere. The historical impact they had on Europe and the U.S. is immeasurable.

“It introduced cowboys and Indians to the rest of the world,” Soo said. “And that’s what opened up the eyes of the world. ‘Wow, there’s great food here coming from Oakland, California, we need to go there.’

“A lot of our immigrants from Portugal, from Spain, from Ireland, from Scotland, came here to America thinking ‘Oh a place like this has got to be — they’re making such great canned goods, foods, they have to be employing people.’ And the factory did.”

Despite Lew’s unbelievable success, his descendants inherited next to nothing. In fact, since 2012, Soo has been living in a city-sanctioned homeless encampment in Oakland that he shares with three other people.

That’s because by the time Lew died in 1934, he had been forced to liquidate most of his business holdings, leaving him stripped of the wealth he spent his whole life earning. Soo’s cousin Bruce Quan, Jr., wrote a book about it titled “Bitter Roots, Five Generations of a Chinese Family in America.”

Asian business owners all over California were victimized by violent rampages that threatened their lives and destroyed property. Among them was Lew Hing’s cannery in Antioch. Last year, news media examined this violent past when Antioch leaders apologized for the city’s disgraceful history.

Soo said he believes that had it not been for the racist policies and actions against his family, their legacy would look much different today.

“I feel that we would have been equal to some of the largest food manufacturing families, such as the Kraft family,” Soo said. “We were the third largest on the entire west coast, so we were competing against, like, Del Monte, which still exists today. So, we would still be a rival if it weren’t for the racist laws that took our business away. Our family was devastated.”

Use the player at the top of this story to listen to the full episode for an extended conversation on these topics, including the many obstacles that people who lack housing encounter when trying to get employment.

We will continue this discussion in an upcoming “Civic” episode examining how Depression-era programs that helped World War II veterans secure housing excluded African Americans. We’ll also talk about the backlash against policies that empowered unions and workers. And we’ll look at policy proposals from the Biden administration that may usher in a more equitable future.